You are here:  Towns -> Places to Visit in Somerset -> Cheddar

Things to do in Cheddar, Somerset

Cheddar is probably the most famous village name in the English speaking world and so widely recognised that many people do not realise that it is actually a place in Somerset. 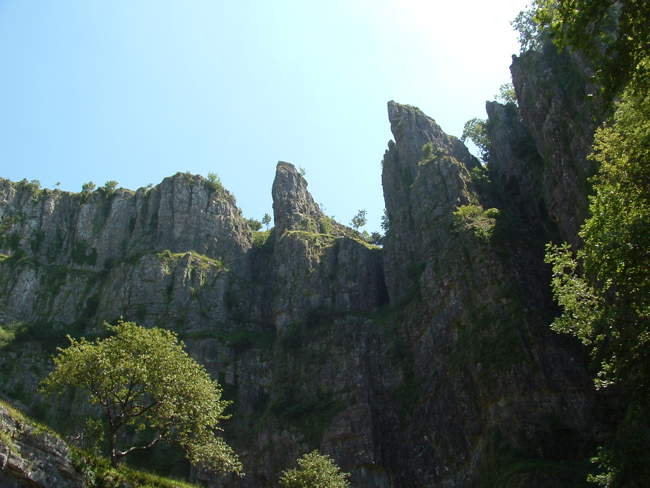 The only comparable village in Europe is the small village of Camembert in Normandy and would have been an ideal twinning candidate had Vernouillet in France and Felsberg in Germany not been chosen!

Cheddar's name has its origins in the Saxon term for 'ravine', which was 'ceodor' so the words 'Cheddar Gorge' actually mean 'Ravine Ravine'!

Cheddar is a mix of old and new, commerce and tourism, successful enterprises and boarded up shops.

There is an abundance of cafes, pubs and restaurants offering good quality service at sensible prices and it would be invidious to single any out other than the superb and very popular Cheddar Cottage Indian restaurant!

The High Street boasts a first class family butcher, a quality gentleman's outfitter and the best hardware and electrical shop for many miles around. 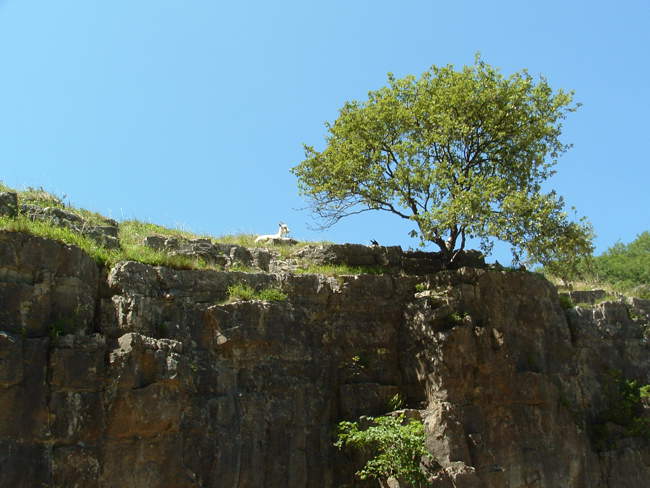 The Christmas Shop is open all year round and the Toy and Model Museum is an absolute must for model train enthusiasts.

For the more active and outdoor-minded Cheddar offers everything from serious rock climbing, hill walking and pot-holing.

The old Strawberry Line railway is now a cycle path offering the option of cycling as far as Yatton and Cheddar Reservoir - it also provides a great jogging circuit.

Whatever the time of year and whatever the weather (it never rains in the caves) Cheddar is waiting to welcome you... say cheese!

Man has been here since the very dawn of time with the oldest human remains dating back some 13,000 years and an old flint axe has been carbon dated back to 100,000 BC. 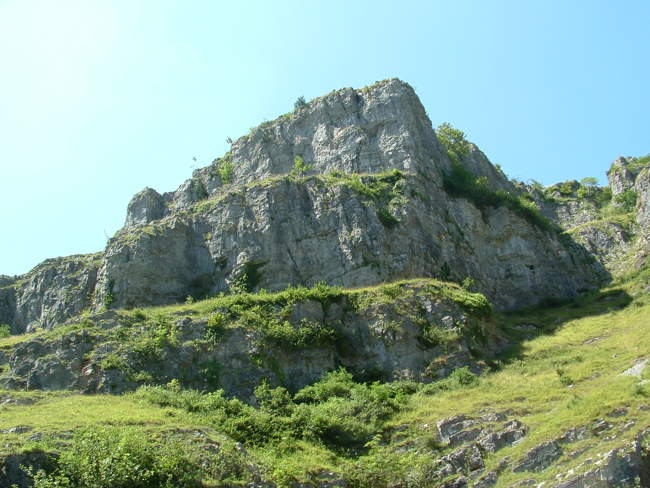 The ancient Celts who inhabited the area prior to the Saxons believed that certain hills were hollow and thereby provided a gateway to the subterranean world of spirits and fairies.

It is not difficult to understand how the Mendips in general and Cheddar in particular attracted such beliefs and superstitions.

The Romans occupied Cheddar and built a villa on the site of what is now St. Andrew's Church and the Roman Soldiers overseeing the Mendip mines had their accommodation at the nearby 'lost village' of Carscliff.

The Saxons built a Palace at Cheddar in the grounds of what is today the Kings of Wessex School and in the 10th Century the Saxon 'Witan' (gathering of elders) met there on three occasions.

The area around Cheddar and Axbridge was a Royal Hunting Park for first the Saxon Kings and then the Normans after their arrival in 1066. 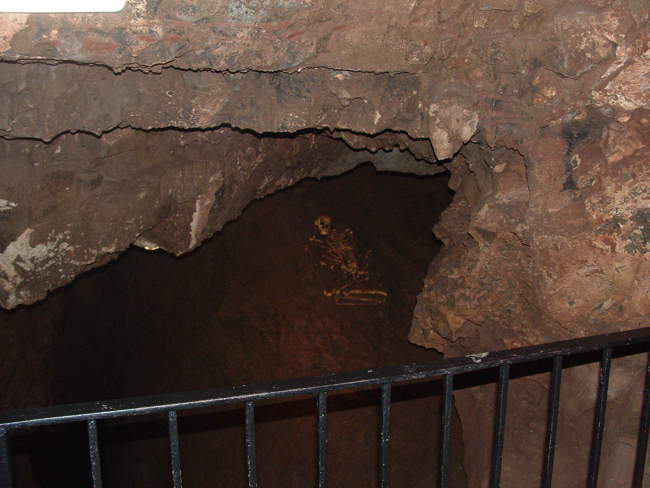 The Norman nobleman Henry of Huntingdon, writing in the early 12th Century about the wonders of England recorded that: 'Cheder Hole', where is a cavity under the earth, which though many have often entered and there traversed great spaces of land and rivers, they could yet never come to an end'.

This was possibly the first tourist information to be written about the village by the ravine but it most certainly wasn't the last.

Cheddar Gorge is without doubt one of the most amazing sights in Britain, succinctly described by the 1930s travel writer Arthur Mee as "a grand canyon a mile long into which we could drop St Paul's Cathedral so that the dome would be lost 100 feet below the peaks."

One of the great legends of the gorge was that the Saxon King Edmund was hunting here in 942 AD when his hounds ran full tilt over the edge of the cliffs.

Miraculously the King's horse managed to stop at the edge of the gorge and Edmund, believing that the hand of God had saved him, duly sent for Dunstan, whom he had deposed, and made him Abbot of Glastonbury.

The gorge itself is home to an abundance of flora and fauna some of which is unique to Cheddar, including the very rare 'Cheddar Pink' flower "Dianthus gratianpolitanus".

The Times newspaper has reported that Scientists have identified three previously unrecorded species of tree in Cheddar Gorge all members of the whitebeam family growing up to 30 feet in height. 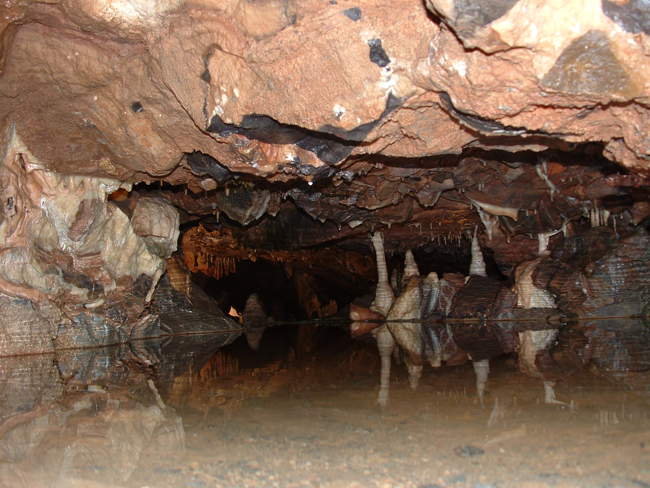 Making a meal of all this rare foliage is the Gorge's resident population of goats and Soay sheep, which share the real estate with dormice, large blue butterflies, Peregrine Falcons and lots of Jackdaws.

If all that lot was not enough, staff at the Gorge spotted an Osprey in June 2008!

Below all this natural grandeur are the cave systems that have been inspiring awe and wonder for generations.

The caves at Cheddar, with their constant temperature and humidity, were found to be an ideal environment for aging the local cheese 'Cheddar' cheese is now made around the world.

The old village of Cheddar lies below the gorge with an 15th Century Market Cross at the centre.

The jewel in the village crown is, without doubt, the magnificent Parish Church of St. Andrew with its tower rising some 110 feet ending in a beautiful parapet and pinnacles crowning the buttresses.

The Church is 14th Century and inside there is a great deal to admire, not least the superb 15th century stone pulpit, which is a match for any in the West Country. 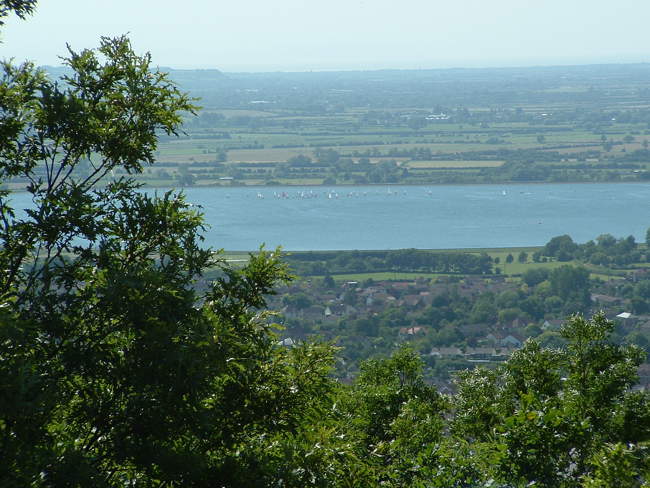 The tower has a bell dating from 1759 which was cast by one of the country's foremost bell founders, Thomas Bilbie of Chew Stoke.

St. Andrews is rich in woodwork with scores of old bench ends carved over 500 years ago and each depicting some aspect of mediaeval life.

On a fine summer day in the year 1789 a black carriage was driven through Cheddar taking a gentleman traveller to see the great gorge.

The passenger observed the poverty stricken hovels, the dirty half-naked children running alongside and the ragged, openly hostile women standing at their doors to watch him go by.

The gentleman they were observing made notes as he progressed up the hill.

His name was William Wilberforce, the world-renowned philanthropist and anti-slavery campaigner and there was no doubt that Cheddar had made a deep, lasting and very shocking impression on the great man.

A letter was sent shortly afterwards by Wilberforce to one of his close circle of friends, the writer Hannah More, in which he pleaded that "Something must be done for Cheddar".

This was the start of a process that brought schools, education and the start of improvements to the degrading social conditions of the populace of the Mendips.

Hannah More and her sisters set about making an assessment of what needed to be done and were appalled at what they found.

Her work continued right up to her death in September 1833 and for anyone finding themselves in the village of Wrington, Hannah More's grave is to be found to the left of the path leading to the main door of All Saints Church. 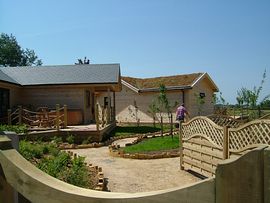 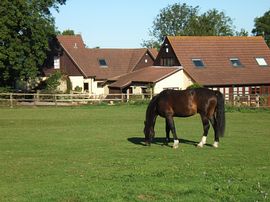 more self catering near Cheddar...

Days Out in Cheddar

Places to Visit near Cheddar