You are here:  Towns -> Places to Visit in Lancashire -> Blackburn

Things to do in Blackburn, Lancashire 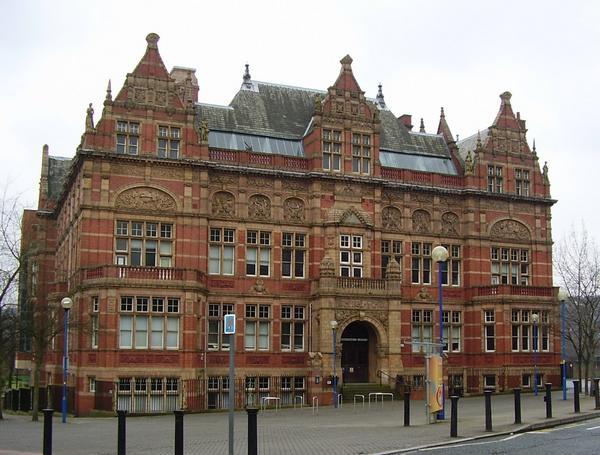 Blackburn is a large industrial town in Lancashire, 21 miles north west of Manchester. It lies between the Ribble Valley and the West Pennine Moors in a depression surrounded by hills.

The early settlement grew up on the Roman Road from Manchester to Ribchester where it crossed the Blakewater River. Even older Bronze Age burial urns have been found in the surrounding hills.

In the 11th century Domesday Book the town was listed as "Blackeborne", a royal manor. 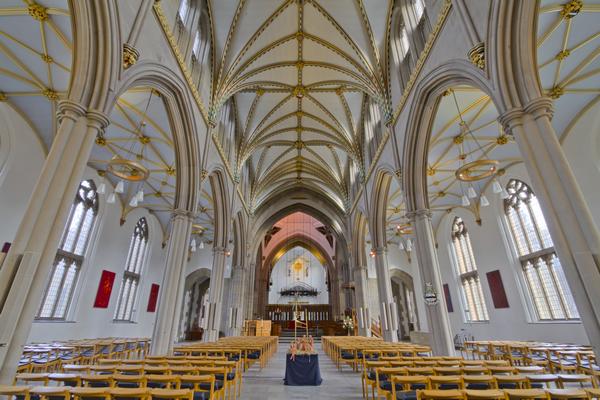 All Hallows Spring is located on Railway Road and was possibly in use during the Iron Age. The holy well was excavated in 1654 and a Latin inscribed stone was discovered commemorating the dedication of Temple Serapis.

Blackburn's fortunes were tied to the woollen industry from the 13th century onwards. The surrounding hills were ideal for rearing sheep and the wool was spun on home looms. In the 14th century, Flemish weavers settled in the area, adding their skills to the cottage industry. Blackburn checks became a distinctive pattern in blue and white. 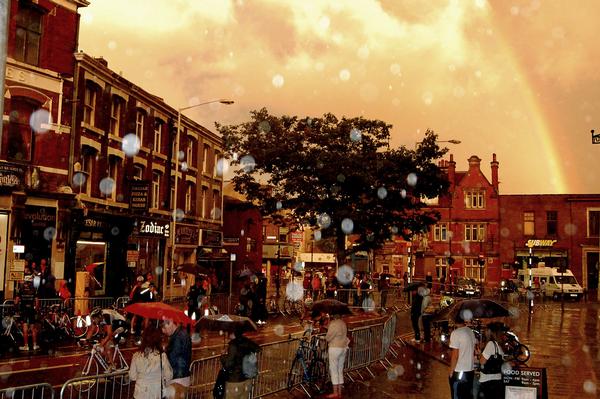 The inventor of the spinning jenny, James Hargreaves, was himself a Blackburn weaver. With the later industrialization of the textile industry, Blackburn was at its zenith during the 18th century and 19th century. At that time the population grew from 5,000 to over 130,000.

The Leeds and Liverpool Canal was built in 1810 to provide transport for the raw cotton and cloth. In 1846 the railway was opened and in 1881 horse-drawn trams ran along the streets.

During the 20th century the textile industry went into terminal decline and the town faced economic deprivation. By 1930, 50 mills had closed due to the expansion of India's textile industry and the worldwide slump in demand. Automated looms added to Blackburn's unemployment woes.

The town gradually regenerated with government investment creating new council houses and the expansion of the engineering industry.

Present day Blackburn has an estimated 105,000 residents of which around 25% are Muslims.

The town centre includes the Church Street area which has listed Art Deco Waterloo Pavilions. Blackburn Markets operate three days a week. The Indoor Market is open daily and sells local delicacies such as Lancashire cheese and Bowland beef. The Mall Blackburn has 130 shops with a further 400 retail outlets nearby.

The present cathedral was built in 1820 on the site of an earlier medieval church. It has six bells cast in 1737 and is situated near the railway station and the BBC Radio Lancashire offices.

Blackburn Rovers FC has had a successful history and matches can be attended at the Ewood Park stadium.

Things to Do Around Blackburn

Blackburn has several parks including the Witton Country Park which covers 480 acres. It is a popular recreation area and is used by the Blackburn Harriers and Athletics Club. There is a small animal centre for children.

Visit the Cathedral to see the Lantern Tower with its 56 panes of colored glass. It often hosts lunchtime recitals and has an excellent Café in the Crypt.

The Blackburn Museum and Art Gallery has many typical exhibits as well as the Bowdler collection of beetles.

more self catering near Blackburn...

Days Out in Blackburn

Places to Visit near Blackburn