You are here:  Towns -> Places to Visit in Lancashire -> Euxton

Things to do in Euxton, Lancashire 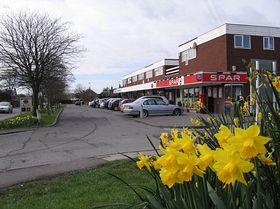 View down Runshaw Lane of the shops © Debra Platt

Euxton village is part of the Borough of Chorley in Lancashire. The village name is pronounced "Exton" and lies just to the south of Leyland, and to the west of Chorley.

Euxton has its own Council named Euxton Parish Council and the village is an area within the Chorley Borough, part of Lancashire County Council.

Euxton Balshaw Lane railway station was re-opened after a gap of some 30 years in 1997. It is on the Preston - Wigan West Coast Main Line. In the near future, proposed for 2009, there will be a second station built, which will serve Euxton North and the new Buckshaw Village development, this will be on the Preston - Manchester line.

Euxton Hall was a significant stately residence which is now a private hospital, and is half it's former glory, with the second story being removed in the latter half of the twentieth century along with its grand colonnade. In front of Euxton Hall is an area of land which is owned by the company which runs the private hospital but is in the long-term tenancy of Euxton Parish Council since 1999 when it was turned in to a Millennium Green for the year 2000.

Balshaw Lodge is now a private property, it has in recent years been renovated and added to. The Lodge was originally built as guest lodgings for the Euxton Hall. Euxton Hall Gate House can be seen at the bottom of the brow by Chapel Brook Bridge, near the parish church.

There was a large Royal Ordnance Factory (ROF Chorley) built in Euxton in the build up to World War II. At its peak the factory employed over 40,000 people and had its own railway station. It was probably the biggest munitions filling factory in the World and, it is said, that the bouncing bombs used in the Dambusters Raid were made there. ROF Chorley later came under the ownership of British Aerospace and over recent years was closed down in sections with the land being sold. The last employees of the last units on site leaving at the end of 2007. In early 2000 parts of the former ROF Chorley site were effectively flattened and sanitised, so the land could be transformed into the new Buckshaw Village.

Buckshaw Village is a new residential and industrial area between the towns of Chorley and Leyland in Lancashire, the original area of Buckshaw being part of Euxton. It is one of the largest urban development sites in the North West of England. It is the largest brownfield regeneration scheme in the whole of Europe.

Buckshaw Village is currently split with sections in three Parish and Borough boundaries. Matrix Park and much of the north west side of the village is in Leyland (South Ribble Borough Council) and a few homes on the Eastern side fall within the Whittle-le-Woods parish boundary. The majority of the homes will be in the parish of Euxton.

The new development is taking place on the former site of the Royal Ordnance Factory (ROF) Chorley, and covers several square kilometres. The area of land was known as Buckshaw, before it was requisitioned by the MOD in the 1930s which contained two listed buildings that the ROF had a duty of care over. The smaller being the Old Worden Hall, which has recently been redeveloped by the Maysand Group. Old Worden Hall was the ancestral seat of a branch of the Farrington family, who later built and moved to Worden Hall in Worden Park, Leyland. The other is Buckshaw Hall, this was built in the 1650s for the Robinson family.

Buckshaw Village is being developed in line with sustainable development principles and aims to transform the 'brownfield' former munitions site. All landscaping is designed so that no earth is transported off-site. The top layers of soil material were mounded and using recycled garden waste combined with sandy clay loam, to produce compost, which was then spread over the mounds to produce woodland areas and green public spaces.

The site has a specific designed sustainable urban drainage systems for storm water drainage which ensures no discharge leaves the site into neighbouring water courses. Measures include roadside verge soakaways and the use of retention ponds which are fully integrated into the landscaping.

There is also an eco-friendly village built in conjunction with scientists from University of Manchester, who are testing various experimental and environmentally friendly principles. The homes will use a variety of energy sources, from geo-thermal and solar power to wind energy. The scheme is now a show village after opening on 25 May 2006.

The transport strategy for this new large village complex incorporates sustainable principles with cycle lanes and public transport included in the masterplan. Improvements to the neighbouring M6 and M61 junctions have already been made.

Road connections nearby include the motorways M6 and M61, as well as the A6 and A49 roads. A new railway station originally due to open in December 2008 but which has now been delayed until 2009 is proposed on the Manchester to Preston railway line between Leyland and Chorley, ensuring that the area will be very popular to new residents and businesses. The new railway station will be situated opposite Runshaw College.

A bus service run jointly by John Fishwick and Stagecoach offers connections to Chorley, Leyland and Preston on route number 109.

Amenities include a village centre with shops and all-weather sports pitches with future plans including a community centre and primary school.

Commercial - Two halves of the development are separated by a major new road called Central Avenue. To the west is an industrial and commercial centre known as Matrix Business Park. Planning permission was granted in January 2007 for Buckshaw Village's first pub which will be situated in Matrix Park.

Another major road named Buckshaw Avenue has been built running West-East through Buckshaw Village connecting Central Avenue to the A6 and opened to the public in May 2007.

A new industrial development called Revolution Park by property developers HelioSlough, plans were announced in February 2006. The 30 hectare site is accessed via Buckshaw Avenue and is situated in the south-east portion of the Buckshaw Village site. This is adjacent to the 2.5 hectare plot occupied by Lex Auto Logistics' new distribution centre completed in late 2006.

Another commercial development by HelioSlough called Buckshaw Link is scheduled for land west of Revolution Park. A number of warehouse and industrial units are planned with four acres of land set aside for a pub, hotel and car showroom.

Housing - Up to 2000 new housing units will be being built by various house builders including Redrow, Barratt Homes, Persimmon and Rowland Homes. The homes are mainly targeted at the family market but many of the new homes are also specifically aimed at first-time buyers with measures such as shared ownership schemes. Additionally, a joint venture between the Hica Group and Caddick Group sees the construction of a new retirement village designed to accommodate 200 homes aimed at over 55's. This will be situated to the west of Central Avenue adjacent to the former BAe Systems buildings. 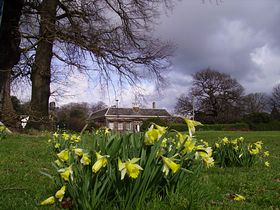 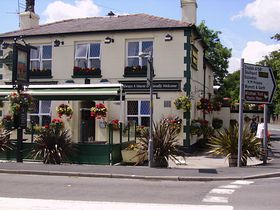 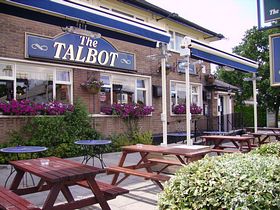 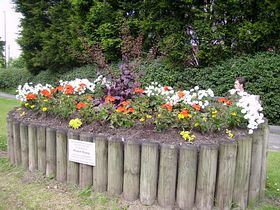 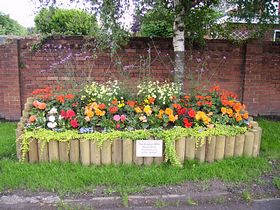 Flowers on the A49, Euxton © Debra Platt 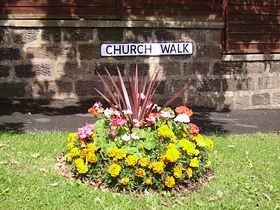 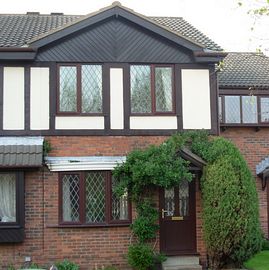 more self catering near Euxton...

Days Out in Euxton

Places to Visit near Euxton