A Short Break in London - Page 3

If your short break in London's aimed at taking in the sights, then you're spoiled for choice. The list of potential locations read like a who's who of world attractions - the Tower of London, the Houses of Parliament, Buckingham Palace, the London Eye, St Paul’s Cathedral, 10 Downing Street, Madame Tussauds, the V&A and so on. The list is huge.

With this silver lining comes one potential cloud, in that if you're keen to take in many of these attractions on your trip,

then you'll need to plan your itinerary quite carefully, usually sweeping east to west or vice-versa. Check out our introduction to London to find details of the many attractions and what they have to offer.

As the many differing areas and boroughs of London have so varied a set of personalities, it can be very rewarding to take time to concentrate on just one or two of them on your short break in London. For example, why not take time to check out the financial centre that is the City?

You can start with Mansion House, 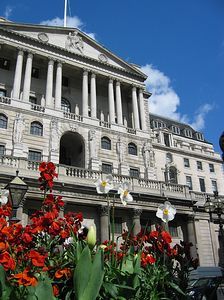 the Bank of England and the Royal Exchange, then move down Threadneedle Street to the London Stock Exchange. A quick hop down Old Broad Street will take you to the NatWest Tower (now disappointingly titled Tower 42).

Back to the Stock Exchange and from there, cross over the piazza onto Cornhill and you'll find an innocuous looking little alleyway next to the Union Discount of London building. Down here you'll find the ancient little Lloyds Coffee House where the world famous Lloyds of London Insurance market came into being.

Follow Cornhill further east as it becomes Leadenhall Street and you'll find a crossroads with St Mary's Axe and Lime Street, each one holding modern examples of strikingly impressive landmarks - the Swiss-Re Tower (AKA "The Gherkin") to the left, the Lloyds Tower to the right. By way of contrast, the Tower of London is a 10 - 15 minute walk away, heading South East. 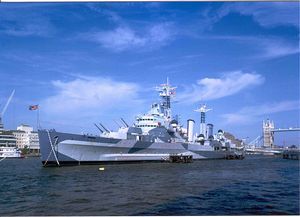 Crossing Tower Bridge will then allow you to follow the Queen's Walk along the south bank of the Thames, past attractions like HMS Belfast and the London Dungeon. After all that, you'll find the London Bridge tube station nearby and with it the opportunity to be whisked away to your next area of interest.

Given the grand heritage of the capital, another popular itinerary for a short break in London is a tour of the 'establishment', taking in seats of government and royalty. This suggested itinerary takes you through Westminster and Whitehall, ending up at Buckingham Palace (see page 4 for details).