You are here:  Attractions -> Things to Do in Greater London -> Harrow Museum & Heritage Centre


Discover Harrow's historic past at Harrow Museum! Entry is free, and with a number of temporary exhibitions and special events throughout the year, there is always something new to see or do. We also have permanent displays about the history of local industries, and an exhibition detailing the significance of this intriguing historical site.


The four remarkable buildings which make up Harrow Museum are all located in the beautiful grounds of Headstone Manor, records of which date back to 825AD. All the buildings are listed by English Heritage, and the site as a whole is a Scheduled Ancient Monument.

Headstone Manor was owned by the Archbishiops of Canterbury as a country residence, and is Grade 1 listed, the earliest parts dating 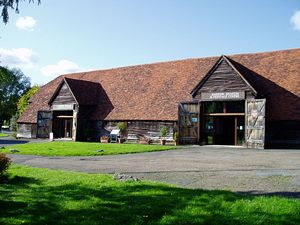 from the 14th century. A particular feature is the timber-framed, aisled hall. Additions were made from the 17th century onwards. The ancient parts have survived remarkably well, and were extensively restored in 2005.

Other buildings on the site include the Granary, the Tithe Barn, the Moat and the Small Barn.

The Granary, which is Grade II listed, was restored and reconstructed at the Museum in 1991. The Granary has a permanent display of agricultural and domestic equipment and artefacts from local industries.

The Tithe Barn is a Grade ll listed building. In 1506 the cost of making the barn came to £20. The grand total for putting it up came to £44 11s 8d or approximately £20,515 in today's money. Extensively restored in the 1970s, the true magnificence of the timber framed structure is revealed inside.

The Moat is the only water-filled moat in Middlesex; it was a status symbol for the owners and is contemporary with the Manor House.

The Small Barn is Grade ll listed, with an information display and scale models that explain the Headstone Manor site. Built in the 16th & 17th centuries the Small Barn was used for stabling and storage until 1928. It was restored in 1995.

The Museum hosts a regularly changing temporary exhibition programme as well as permanent displays in the barns. Collections focus on local history and industry. Headstone Manor entry is by tour only, on Saturdays and Sundays at 3pm between April and October, no need to book. Tours cost £3 per person. Entry to Harrow Museum and its exhibitions is free!
General Information: 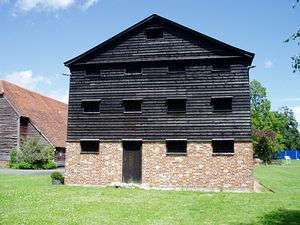 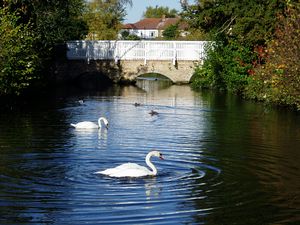 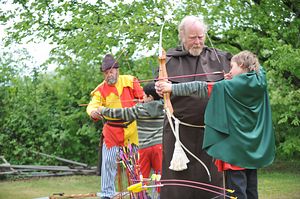 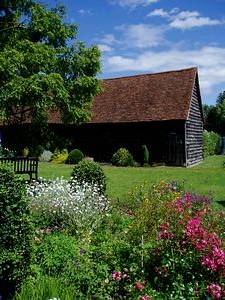 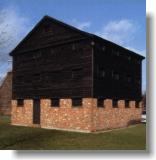 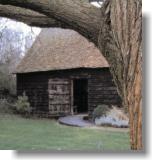