You are here:  Towns -> Places to Visit in West Sussex -> Eartham

Things to do in Eartham, West Sussex 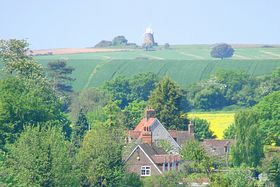 Eartham is a quiet Sussex village with a fine pub and an interesting little church. The chancel arch of the church is Norman, and has two figures carved on its inside faces, on one side a hare and on the other a bearded man. Other parts of the church also date back to the 12th century.

Near Eartham there is a hamlet called Halnaker (pronounced Ha'nacker) and between them is Halnaker Hill, with a windmill on top of it that looks over Eartham in our picture. The mill was struck by lightning in 1905 and was derelict for many years. Hilaire Belloc, who spent his boyhood in this part of Sussex and became famous as a writer and poet during the first half of the 20th century, saw the ruined mill as a symbol of the decline of traditional rural England, and wrote the poem Ha'nacker Mill, which concludes:

Spirits that call and no one answers - Ha'nacker's down and England's done.
Wind and thistle for pipe and dancers, and never a ploughman under the Sun:
Never a ploughman. Never a one.

This poem was set to music by, among others, Peter Warlock (see also Eynsford, Kent). It is one of his best-known songs.

Ironically, the mill was restored in 1934 and is still standing, though no longer working. 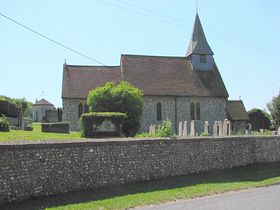 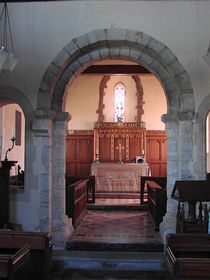 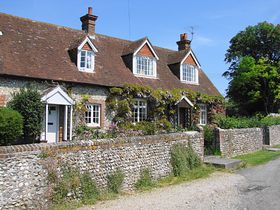 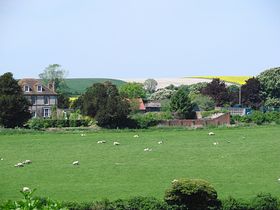 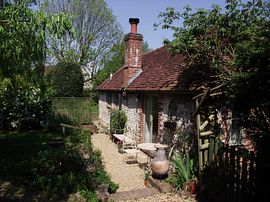 more self catering near Eartham...

Places to Visit near Eartham