You are here:  Attractions -> Things to Do in West Midlands -> Baggeridge Country Park


Welcome to Baggeridge Country Park which is today a beautiful area of countryside on the doorstep of the Black Country. Being set back from the roads, it's secluded delights are revealed to you as you explore further. The creation of today's scenery however, is very diverse.

All of the land was once owned by the Earl of Dudley who lived at nearby Himley Hall. The land surrounding the hall was landscaped by Capability Brown. Part of this now forms the southern half of the park up to the Wishing Pools. In 1895 coal was discovered at the northern end of Baggridge and pit shafts were sunk. At the height of production 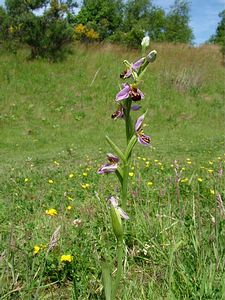 it was claimed that it was the world's biggest and most modern pit. It was nationalised in 1947 and finally closed down in 1968. The pit heads were located either side of the camp site near to the Teashop, catering for drinks ice creams, hot & cold meals and children's parties.

The derelict land was bought by the local council (now South Staffordshire District Council) and designated a Country Park. Government grant aid enabled improvement works to be carried out and reclamation began in 1981. The Park was officially opened by HRH Princess Anne on 17th June 1983.

White's Wood and Baggeridge Wood have been woodlands for hundreds of years. Other areas of young trees have naturally developed or been planted since the mine closed. The larch trees were grown as timber for the mine. The old woods on the Park were largely felled for timber in the 1940's, as was much of the surrounding area. This damaged their value for wildlife. The Rangers now manage the woods to maximise the benefit to birds and flowers. The colonising sycamore tree is contained by felling, and the native oak and hazel are replanted. Visit in spring to see beautiful bluebells and wild garlic, however, the woods are delightful throughout the year.

Spring Pool, Island Pool and Wishing Pools are part of the series created by Capability Brown. Bag Pool was formed during the reclamation. They is a valuable wildlife habitat which is in decline nationally. Little Grebes nest here and the azure blue Kingfisher can be fleetingly be seen. In the summer up to fourteen species of Dragonfly and Damselfly can be found.

Gospel End Common is a small area of heathland. Originally for animal grazing, it is an example of a nationally disappearing habitat. If neglected, it is colonised by birch and bramble, losing the special wildlife value. The Rangers manage it with the aim of returning it to its former state. Visit in autumn to see the glorious mauve heather and the yellow gorse. 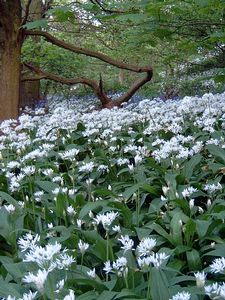 of grassland are reseeded colliery waste and disturbed land. The 'hills' are also mounds of spoil from the mine and is now the Toposcope viewpoint. They have developed into fine wildflower habitats with butterflies such the gatekeeper, dingy skipper and common blue abounding in summer. 24 species of butterfly have been recorded on the Park.

Days Out near Baggeridge Country Park