You are here:  Towns -> Places to Visit in South Wales -> Swansea

Things to do in Swansea, South Wales

Lodged in the spine of a half-moon bay, the maritime city of Swansea nestles in the shadow of seven hills, between roaming parklands and the lapping tides of an inspirational shoreline.

The county of Swansea embraces the resplendent peninsular of Gower, the U.K.'s first designated 'Area of Outstanding Natural Beauty'.

Follow the bay at Swansea and you'll discover a dozen more golden seascapes, a land of legends, historic woodlands, mysterious castles and prehistoric secrets swept over by ancient sands.

Some villages are buried beneath these sands, and in caves some of the oldest human remains have been discovered - a testimony to the civilisations which existed long before time froze over Gower.

At just nineteen miles wide, the peninsular represents the epitome of ancient Welsh beauty and a microcosm of old-world enchantment.

Swansea's magnificent bayside Maritime Quarter has been celebrated by international awards, cited as one of the 'top three waterfront developments in Europe'.

Cycle the five-mile perimeter of the bay from the Maritime Quarter to Swansea's Victorian seaside resort of Mumbles and you will retrace the route of the world's first railway service.

On March 21 1807 the first time tabled horse-drawn passenger train commenced, destined for Mumbles from the Dunnes, near present day Swansea Museum. This railway service left for Mumbles pier for a further 153 years,and was advanced with many forms of traction: horse, sail, coke-fired, steam, batteryaccumulator, and settled in 1929 for a fleet of Britain's largest electric trams.

The city & county of Swansea has no fewerthan 54

public parks, the largest of which roll down to the shores of Swansea Bay. Themost celebrated, Clyne Gardens & Country Park, is 1600 acres worth of pure romance -enjoying panoramic bayside views, bluebell woodlands, architectural follies, a castle,bubbling streams and ornate bridges from Italianesque to Japanese. Its collection of largeleaf rhododendrons, azaleas and elephant rhubarb are of international significance.

Another Swansea park with sea views is Cwmdonkin, which was a inspiration of Welsh poet Dylan Thomas. Born a meretwo minute stroll away at 5 Cwmdonkin Drive, Dylan composed the works, 'The HunchbackIn The Park' and 'Return Journey' on a bench here. Today Cwmdonkin Parkincorporates an ornate Italian water garden, bowling green and tennis courts. NearbyBrynmill Park embraces a large swan lake.

Back in the city centre, 'Plantasia'is an indoor park consisting of exotic species encased in a climactically controlled glasspyramid. Plantasia sustains some 5000 fauna specimens throughout its computer regulatedzones, such as arid, desert and rainforest; some species are extinct in their nativecountries. The collection also includes a butterfly house, tropical fish, insect andreptile displays.

The name 'Swansea'('Abertawe' in Welsh) is believed to derive from 'Swein's Eye', a reference to a 10th Century Viking ruler who is said to have been first to exploit the seafaring potential of the broad sandy bay at Swansea. Ship building was established herein the 13th Century and in the next four hundred years the port flourished to be one of the most powerful in the world, exporting eighty per cent

of the world's requirement of copper and other minerals. During this prolific era, local city kilns produced fine porcelain which is highly valued by collectors today. Excellence in stained glass is one artistic tradition which continues to earn Swansea a worldwide reputation.

Swansea is the county where everything is reconciled - the hills to the coast, the city and the countryside, timeless landscapes contrast poetically with contemporary life.

Swansea has many places of interest for the visitor to explore:

Today the National Literature Centre of Wales includes a shrine to Swansea's most famous literary son, Dylan Thomas, regarded by many scholars as the 20thCentury's finest lyrical poet. Just round the corner is a splendid mural which identifies the Dylan Thomas Theatre. The writer's bronze statue keeps a discreet distance as he surveys the main south marina from a seated position.

Swansea Marina is an award winning water front village, bubbling with bars, restaurants and boats aside the Swansea Bay coastal promenade. There are two museums within the Maritime Quarter: Swansea Maritime and the Swansea Museum.

Swansea Museum includes a priceless collection of rare Swansea and Nantgare porcelain, a cabinet of curiosities, ichthyosaur skeleton and the 4000 year old mummy

The Museum of Egyptian Antiquities is the second largest collection of Egyptian artefacts in the U.K. outside London, and has been painstakingly presented at the Taliesyn Arts Centre within Swansea University campus,Singleton Park. Over one thousand objects are on display, dating from pre-3500B.C. to A.D.500.

Brangwyn Hall is adorned with gloriously ornate, life size baroque wall panels commissioned at the turn of the 20thCentury by the British House of Lords; the Brangwyn is the most stately concert hall in Wales. The venue is an elegant backdrop for Swansea's annual Festival of Music & Arts,the second largest (and one of the most applauded) in the U.K.

Gower Heritage Centre - Gower peninsula's country life museum contains exhibits, such as its integral water mill, which date back to the 12th Century. Displays include a restored corn mill, farming museum and waterwheel. The attraction's won a plethora of British awards, including 'Heritage Centre of the Year'.

Swansea Market is one of the largest indoor market centres in southern U.K., the present trading centre follows in a Swansea tradition which dates back to the Twelfth Century. Teaming with colour,vibrancy and aroma, Swansea Market's shops and stalls are an excellent source for local produce from fresh seafood and flowers to jewellery, arts and Welsh souvenirs.

The Grand Theatre - opened 104 years ago as Swansea's Victorian period pleasure dome is one of the largest provincial theatres in Britain. It has three bars, a restaurant, rooftop cafe-bar, and an arts wing.

By Rail
There are frequent direct InterCity services from London Paddington. Regular connections from Manchester, the Midlands, the West Country and the South Coast are also available.

By Air
Cardiff International Airport is a 40-minute drive from Swansea city centre. 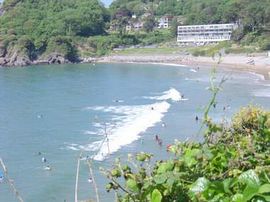 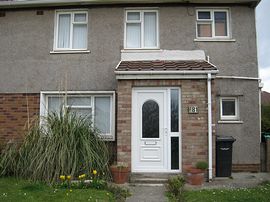 more self catering near Swansea...

Days Out in Swansea

Places to Visit near Swansea