You are here:  Towns -> Places to Visit in South Wales -> Glyncorrwg

Things to do in Glyncorrwg, South Wales 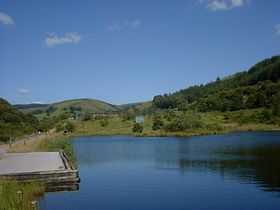 View From The Ponds To Glyncorrwg © Bob Morgan

Glyncorrwg in South Wales was once a mining village, with several pits and drift mines within three miles.

Since the mining industry closed in the 1970s Glyncorrwg became quite run down - however this small village is an example to every community on how to pick yourselves up and take advantage of what you've got.

Glyncorrwg has not only developed some rather nice ponds where you can fish, but has a wide variety of mountain bike rides to suite all levels of fitness. 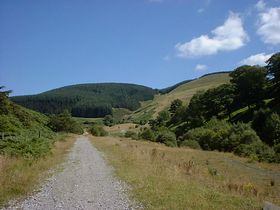 Looking Up To Where South Pit Was © Bob Morgan

The mountain bike rides are listed in the top ten in the world by bike riders.

However if you want a more gentle ride, you can cycle along what used to be the old Mineral Railway Line down to Cymmer, Abercregan, Pont-rhyd-y-fen cross the river back up to Afan Argoed, Dyffryn, Cymmer and then back up to Glyncorrwg.

Once in Glyncorrwg there are many walks you can take. 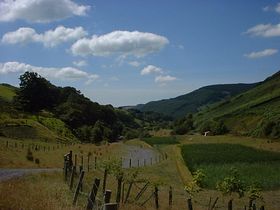 Following the river to the right fork, you pass what used to be South Pit where you can actually stand on the concrete cap which seals the shaft.

A fascinating view is of the reed beds which are used to filter the water coming out of the disused mines, which contain iron, hence the reddish brown rocks.

You can then continue up to where North Rhondda Level used to be. 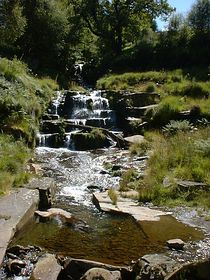 Back in Glyncorrwg take the left fork and follow the river up for some more beautiful views.

The forestry roads are also available for you to use and you can walk over the top of the valley to the head of the Neath Valley.

When you visit, ask about the Romans Chair and take a walk up there.

There are lots of places to stay in Glyncorrwg and the surrounding villages. 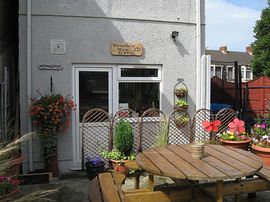 more self catering near Glyncorrwg...

Places to Visit near Glyncorrwg