You are here:  Towns -> Places to Visit in South Wales -> Llanmadoc

Things to do in Llanmadoc, South Wales 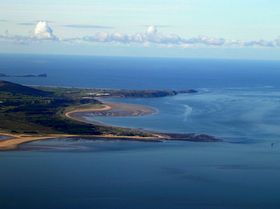 Llanmadoc, around 16 miles west of Swansea, is a seaside rural village with village green, shop, pub, church and church hall, on the north west tip of Gower Peninsula.

From the village one can walk down into Cwm Ivy Woods surrounded by both land and maritime nature reserves. Llanmadoc has a wonderful fortified Church, St Madoc overlooking Whitford Bay, Dedicated to Madoc, a Celtic saint, who is reputed to have founded a church in the 6th century.

The 13th century building was restored in 1865. Set in the window sill of the first window is a lettered stone dated from the 6th century. Discovered in 1861 in the walls of the old parsonage house it commemorates 'Advenctus son of Guanus'.

Llanmadoc sits at the foot of Llanmadoc Hill, the second highest hill in Gower. There is an Iron Age fort settlement (The Bulwork) at its peak.

Adjoining Llanmadoc is the sister Village of Cheriton at which is located St Catwg's/Cadog's Church. There is a beautiful brookside stroll through a small limestone valley from Cheriton inland towards Stembridge, & Burry Green.

A delightful pottery is located near St Catwg's/Cadog's. 200m yards north of Llanmadoc, down a quaint lane is found Cwm Ivy, a small hamlet, leading to National Trust woodland including the intriguing Betty Church woods (NT) posthumously left in trust by a local.

In 1764, John Wesley, crossed the estuary on horseback (with a guide!) from around this point and over to Pembrey. Cwm Ivy and Whitford Burrows host an SSSI. There are several features here. At the tip of Whiteford Point is Berges Island - a popular spot with bird-watchers where increasingly common Little Egret as well as Osprey have been spotted.

Where the stream, the Burry Pill, which once provided power for 7 mills, flows out into the estuary is an area known as Cwm Ivy marsh with Landimore marsh upriver and, beyond that, Llanrhidian marsh. This is grazed salt marsh and a site of international importance for wading birds and wildfowl.

You will see horses and sheep grazing here as they have done for hundreds of years - there is a reference to this from 1583. As you walk back from Whiteford Point you pass three rocky outcrops. The first is Cwm Ivy Tor and then, projecting into the beach are Hills Tor and Prissens Tor, the latter also known as Spritsail Tor.

Broughton Bay is west of these Tors and is a popular caravan location. It is possible to walk to Rhossili via Llangennith from Llanmadoc either over Llanmadoc Hill from the village or west via Broughton, Blue Pool, Burry Holm and the clifftop pathways. 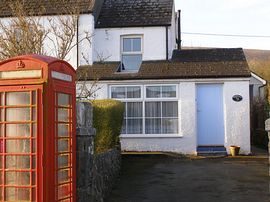 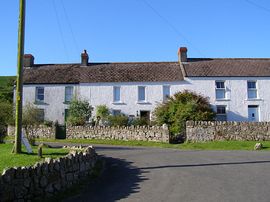 more self catering near Llanmadoc...

Places to Visit near Llanmadoc