You are here:  Towns -> Places to Visit in West Yorkshire -> Ilkley

Things to do in Ilkley, West Yorkshire

Ilkley is a small tourist town in West Yorkshire, 11 miles north of Bradford. 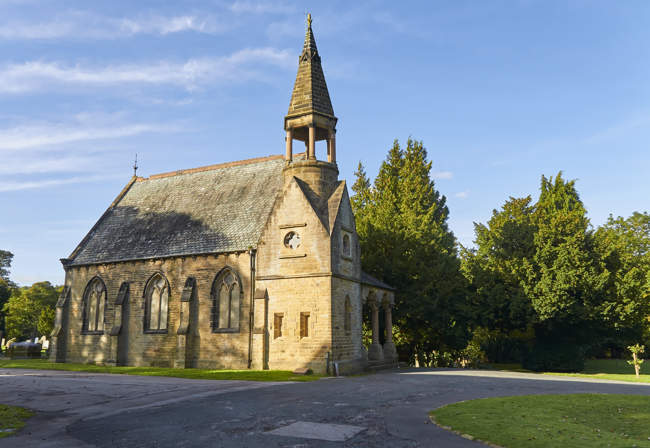 It is situated on the bank of the River Wharfe and is a well-known beauty spot near the Yorkshire Dales.

Ilkley currently has a population of around 13,800. 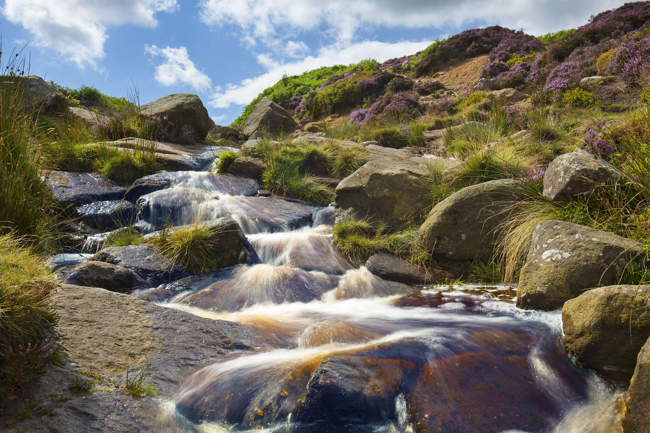 Locals are known as "olicanians", after the Roman fort of Olicania in the area.

It has a thriving town centre with mostly Victorian architecture from the era when it was promoted as a spa town. 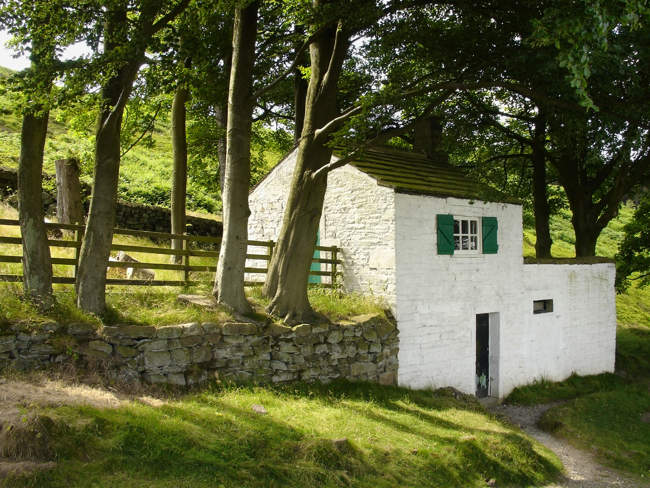 The tree-lined streets have over 200 shops, restaurants and businesses and a local playhouse. Upmarket shops in this Fairtrade town sell everything from fine art to speciality foods.

Along with the many pubs, restaurants and cafés is a branch of Betty's Tearooms, of Harrogate fame, and a Michelin starred restaurant, The Box Tree. 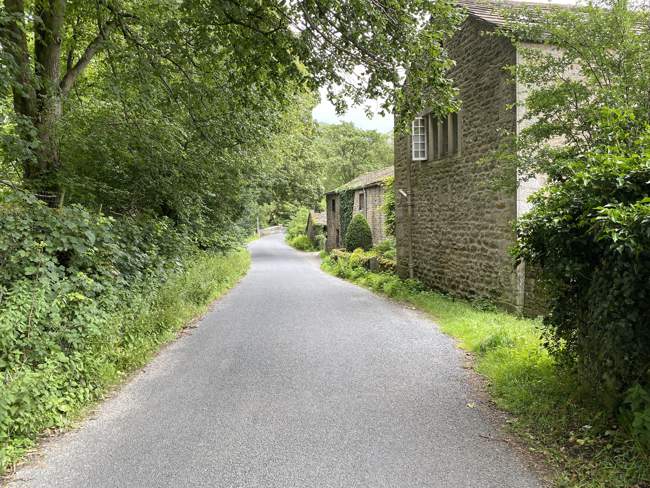 Brook Street and The Grove are exceptionally broad and allow visitors to pleasantly stroll up and down. It is always colourfully decorated with flowers and won the "Britain in Bloom" Competition in 2004.

This modern commuter town has a variety of houses from modern detached to Edwardian terraced cottages. It also has several local schools.

Things to Do in Ilkley

The Manor House is the location of the local museum with a collection of artworks and prehistoric artefacts. The Ilkley Toy Museum has an interesting collection of toys. 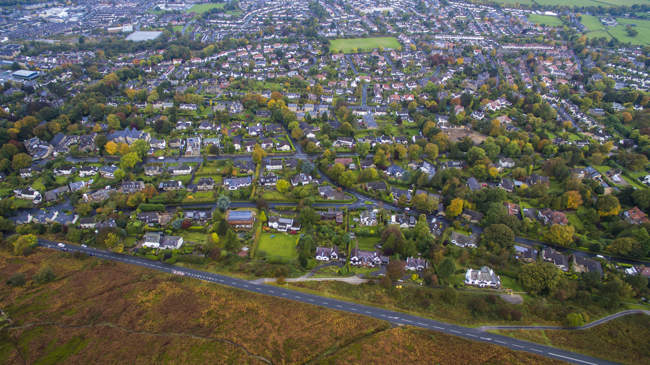 The Lido was built in 1935 as a public open-air swimming pool. It is a popular attraction on sunny days.

The Ilkley Literature Festival is the oldest and largest of its kind in the north of England. It is held the first two weeks in October. The Moor Music Festival also takes place each August. 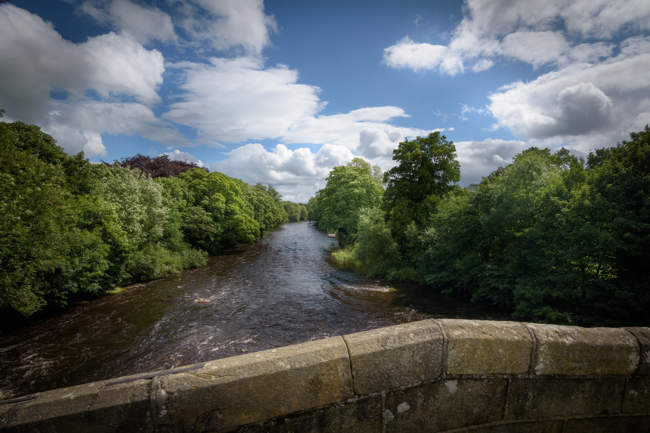 The rural surroundings of Ilkley Moor, the famous Cow and Calf Rocks and the Yorkshire Dales are popular for hiking, cycling, rock climbing and scenic drives.

The earliest signs of settlement are 11,000 BC flint arrowheads which have been found on Ilkley Moor. 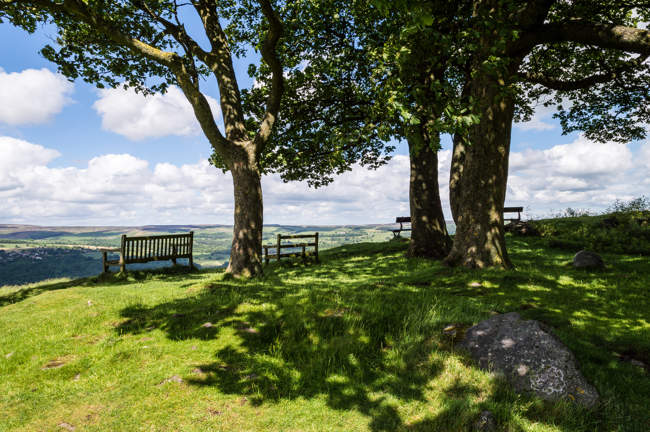 Cup and ring marks and swastika-like carvings in the rocks indicate that the area was probably permanently settled since the Bronze Age.

The Twelve Apostles Stone Circle and the remains of a Roman fort can be visited nearby. 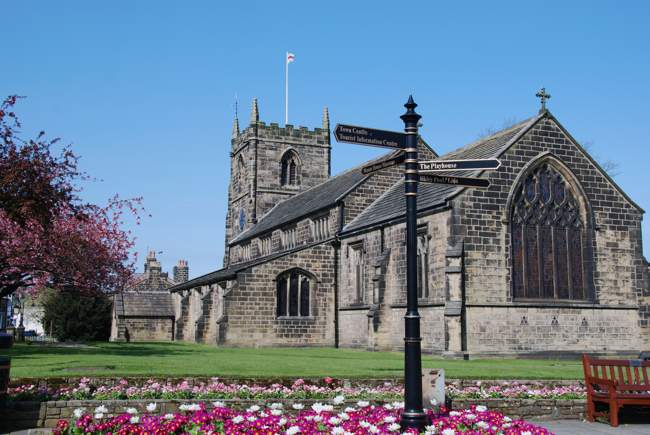 The site of All Saints Church probably had a church there in 627 AD. Three 8th century Anglo-Saxon burial crosses stood in the churchyard until recently. They have been removed to prevent further weathering and erosion.

In 1086 the Domesday Book records Ilkley as being owned by William de Percy. 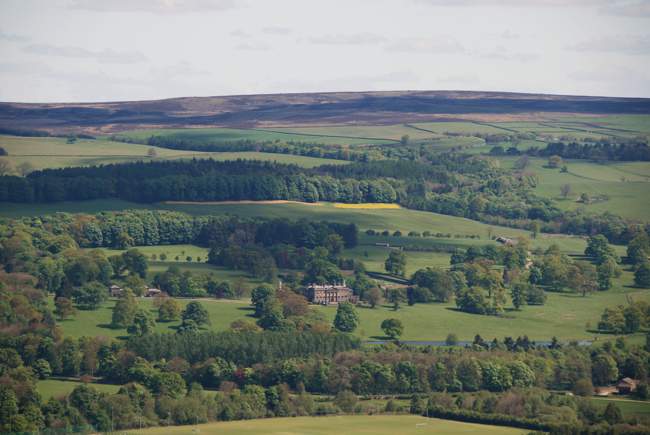 A view across the Wharfe Valley to Denton Hall © Philip Moon (Hkt.B)

About a century later the land passed to the Middelton family and they held the land until the early 19th century. The agents of William Middelton were largely accountable for the layout of the "new" town.

In the 19th century, when spa towns were in vogue, a hydropathic spa called Ben Rhydding Hydro was built at Wheatley in 1843. 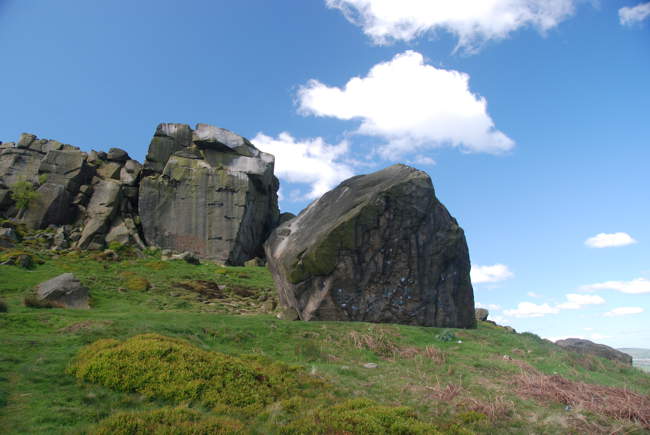 It has since been demolished but the name lives on in the small village. Tourists flocked to the area to take the waters including Charles Darwin and Madame Tussaud. 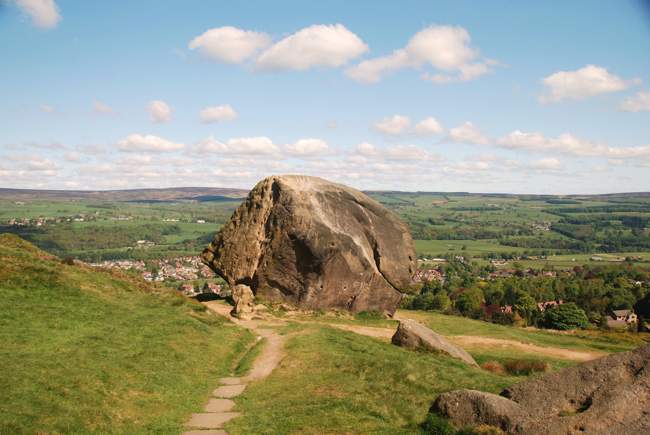 When the railway was built connecting Ilkey with Otley in 1865, hospitals and convalescent homes were built in Ilkley. The only surviving spa building is White Wells Cottage overlooking the town. It is now a café.

more self catering near Ilkley...

Days Out in Ilkley

Places to Visit near Ilkley