You are here:  Towns -> Places to Visit in Devon -> Salcombe

Things to do in Salcombe, Devon 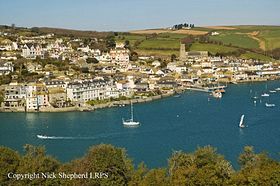 Salcombe is a historic town in the South Hams district of South Devon. Streching along the banks of the Kingsbridge Estuary it has a sheltered harbour and a number of sandy beaches.

Salcombe was first recorded in 1244 and 16th century records show it as an important fishing port.

During the English Civil War, Salcombe was a Royalist stronghold and Fort Charles was the last place to be surrendered to the Roundheads. Built by Henry VIII to defend the port, it was ruined on the orders of Cromwell but the remains can still be visited.

In times past, Salcombe was a bustling centre for ship building and sailing. It was famous for the production of the Salcombe Schooner, a fast boat that required fewer deckhands.

By 1872, the town had 776 inhabitants including 34 shipwrights, along with other shipbuilding professions such as riggers, block makers, sail makers and blacksmiths. With the introduction of steam power, the shipyards began to decline.

There are a number of shipwrecks offshore, one of which is a Bronze Age ship from which French weapons and jewellery were recovered. Just off Bolt Head is the wreck of a four masted ship, Herzogin Cecilie, and the HMS Untiring was sunk in World War II as a sonar target.

Salcombe had a Chapel of Ease built in 1401 but did not build a parish church until the 19th century.

The town only developed as a tourist destination between the world wars and the Sailing Club was founded in 1922.

In World War II, the Salcombe Hotel was requisitioned as the headquarters of the Advance Amphibious Base and in 1944, 66 ships sailed from the port as part of Force£U that landed in Normandy.

Salcombe is well known as a sailing and yachting haunt and it draws a crowd of tourists in the summer season.

Many of the fine houses in the town were built for sea captains and ship-owners. Fore Street and the narrow alleyways that run off it have many high quality gift shops, restaurants and nautical chandlers. The town also has several small supermarkets, newsagents, a post office and other local services.

Island Street has several small boatyards with great waterfront views. Visit Salcombe Dairy for some creamy Devon ice cream that is made there.

The town has a RNLI lifeboat station, established in 1869, with an all-weather boat, an inshore lifeboat, a lifeboat museum and shop. The sand bar across the mouth of the estuary can be treacherous to navigate.

Things to do in Salcombe

Wreck diving is popular in the area. The best-known site is the 17th century remains of the Salcombe Cannon Wreck, which had more than 400 Moroccan gold coins onboard.

The area has some beautiful sandy beaches including North Sands Beach and Sunny Cove. From the harbour, boat trips are available up the river or take the ferry across the estuary and visit the many coves at South Sands and East Portlemouth.

The Island Cruising Club offers sailing tuition from its base, the Egremont, a former Mersey ferry that is now moored upriver. It can be reached by ferry and has a bar.

Overbecks House and sub-tropical garden is a stunning National Trust property containing a small museum, caf£ and shop. Part of it is used as the Salcombe Youth Hostel. 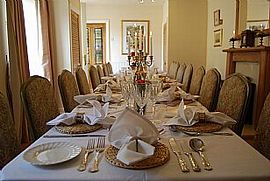 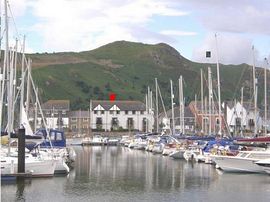 more self catering near Salcombe...

Days Out in Salcombe

Places to Visit near Salcombe