You are here:  Towns -> Places to Visit in Cambridgeshire -> Peterborough

Things to do in Peterborough, Cambridgeshire 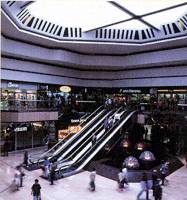 The busy city of Peterborough, whose name is derived from its Norman Cathedral St. Peter, lies in the northern corner of Cambridgeshire, on the north bank of the River Nene on the edge of the Fens. Peterborough is an ancient and prosperous city, which has preserved its ancient heritage and today incorporates modern shopping and leisure facilities.

The origins of Peterborough are Saxon, but many prehistoric sites around the area indicate the land may have been farmed for 6,000 years.

The Norman Cathedral of St. Peter is built on the site of a monastery, which was destroyed by the Danes in 870 and rebuilt as a Benedictine foundation in 972. It was plundered by Hereward the Wake and later destroyed by fire.

The present Cathedral was built by the Normans between1118-1238, built of Barnack stone, its tower reaches to 143 feet. The interior is one of the most splendid examples of Norman architecture.

During the Tudor period there were two Queens buried in St. Peters. Katherine of Aragon, the first wife of Henry VIII, whom he divorced to marry Anne Boleyn, is buried in the north isle of the presbytery. The second was Mary Queen of Scots, whose temporary resting place this was, until her son James I had her remains transferred to Westminster Abbey in 1612.

Flag Fen is an important Bronze Age site near Peterborough. Here you can see 3,000 year old timbers preserved in peat; this is an archaeological treasure not to be missed.

The Nene Valley provides attractive walking country and for those who like longer walks why not explore Rutland Water the largest man made lake in Britain.

more self catering near Peterborough...

Days Out in Peterborough

Places to Visit near Peterborough