You are here:  Towns -> Places to Visit in Cambridgeshire -> Chesterton

Things to do in Chesterton, Cambridgeshire

The small town of Chesterton is almost overshadowed by its better-known neighbour, Cambridge, which is just 1¼ miles to the south-west. 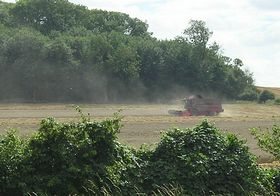 It is situated on the north bank of the River Cam amidst glorious Cambridgeshire scenery.

Chesterton lies to the east of Castle Hill and south of the districts of Arbury and King's Hedges. The A1309 Milton road runs through the village linking Cambridge to the north east-bound A14 road.

Chesterton has a number of local shops and services although most larger amenities are in the city of Cambridge, just over a mile away.

The town has several churches including the Parish Church of St Andrew. Within the churchyard is a large cross and memorial to the local men who lost their lives in the two world wars.

There is also a church dedicated to St George and the Priory on Oundlke Road is a listed building.

Chesterton is well connected by regular bus service to Cambridge city centre as well as to Milton and Addenbrooke's Hospital a renowned teaching hospital nearby.

There is a Business Park and a Science Park in the area.

Things to Do in Chesterton

The Cambridge and County Folk Museum is on Chesterton Road in the former White Horse Inn which closed in 1934. It has an excellent collection of local coins, medals, decorative arts and exhibits on local social history.

The nearby River Cam provides pleasant countryside walks and visitors can watch the boats at the Jesus Lock next to Chesterton Road. 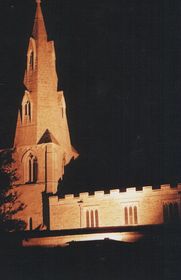 Castle Hill was the site of Cambridge Castle although all that remains today is the green mound or motte.

The Norman castle was of strategic importance and until 1842 was used as the county gaol. There are good views over the historic buildings of Cambridge from the top of the hill.

Cambridge is a pleasant city to explore on foot. Take a walking tour with a local guide to learn more about the college buildings within the historic city centre.

The grand building on Trumpington Street houses the Fitzwilliam Museum, the arts and antiquities museum of Cambridge University.

The name Chesterton means "next to the castle" and the area was the site of Cambridge Castle in Norman times, although all that now remains are the motte and earthworks.

The area was settled in Roman times with many Roman coins being found in the area, in particular a silver coin decorated with the head of Romulus on the face and Castor and Pollux on horseback on the reverse. 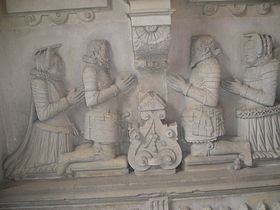 The settlement was well established in the 11th century with the Domesday Book recording it had 30 hides, land for 16 ploughs, a priest, 16 smallholders and 6 cottagers.

The 1154 records show that everyone who had a fireplace had to pay a tax, known as a fly farthing to St Peter's altar at Ely Cathedral.

In 2000 archaeologists were excavating a sewer shaft close to Chesterton when they discovered a hoard of coins dating back to the 13th century. They were in the remains of a wooden box on the site of an old dwelling.

The cache is now on display in the Fitzwilliam Museum in Cambridge and includes 1,805 silver pennies and nine gold coins.

more self catering near Chesterton...

Days Out in Chesterton

Places to Visit near Chesterton