You are here:  Towns -> Places to Visit in Lincolnshire -> Crowland

Crowland lies on the southern border of Lincolnshire and is famous for medieval Crowland Abbey and the curious triangular bridge.

Trinity Bridge - the triangular bridge stands in the centre of Crowland

on dry land. Built between 1360 and 1390, it has three arches but one over arching structure.

Crowland Town and Riverside Walk - stroll along the banks of the River Welland or stop for a picnic by the lake. Discover the miles of footpaths and the secret wildlife of the Fens. 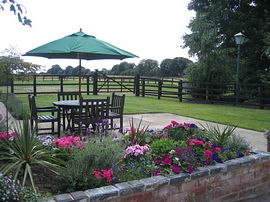 more self catering near Crowland...

Days Out in Crowland

Places to Visit near Crowland