You are here:  Towns -> Places to Visit in Perth and Kinross -> Perth

Things to do in Perth, Perth and Kinross

Perth is a unique small city situated on the banks of the River Tay in the Heartland of Scotland. Surrounded by the beautiful scenery of Perthshire, at the gateway to the Highlands of Scotland, Perth is the perfect centre from which to explore the area. 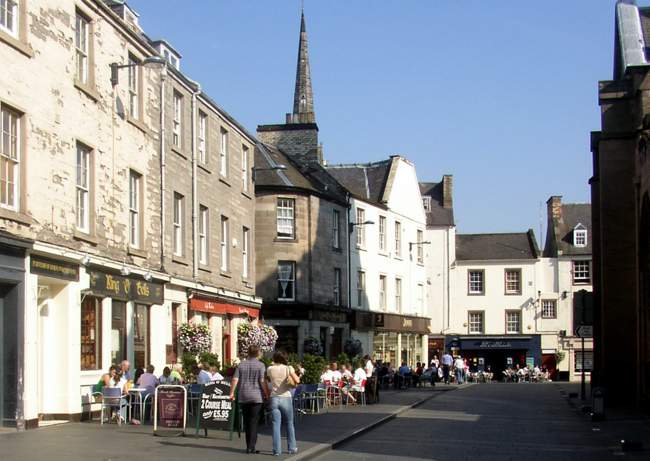 Known to many as the "Fair City", Perth still lives up to its name, endowed by Sir Walter Scott, who wrote his novel The Fair Maid of Perth, taking the city and its history as inspiration. The novel in turn inspired the opera of the same name by Bizet.

The attractive area of parklands known as North and South Inch, are today public parks with peaceful riverside walks, giving no indication of the battle which was fought at North Inch in the distant past.

The Battle of the Clans took place in 1396, between the Clans Chatton and Kaye, arranged by King Robert III, in an attempt to put a stop to the fighting between the two. Clan Kay was defeated and legend tells of the sole survivor making a getaway by swimming across the River Tay. This was the famous Battle featured in Sir Walter Scott's novel.

Scone Palace (pronounced Scoon), the original home of Scotland's Stone of Destiny, is close to the city of Perth, and it was here that 42 Scottish Kings were crowned. 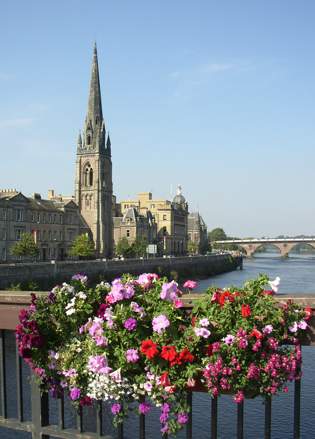 King James I, chose Perth as a favourite place of residence, and during his reign parliament met in the city, until Sir Robert Graham murdered the King in the Dominican Priory in 1437.

In 1559 John Knox preached in St. John's Kirk, calling for 'the purging of the Churches from idolatry', a sermon which led to the destruction of the four monasteries in Perth.

All the old monastic buildings have long gone, however, you can still visit St. John's Kirk, see and the house of the Fair Maid of Perth on North Port. Scone Palace is open to the public and is well worth visiting. 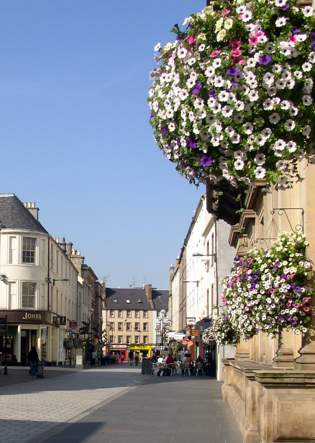 Balhousie Castle, just north of the town centre has been restored in the Scots Baronial style and is now home to the Black Watch Museum. The Art Gallery and Museum in Charlotte Street is one of the best for a town of this size.

As well as featuring the history of Perth, you will find collections of pictures and sculpture (modern as well as historic), furniture, china, silver and costume.

The Round House, a restored waterworks, is now the home of the Fergusson Gallery, which contains a collection of the paintings, drawings and sculpture of J.D. Fergusson, the artist at the forefront of the Scottish 'Colourist' movement. 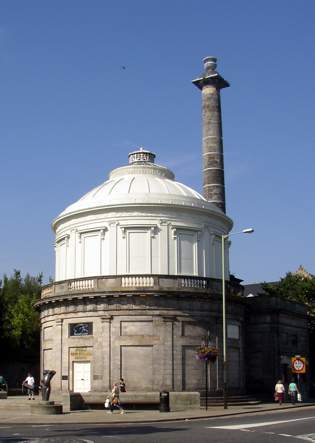 At the restored Victorian Lower City Mills, you can see a massive working waterwheel and working miller continuing to mill the product for which Scotland is famous - Oatmeal.

There are demonstrations and multi-language interpretative storyboards, bringing history to life.

Perth is considered to be a centre for sports and leisure activities, with one of the most modern Football Stadiums at McDiarmid Park, the excellent Dewar's Leisure Centre and a choice of four 18-hole golf courses.

Perth is also famous as a centre for fishing due to its proximity to the River Tay, one of Scotland's best salmon fishing rivers. 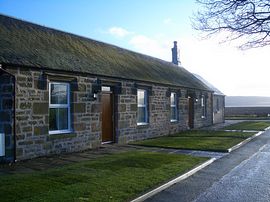 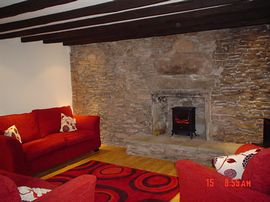 more self catering near Perth...

Days Out in Perth

Places to Visit near Perth