You are here:  Attractions -> Things to Do in Angus -> Camperdown Country Park

Camperdown Country Park is the largest public park in Dundee and owes its name and fame to the victory of Admiral Adam Duncan over the Dutch fleet in 1797 at the Battle of Camperdown, off the Dutch coast. The park was opened to the public in 1949. The Duncan family used the pensions, granted by a grateful British government, to build the magnificent Camperdown House. Part of the House is open in the summer. 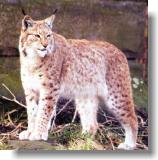 animals, birds and reptiles. Come and meet regular residents - Comet and Star, the European Brown Bears from the wilderness of Russia. Other highlights include Lynx, Wolves and Britain's rarest mammal - the Pine Martin.

Clatto reservoir was created as part of Dundee's public water supply and the reservoir is set in a beautiful parkland setting. During the summer a variety of watersports are available and craft can be hired from the park's Visitor Centre. Changing rooms and showers are available and wetsuits and buoyancy aids are included with hire. Rowing Boats suitable for family use are a popular attraction.

Templeton Woods are adjacent to Camperdown Country Park, the mature woodland provides an excellent habitat for many examples of Scottish wildlife. Roe deer, red squirrels, tawny owls and the elusive Jay can be seen by the careful observer. The Woodland Visitor Centre is open daily and the network of paths and trails are suitable for walking, horse riding and cycling.

Camperdown Golf Course is a beautiful championship course. At 6548 yards, it provides a testing challenge for any golfer. Its undulating fairways meander through avenues of mature trees surrounding the imposing Camperdown House. 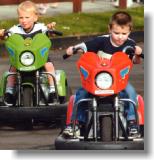 Days Out near Camperdown Country Park