You are here:  Towns -> Places to Visit in Devon -> Ottery St. Mary

Things to do in Ottery St. Mary, Devon

Ottery-St-Mary is one of the loveliest villages in East Devon. Lying ten miles east of Exeter on the River Otter, the parish has a population of over 7,600.

Famous residents include poet Samuel Taylor Coleridge who was born in Ottery-St-Mary in 1772 when his father was the local vicar. Sir Ernest Satwo, a diplomat in the early 20th century, retired to the peaceful village and his house, Beaumont, is easy to find.

Those visiting St Mary's Church are in for a treat. It was designed as a miniature replica of Exeter Cathedral and has a painted roof and a 14th century Astronomical Clock, one of the oldest mechanical clocks in the UK. There are 10 misericords (folding wooden seats) in the choir dating back to 1350 and two medieval green men carved into the stonework - see if you can spot their cheeky faces amidst the greenery.

There is a plaque inside the church in memory of Sir Ernest Satwo who's grave lies in the graveyard.

The village has its own "Old Ottery" song, and the church bells play the full tune after striking the hours of 8.00am, noon and 4.00pm.

In 1866, a great fire swept through the village and destroyed 100 homes to the west of the school.

In 1980 an aircraft with 62 passengers onboard ran out of fuel before reaching Exeter Airport and crash landed on the cricket club field. The only casualties were two unfortunate sheep.

In 2008, the river flooded after a heavy storm and the huge hail blocked the drains. The coastguard service was called out to rescue some stranded villagers.

The main street, which winds through the village, is lined with cottages and a few local shops.

Next to the old mill is a strange circular hole with water pouring over the lip. It is known as a tumbling weir and was created to increase the head of water to power the wheel inside the Watermill. Although the mill lies empty, the thatched hotel nearby is called the Tumbling Weir Hotel.

The village has its own primary school and a comprehensive school on the site of the former King's School, which was founded as a choir school in 1335 by Bishop Grandisson. It became a Grammar School in 1545 and now includes a Sports College.

Things to do in Ottery-St-Mary

As well as visiting the historic church, the town has other attractions including a pleasant garden nursery with tearooms and several pubs with beer gardens. There are scenic walks along the river to see the wildlife and many local footpaths for pleasant circular walks.

The Tar Barrels Festival takes place in early November and draws quite a crowd. Barrels soaked in tar are set alight and carried in a procession through the village by locals.

Pixie Day is another local event, held in June, when the children re-enact the legend of the pixies trying to prevent the delivery of the church bells en route from Wales. The pixies were banished to Pixie's Parlour, some caves on the banks of the River Otter.

Just outside Ottery-St-Mary is Cadhay, an Elizabethan Manor. It has recently been restored by the owner, a furniture maker, and is noted for its courtyard with statues of Henry VIII and his three children who each became monarchs - Edward VI, Mary I and Elizabeth I. The house and gardens are open during the summer. 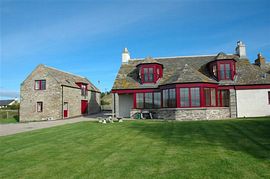 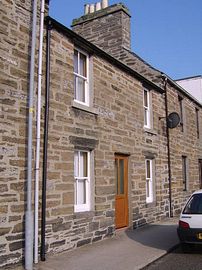 Days Out in Ottery St. Mary