You are here:  Towns -> Places to Visit in Devon -> Okehampton

Things to do in Okehampton, Devon

Situated on the northern edge of Dartmoor National Park on the River Okement, the town of Okehampton is within sight of High Willhays, the highest point on Dartmoor at 621m (2,037 feet).

Occupation can be traced back to the Iron Age, followed by the Romans in the first century, and the Saxons in the 7th century. Norman knight, Baron Baldwin de Brion, served as Sheriff under William the Conqueror and built the original Okehampton Castle as an administrative centre for the area in the late 11th century.

The settlement of Okehampton was formed around the castle to service the needs of the military community. It is surrounded by the stark granite-strewn moorland that typifies Dartmoor.

Tin and wool allowed the town to grow and prosper. In the 18th century John Wesley, founder of Methodism, visited the area along with his hymn-writing brother Charles. He gave a sermon in the open-air from a white rock just outside Okehampton.

A bypass was built along the A30 in 1988, leaving the town a tranquil place to shop and explore. The attractive town centre is a pleasant mix of mediaeval and Victorian architecture.

The Town Hall on Fore Street was constructed in 1685 as a private home and later converted to its current use in 1821. The White Hart Inn opposite is another historical feature.

The Victorian Arcade is home to dozens of small local businesses and craft shops. Right next door to the Tourist Office, the Dartmoor Museum of Life has thousands of exhibits in settings which recreate life in the past. It covers the history of Dartmoor, its people and relics and there is a working waterwheel on the side of this former mill building.

The Church of All Saints has stood the test of time. Originally consecrated in 1261, it was reconstructed in 1447. The perpendicular tower survived the destructive fire in 1842 and the present church building was modeled on the earlier design.

Two railways serve the town with limited rail services. The “Dartmoor Pony” line runs on weekends from Okehampton across the landmark Meldon Viaduct to the village of Meldon with its informative Visitor Centre. The Exeter to Okehampton line gives easy access to the lovely county seat of Exeter.

Things to Do in Okehampton

Okehampton has many walking and cycling routes from which visitors can explore the surrounding natural beauty of Dartmoor. Tors, quaint villages and water features can be found in the area along with many ancient stone circles, monoliths, chamber tombs and historical sites.

The ruins of the keep and curtain walls of Okehampton Castle are now managed by English Heritage and are open to the public. This large 13th century stone castle replaced the original wooden motte and bailey castle and neither saw any battle action. Set on a wooded hill, it was famously painted by 19th century artist J.M.W. Turner.

The Winsford Walled Gardens are a local hidden gem. Stroll along the stoney paths enjoying the many flower-filled borders, shrubs and trees.

Just west of Okehampton is the fascinating Dingles Fairground Heritage Centre with a fine collection of memorabilia and fairground rides.

Simmons Park is a delightful spot for trout fishing in the scenic East Ockment River which flows through it. 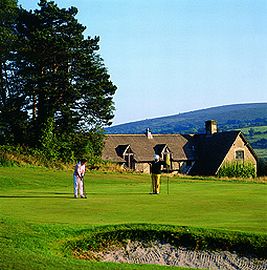 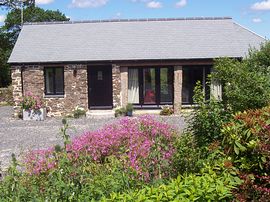 more self catering near Okehampton...

Days Out in Okehampton

Places to Visit near Okehampton