You are here:  Towns -> Places to Visit in Cumbria -> Kirkby Lonsdale

Things to do in Kirkby Lonsdale, Cumbria

The small Cumbrian town of Kirkby Lonsdale is situated above the River Lune, 13 miles southeast of Kendal. 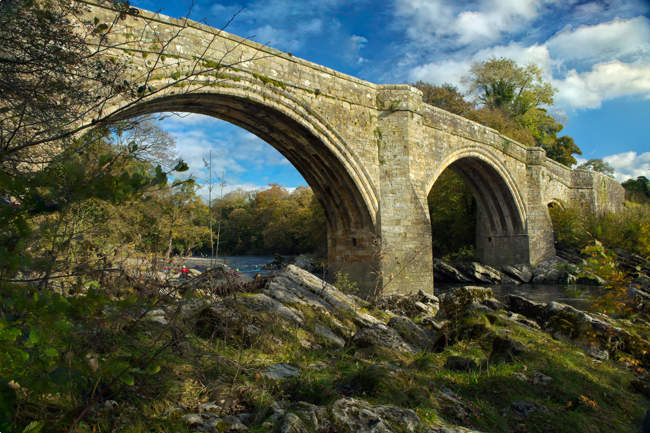 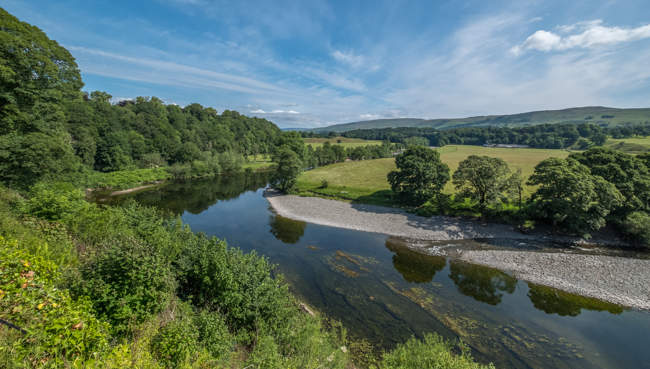 Kirkby Lonsdale has been the winner of "Britain in Bloom" three times. The town had 1,771 residents in the 2001 census and it remains a close community.

The winding main street is lined with 18th-century cottages and has delightful sounding side streets such as Jingling Lane and Salt Pie Lane. 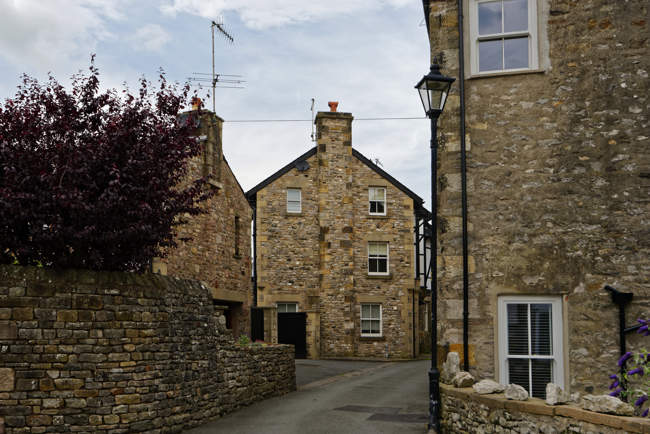 The village has several gift shops and small businesses including a cheese shop and a butchers selling award-winning sausages and meat pies.

There are also several pleasant tearooms. The Old Market Square has a Gothic covered market cross in the centre and still hosts a market every Thursday. 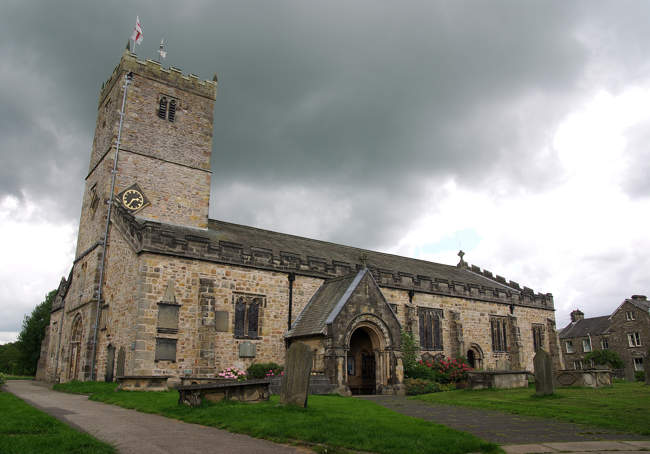 The main St Mary's Church has fine architecture and a square tower. Behind the churchyard is a Georgian folly and a long terrace known as Ruskin's View.

The lovely view was painted by J.M.W. Turner and Ruskin claimed it was "one of the loveliest views in England", and it still is.

Things to do in Kirkby Lonsdale

Before reaching the village, Devil's Bridge crosses the river. 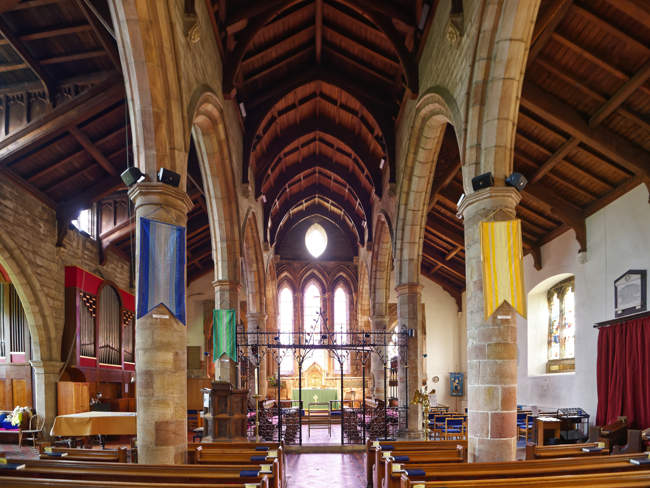 It was built in 1370 and has three spans. Beneath it are rock pools up to 16 feet deep that are popular with scuba divers.

The bridge has a popular snack van famous for serving pottery mugs of tea to tourists and bikers. 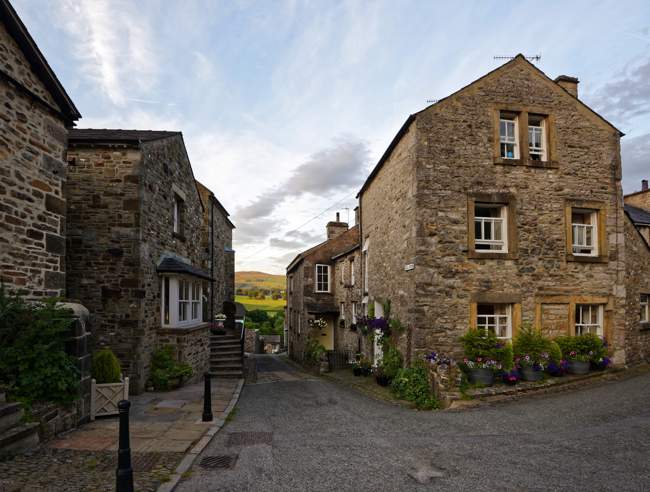 From there it is a pleasant one-mile walk along the River Lune and up into the centre of the village.

The Lake District and the Yorkshire Dales are both a short drive away and offer plenty of scenic walks, cycle routes and wildlife spotting from spring through autumn.

The area was settled long ago with evidence of Celtic settlements and a Neolithic stone circle at Casterton Fell. 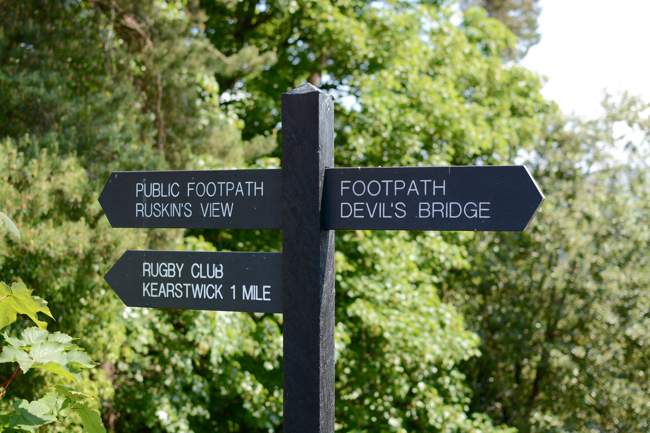 In Roman times a road followed the river and linked forts at Low Borrow Bridge and Over Burrow. A Roman milestone was discovered in 1836 and was erected near Hawkin Hill.

It is said to be one of the best-preserved in the country. 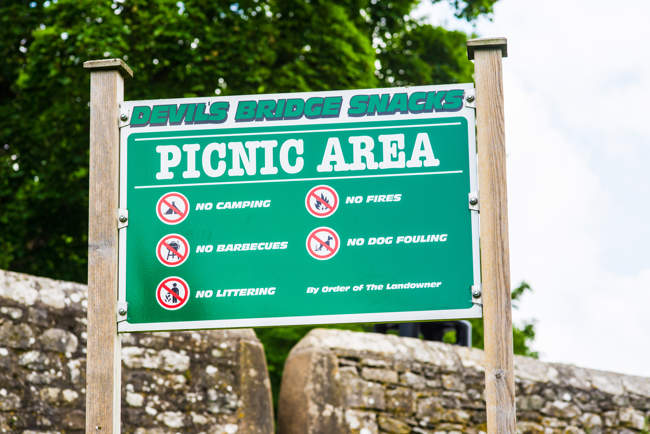 The village was one of very few in Cumbria to be mentioned in the 11th century Domesday Book. It was described as Cherchibi, which meant a village with a church.

The Normans built a wooden tower on an artificial mound for controlling the area. The mound was later used for cockfighting, hence the name of Cockpit Hill. 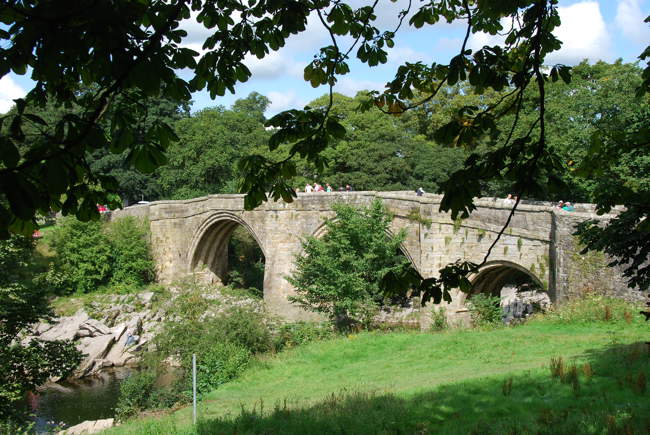 After the Dissolution of Monasteries in the 16th century, the church and its treasures were given to Trinity College, Cambridge and the church is still under its patronage. 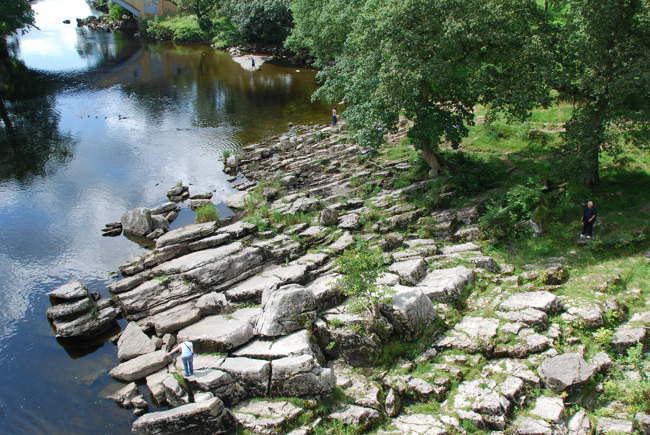 The Rocks Below The Bridge © Mr Philip Moon (HKt.B)

Kirkby Lonsdale got a charter in 1227 and horses, pigs and livestock were then traded on Market Street. In 1822 the present-day market place was built and 29 inns sprang up to serve thirsty visitors.

Most closed long ago but the Snooty Fox and the Orange Tree still serve excellent food and ale. 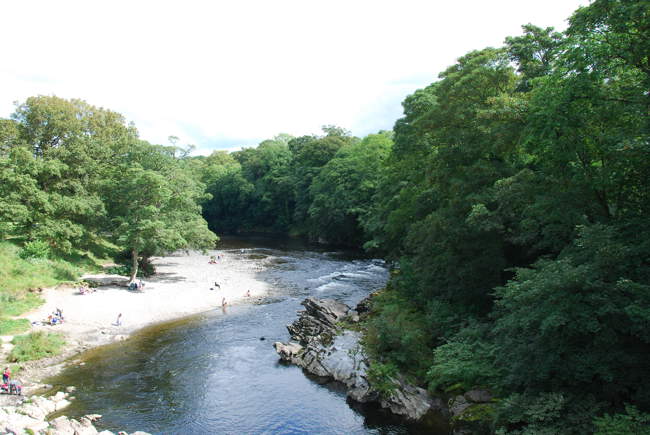 The River Bank Below The Bridge © Mr Philip Moon (HKt.B)

In the 18th century and 19th century there were several mills in the town which processed wool and made cloth, snuff and bobbins. 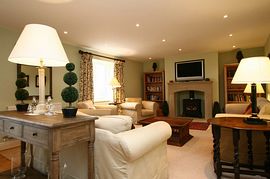 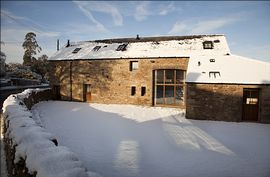 more self catering near Kirkby Lonsdale...

Days Out in Kirkby Lonsdale

Places to Visit near Kirkby Lonsdale