You are here:  Towns -> Places to Visit in Lancashire -> Bolton le Sands

Things to do in Bolton le Sands, Lancashire 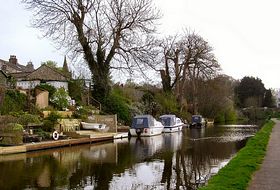 Charming Bolton-le-Sands is a sizeable village close to the Lancashire coast near Lancaster. It has a population of just over 4,000 residents.

Originally the village was called Bodeltone, according to the records of the Domesday Book in 1086.

When the railway arrived in the 18th century, it changed its name to Bolton-le-Sands to avoid confusion with the larger town of Bolton or Bolton-le-Moors which were both on the same line.

The village was once a fishing village but the shifting sands eventually brought an end to the fishing and shipping which once had access to the bay.

St Michaels Church was founded prior to 1094, although the oldest part of the current building is the tower, built around 1500. The church is now dedicated to the Holy Trinity. The nave and chancel were rebuilt in the 19th century making them almost modern!

The village is close to the A6 and right on the Lancaster Canal which was built in the 1790s. The nearest town is Carnforth, a couple of miles away, where there are plenty of banks, shops, supermarkets and amenities for those visiting the area.

Bolton-le-Sands has plenty of local amenities including three pubs. The Royal Hotel is on the main A6 while the Blue Anchor and the Packet Boat are both in the village near the canal, as their names suggest.

There is a local primary school in a newly built school building and the old Boys Free Grammar School buildings are used for community education. There is a datestone and a plaque on the wall of the buildings showing their interesting history. The village also has its own library in the village centre.

There are two churches besides the historic Holy Trinity Parish Church. There is the Roman Catholic St Mary of the Angels Church and the Christ Church Congregational Church both on the main road.

Behind the Packet Boat Inn is the football ground used by the local football team. The rival team, also from Bolton-le-Sands, plays at Ryelands Park just to the north of Lancaster.

The scouts also have a scout hut on the village playing fields and have an active group of beavers, cubs and scouts.

The West Coast Main Line railway runs close to the village but it no longer has a station, the closest one being at nearby Carnforth.

Things to do in Bolton-le-Sands

Bolton-le-Sands is on Morecambe Bay, on the Kent Estuary, and it has endless flat sands at low tide. It provides plenty of recreational space although in places the quick sands and fast incoming tide can be dangerous.

Morecambe Golf Club overlooks the bay and is just over one mile from the village.

The Lancaster Canal provides pleasant traffic-free towpaths for walking and is a peaceful place to find local wildlife.

The nearby city of Lancaster, four miles south of Bolton-le-Sands, makes an interesting day out. The ancient Lancaster Castle still houses the local courthouse and prison. The Ashton Memorial is a local landmark within the extensive Williamson Park.

Lancaster Cathedral is also worth a visit to admire the painted frescoes and beautiful triptych by Giles Gilbert Scott.

Days Out in Bolton le Sands