You are here:  Attractions -> Things to Do in Cumbria -> Kendal Museum 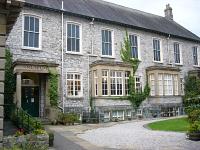 Kendal Museum was founded in 1796 - making it one of Britain's oldest museums.  The museum boasts unique collections of natural history and archaeology, and often hosts exhibitions, events and workshops.

The museum has a wonderful and unusual collection of objects and artefacts, and examples of flora and fauna, both local and global, as well as a dedicated display to Alfred Wainwright, who was the museum's honorary curator.

A visit to Kendal Museum will take you on an enjoyable journey from prehistoric times into the 21st Century.

Opened by David Bellamy in 1981 this gallery provides glimpses of many Lakeland habitats displayed as a miniature nature trail.

The trail begins 520 million years ago looking at the geology of the area, and in particular the intense volcanic activity that produced the mountains we see today.

The trail then takes us to various habitats from Kendal to the high fells.

The gallery houses a unique selection of rare, and in several cases extinct, animals.

The colourful displays show the diversity of animals from different continents, making this an invaluable educational resource.

The displays also give us an insight into the ideas behind Victorian collecting, and highlight the importance of conservation today.

The gallery charts the emergence of Cumbrian Man from the prehistoric period.

It houses examples of local Roman artefacts and charts the history of Kendal.

The Victorian flavour of the Museum has been captured, with many curios on display, including Greek pottery and a varied collection of Egyptian relics.

The 20th century is marked by the recreation of Honorary Curator and great fell walker, Alfred Wainwright's office.

Days Out near Kendal Museum

Places to Visit near Kendal Museum