You are here:  Towns -> Places to Visit in Cumbria -> Dent

Things to do in Dent, Cumbria 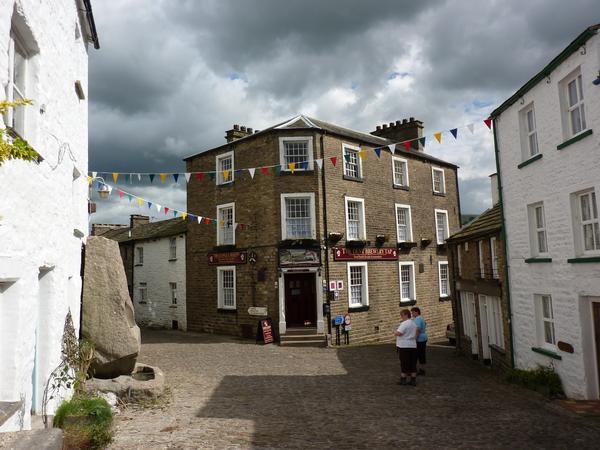 The George and Dragon © Andrew Bowden

Dent village in Dentdale in the Yorkshire Dales National Park is a charming village with narrow cobbled streets, lined with attractive cottages and almost from a vanished world.

For a relaxing holiday away from the Hurley burly of modern day life Dent has a great deal to offer with accommodation ranging from comfortable cottages to caravans. 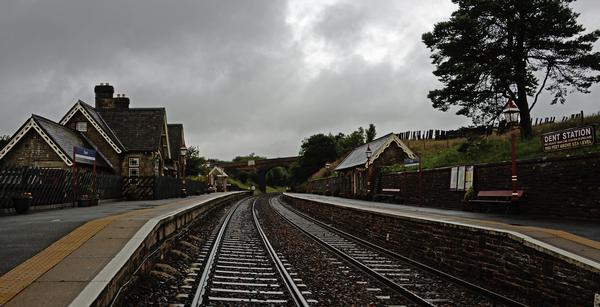 The village is extraordinarily well served with a post office and grocery shop, cafes and a craft centre.

It has some excellent pubs including the George and Dragon and the Sun Inn which sell a magnificent Cumberland sausage and chips which can be washed down with a wonderful variety of bitters from the famous Dent brewery.

This brewery is purported to be one of the most remote breweries in Britain with the 'Aviator' beer having been a winner of the CAMRA award 2008 but sample the 'T'owd Tup'! 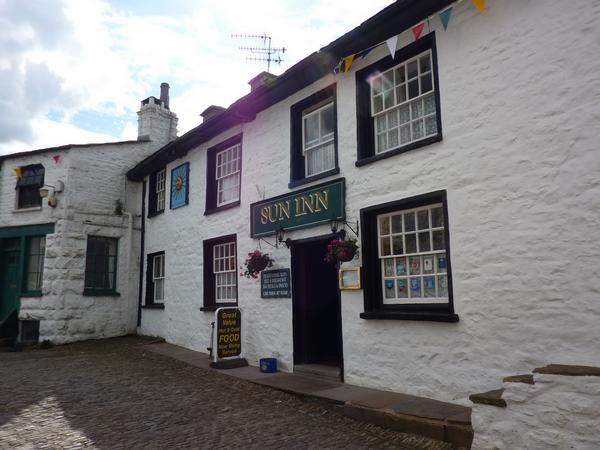 Dentdale's most famous figure was Adam Sedgewick who was born in the Old Parsonage in the village in March 1785 and whose triumphs as the founder of British geology are remembered in a granite memorial standing in Dent market place, the erection of which required a team of 8 horses.

Sedgewick is said to have discovered the "Dent Fault", a crack in the earth's crust where the slate rocks of the neighbouring Howgills had been thrust up high above the Dales limestone beds. 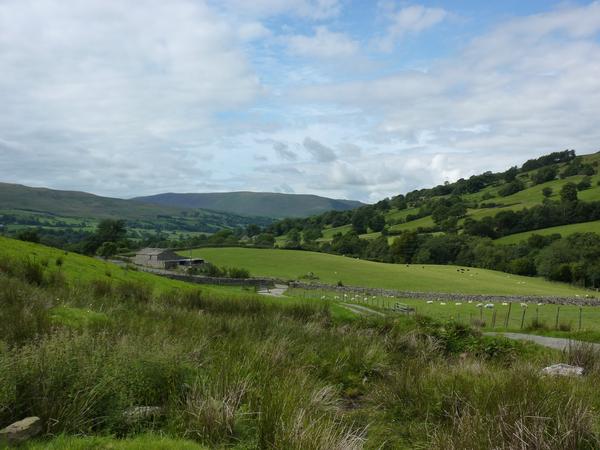 Looking down Dentdale from the Dales Way © Andrew Bowden

Even with his impressive career, he remained very fond of Dent and wrote about it in 'Adam Sedgewick's Dent'.

Another famous personage from the Dentdale area was Miles Mason, the originator of the celebrated Mason's Ironstone Pottery who was born in 1752 at Westhouse in Dentdale.

The Terrible Knitters of Dent

Though predominantly a farming community various cottage industries lived alongside the farming in this area. One famous example in the past were the Dent knitters who were referred to in Robert Southey's poem as "the terrible knitters of Dent."

"Oh the terrible knitters of Dent

Their fingers are gnarled and they're bent

And the tourists are staying where inn signs are swaying

And the fountain sings Sedgewick's lament."

Apparently both men and women used to knit as a way of supplementing their incomes, creating mittens and socks.

It is reported that an experienced knitter could produce ten woollen caps a day using the knitting sticks handed down though generations.

However, by early 1800 the trade had collapsed but visitors to the Dent Craft Centre can still see how it was done.

Dent boasts the very attractive and dominant 12th century church of Saint Andrew which is a fascinating place to visit. Though originally Norman it was rebuilt in the early 15th century and further restored in the late 16th century.

Near the chancel can be viewed the famous Dentdale marble which contains fossils.

At one time Dent Marble Mill exported marble fireplaces all over the world. The church offers an interesting booklet on Dentdale's long and absorbing history of religious conflicts.

Some of the outlying cottages still retain the names illustrating the rise of different religious factions such as Quakers and Wesleyan Methodism that arose in the past.

Then there is the very special Settle to Carlisle railway. Remote Dent station the highest railway station in Britain - is bleak, windswept and looks out on views that are hauntingly beautiful, and where sometimes the only sound is the wind in the pines.

It can feel very lonely there as it has only two inhabited buildings, one of which is the old railway ticket office converted into a holiday cottage with the Ladies Waiting room now the kitchen!

Dent railway travellers on their way to Settle go through the famous Blea Moor tunnel and over the Ribblehead Viaduct, built between 1870 and 1875, a masterpiece of engineering which was constructed by hard working navvies who lived in shanty towns on the moor.

It is said that these navvies, some of whom had worked all over the world, found the area one of the most desolate they'd ever experienced.

A visit to the local hostelry followed by a walk over the moor to view the monument near the viaduct is worthwhile.

It lists all the shanty towns erected to house the navvies and their long suffering families during the construction with haunting names such as Salt Lake, Sebastopol, and Jerusalem.

Standing under the dripping arches in a misty cold drizzle makes you take your hat off to them. 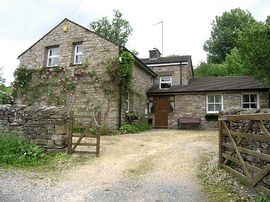 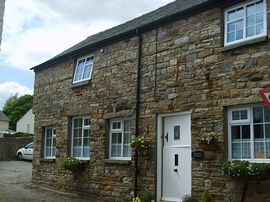 more self catering near Dent...

Days Out in Dent

Places to Visit near Dent