You are here:  Towns -> Places to Visit in Kent -> High Halstow

Things to do in High Halstow, Kent 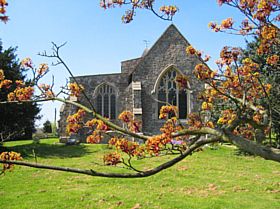 The village is set on the highest point of the Northern ridge {the Hoo Peninsula} and has a wide variety of scenery within its boundaries. It can be approached in any four directions by road, but of these only two give an impression of its true character. These are the narrow, twisting road through the orchards from Cooling and the road from from Hoo and Rochester Dux Court Lane. These wind between tall hedges past the attractive creeper covered seventeenth century farmhouse of Ducks Court. From both of these directions the village is seen from below up on its spur, the final spine of the uplands which have spread north form the Downs.

The two roads join beside the grey stone and red brick of St Margaret's Church, with the attractive frontage of the village inn, The Red Dog, next door. Parts of this inn are said to date back to the Tudor period.

The Street runs slightly downhill through the village towards the North, before the land rises again to Northward Hill. At 209 feet, this is the highest point of this part of the Peninsula. On the right is the black and white half-timbered cottage which used to be one of the village forges. On the left is the school, built in cedar. The road passes through the old council estate, but a turn to the left swings it up to Northward Hill.

Here on the crest of the hill, amid ancient oaks, elms, sycamores ash, hawthorn, elder, blackthorn and more, is the National Nature Reserve - an RSPB bird sanctuary of approximately 700 acres. It includes the largest Heronry in England with some 180 pairs of breeding Grey Heron. It is from vantage points around the hill that perhaps the best views are to be had. These showcase the immense variety of scenery, ranging from the thickly wooded slopes of the hill itself, over orchards, ploughed land, pasture marsh and out across the estuary of the Thames, which forms the parish's northern boundary.

The village is a very old one. The name is early Saxon in form, and indicates a pre Christian holy place, set on a hill. The parish church was already in existence at the time of the Doomsday Book, when it is recorded as paying the usual chrism fee of 9 denarii to Rochester. The present building of St. Margaret's is mainly of the thirteenth and fourteenth centuries, and is distinctive by the red brick restoration work carried out to the tower. Unfortunately the impressive spire shown in the Sixteenth century map, and again in another of 1719, is now tru 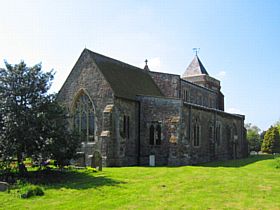 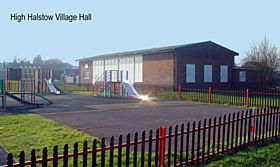 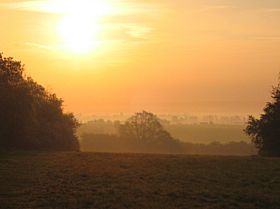 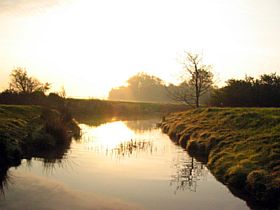 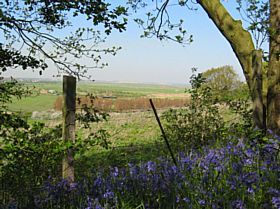 more self catering near High Halstow...

Days Out in High Halstow

Places to Visit near High Halstow