You are here:  Towns -> Places to Visit in Devon -> Hartland

Things to do in Hartland, Devon 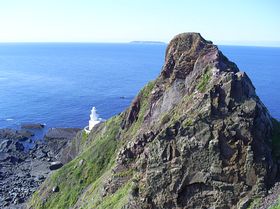 The Lighthouse at Hartland © Neil Storey

At the time of King Alfred, it was one of the largest royal hunting manors of the Saxon king. The village was probably named after the hunting grounds as "hart" is another name for deer.

The village grew up to serve Hartland Abbey which was founded in 1157. It thrived until 1539 and Henry VIII's Dissolution of the Monasteries. Due to its remote location it was the last monastery to be closed. The king gave the abbey to his wine steward who converted the abbot's house into a comfortable residence. Eventually Hartland Abbey became the ancestral home of the Stucley family who still live there.

In 1586, the Hartland community built a quay at the natural harbour. The port expanded and for a time was kept busy exporting coal, granite and local produce. In 1887 a winter storm washed away most of the quay and as trade was on the decline, it was not replaced.

Hartland is a hidden gem, often overlooked by tourists rushing by on the A39 to better known villages such as Clovelly.

Hartland has a narrow main street which is lined with whitewashed cottages of varying ages. It is best to park on the main car park and stroll through the village, enjoying the sights including a couple of local workshops, Springfield Pottery and Hartland Pottery.

Small shops and tea rooms are gathered around the main square, along with gift and craft shops. There is a quaint village store with bow-fronted windows on Fore Street, which adds to the charm of the village.

There is a post office, fish and chip shop, cabinetmaker and a garage as well as a primary school serving the local community.

The central market cross and war memorial are outside the local Church of St John, also bordering the main square. The church was relatively new, built in the 19th century, but it made use of the clock from the earlier 17th century church.

Hartland is well served with three inns which provide good local food and the Hart Inn has a pleasant beer garden. The Anchor Inn and the Kings Arms also welcome visitors.

Things to Do Around Hartland

Like most small communities, Hartland's social life is based around the village hall. The carnival takes place in early August and includes a quiz night, competitions, a grand parade, concerts and a carnival dance on the final night.

Hartland Abbey is open to the public at certain times and the splendid Gertrude Jekyll gardens are well worth a tour. The Abbey Kitchen serves cream teas in aid of the nearby St Nectan's Church.

Visitors can take the pleasant walk along the South West Coast Path to Hartland Point which has a lighthouse and great views across the Bristol Channel to Lundy Island. Helicopter trips transport visitors from Hartland Point to the island with stunning aerial views of the coastline.

Hartland Quay still has a boatslip surrounded by many treacherous rocky formations.

The Shipwreck Museum at Hartland Quay tells the tale of this stormy coastline. 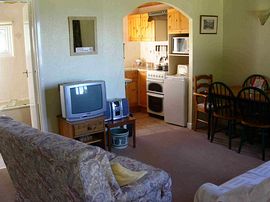 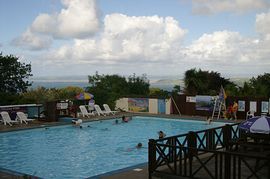 more self catering near Hartland...

Days Out in Hartland

Places to Visit near Hartland