You are here:  Towns -> Places to Visit in Surrey -> Egham

Things to do in Egham, Surrey 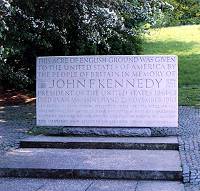 Egham - A busy coaching town in the 18th and 19th centuries, the town is now by-passed by heavy traffic and this, together with the recently pedestrianised town centre, makes it a favourite shopping place.

On its outskirts is the huge and ornate Royal Holloway building, modelled 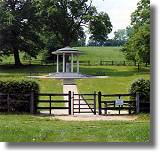 on the French chateau de Chambord. Built for the Victorian philanthropist, Thomas Holloway, as a college for women it was opened by Queen Victoria in 1886 and contains an excellent small art gallery which can be visited by prior appointment.

There are two special memorials at

Runnymede Meadow: The Magna Carta Memorial, erected by the American Bar Association to commemorate the sealing of the Magna Carta's 750th Anniversary; and the John F Kennedy Memorial, an acre of land which was given to the people of America in memory of President John F. Kennedy.

more self catering near Egham...

Days Out in Egham

Places to Visit near Egham