You are here:  Towns -> Places to Visit in Suffolk -> East Bergholt

Things to do in East Bergholt, Suffolk

East Bergholt is situated close to the Essex border in south Suffolk, just off the A12 which runs between Colchester and Ipswich. 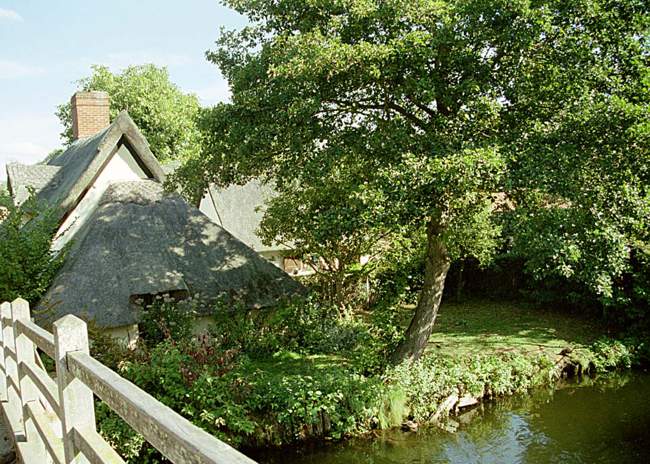 View of Cottage and river in East Bergholt

East Bergholt, with its population of just over 2,000, is one of the largest villages in the Stour Valley, famous for its production of fine linens.

St Mary's Church is well known for its lack of a spire or tower. The building was added to with bequests, making it a delightful hotchpotch of extensions and add-ons.

The village centre has several local shops and a post office.

Pubs in the area provide excellent meals and include the Hare and Hounds Inn, the Carriers Arms and the Beehive on the B1070 as well as the lovely King's Head and the Red Lion, both in the centre of the village.

The Old Hall in East Bergholt is an interesting building, once a nunnery and then a friary. It is now the centre of a commune of about 60 people who live as a cooperative and run an organic farm.

Stour House, once the home of Randolph Churchill, is a Grade II listed building but is not currently open to the public.

Visitors will enjoy the 16th century Bridge Cottage in the village. It was once used as a studio by John Constable.

The Lambe Schoolhouse was the former schoolroom but is now used for public functions.

The village has a primary school and a comprehensive secondary school in more modern buildings.

Things to do in East Bergholt

Take a scenic walk from East Bergholt to Flatford to see the watermill immortalised in Constable's painting of the pond. 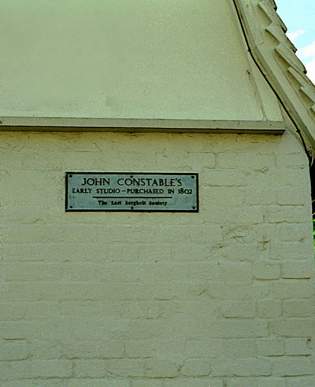 The mill and Willie Lott's Cottage were restored in the 20th century and are now the main local attraction for visitors to East Bergholt.

In spring, East Bergholt Place is the perfect place to visit. It has a fine garden centre and is noted for its full-headed camellias.

During the 16th century, the local residents were well known for their Protestant faith and during the reign of Mary I several of them were martyred.

John Foxe recorded the story in detail in what became known as the Foxe Book of Martyrs. 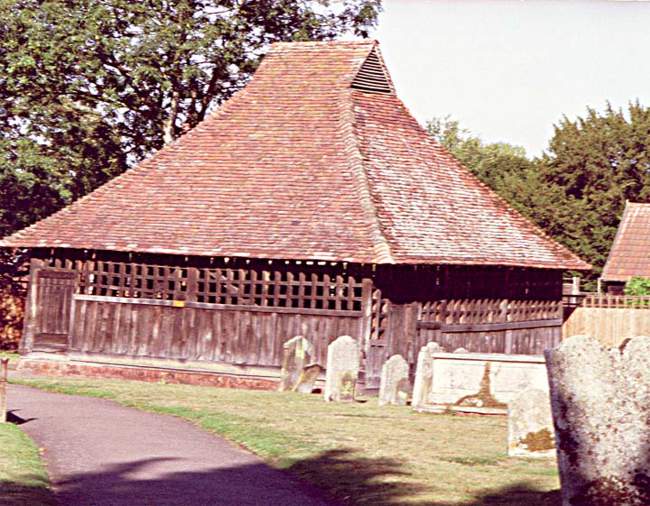 The Church of St Mary's was started in 1525 but when Cardinal Wolsey failed to obtain a divorce for Henry VIII, he fell from favour and the church building was put on hold.

Eventually, a wooden tower was built to house the bells, which was meant to be a temporary structure almost 500 years ago!

Even more amazing, the wooden structure was moved in the 17th century from the south to the north side of the church as the resident of the Old Hall complained about the noise.

The bells are the heaviest five in England and they are even louder for the bellringers who have to stand alongside them to ring them, rather than using ropes as is usual.

Artist John Constable was born in East Bergholt and his famous landscape artwork features Flatford Mill and Dedham, which are both within easy walking distance of the village.

He married the granddaughter of the rector of St Mary's, Maria Bicknell.

Days Out in East Bergholt

Places to Visit near East Bergholt