You are here:  Towns -> Places to Visit in Essex -> Dedham

Things to do in Dedham, Essex

Dedham is an idyllic Old English country village in Essex, on the border with neighbouring Suffolk. 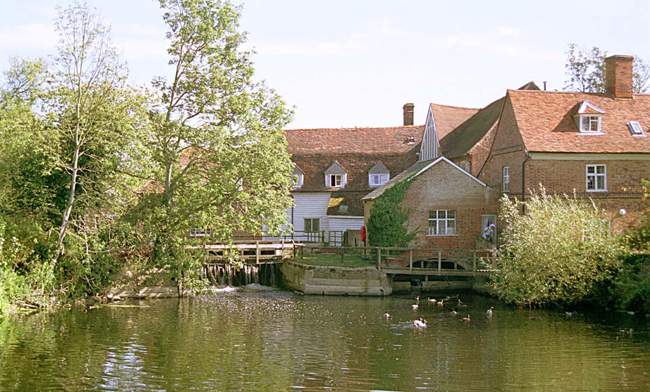 It is just off the A12 which links the main towns of Colchester and Ipswich.

Dedham is the epitome of rural England as captured by artist John Constable on his canvas entitled Dedham Vale in 1802.

Along with the Hay Wain it became one of his most famous landscape paintings.

Constable went to school in Dedham, at the Old Grammar School founded by Elizabeth I.

Along with Well House it is a Grade I listed building which can be seen on Dedham High Street, now converted into private residences.

Look for the initials J.C. carved into the stone wall - a modern-day prank perhaps?

Constable's work The Ascension can be seen within St Mary's Parish Church.

The church was built in the 15th century on the site of an even earlier place of worship and was paid for by Thomas Webbe, a local cloth manufacturer. 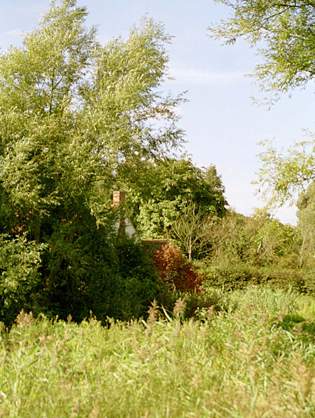 It is a grand building with many tall arched windows letting plenty of natural light into the rich interior.

While Constable's work went unrecognized until after his death, Munnings fared better and became the President of the Royal Academy.

He lived in Castle House in Dedham which is now a gallery showing his works.

Dedham is situated on the banks of the River Stour, with a cluster of houses gathered around the church.

Adjoining the village are two more hamlets of Lamb Corner and The Heath, both with their own delightful pubs, cottages and shops.

The main street in Dedham is charming, with many half-timbered houses and larger Georgian townhouses lining the road.

The village has a number of well-preserved buildings including Sherman's Hall, a Georgian-fronted townhouse which is now Grade I listed and managed by The National Trust. 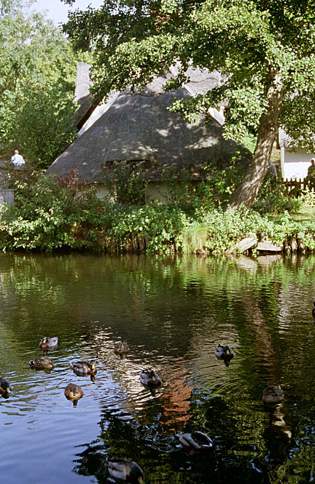 The charming Southfields building was once a factory when Dedham was a prosperous wool town.

It is now a series of cottages.

The mediaeval Sun Inn still has its arch which led to the stables at the rear during its coaching days.

The fine black-and-white building of the Marlborough Head Inn became an inn in the early 1700s but it was built much earlier.

Things to do in Dedham

Dedham is frequently said to have some of the most beautiful English landscapes with its scenic watermeadows.

It is the perfect place for artists and photographers to visit as well as walkers, cyclists and those who enjoy outdoor pursuits at one with nature.

A public footpath runs from Dedham to East Bergholt in one direction and Flatford in the other, a distance of 1½ miles to either village.

A visit to Dedham Vale nearby will reveal the true "Constable Country" where the artist lived and painted. 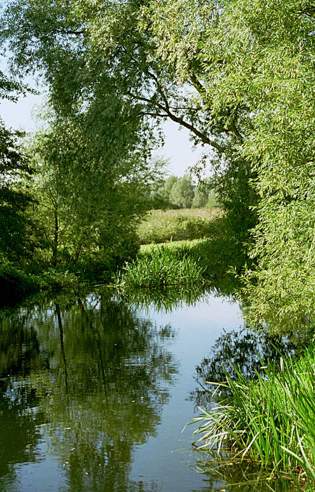 Flatford Bridge Cottage has a display about Constable's life and work.

Visit Sir Alfred Munnings Art Museum at Castle House and you will find the largest single collection of Munnings' works, fittingly displayed in the home he was so proud to own.

The Beth Chatto Gardens are a more recent attraction in the area, developed from wasteland in the 1960s and now a beautiful informal garden which is open to the public.

The nearest sizeable town to Dedham is Manningtree, a market town about five miles away which claims to be the smallest town in England, with just 700 people.

Days Out in Dedham

Places to Visit near Dedham