You are here:  Towns -> Places to Visit in Derbyshire -> Highpeak Junction

Things to do in Highpeak Junction, Derbyshire 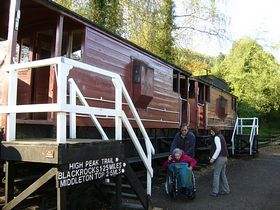 High Peak Junction is the start of the High Peak Trail, which follows the track of the former Cromford and High Peak Railway. Built in 1830, it was one of the earliest railways in the world and was designed on canal principles, with inclines where the trucks were hauled up or down by stationary steam engines. The first of the inclines starts at High Peak Junction and climbs to Sheep Pasture Top where there are fine views over Cromford and Matlock Bath.

The line originally connected the Cromford canal to one at Whaley Bridge, running across the limestone plateau to Buxton and down the Goyt valley, carrying stone from the Derbyshire quarries. The Goyt Valley section of the line closed as early as 1892, but the rest of the line continued in service as a unique part of the British Railways system until 1967.

The former workshops on the Cromford canal are now a visitor centre, with some original brake vans from the railway. 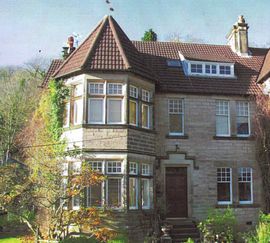 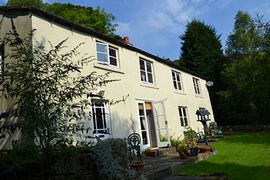 more self catering near Highpeak Junction...

Days Out in Highpeak Junction

Places to Visit near Highpeak Junction