As autumn takes hold, the main celebration on the calendar is Halloween, or All Hallows' Eve.

It falls on October 31st, the day before All Saints' Day (or All Hallows) and has come to incorporate a medley of pagan harvest festivals and celebrations honouring the dead, which were once part of the Celtic Feast of Samhain.

Samhain dates back to the 7th century and means "Summer's end". It marked the end of the lighter summer evenings and heralded the start of the "darker" half of the year.

Superstition, witchcraft, divination and fortune telling by supernatural means were rife at this time and became part of the pagan celebrations.

Over time, the night of 31st of October evolved into the secular holiday known as Halloween.

The ancient city of Edinburgh is said to be one of the most haunted places in Britain. 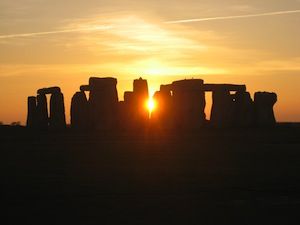 The underground city of Mary King’s Close is said to be haunted by a girl called Annie who was believed to have contracted the plague and was locked in her room and left to die. Her spirit lives on…

Visitors to the Underground Vaults in Edinburgh have also reported cold sensations and stones being mysteriously thrown.

There are several ghost tours in the city, and serious ghost hunters take equipment such as EMF meters and video cameras to capture proof.

London has a turbulent history and many institutions from Downing Street to the Tower of London are said to have regular ghostly or supernatural happenings.

Hampton Court is said to be haunted by several wives of Henry VIII. One incident was actually captured on CCTV when a mysterious robed figure passed through doors which opened of their own accord. It has never been explained…

The ancient county of Wiltshire is said to be a paranormal hotspot. 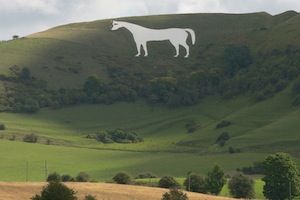 Converging ley lines, the ancient stone circles of Stonehenge and Avebury and white horses carved long ago on the chalk hills seem to be the focal point for strange phenomena.

Devizes seems to be the place to visit for GHOMATS - that’s Ghosts, Hauntings, Orbs, Mystical Auras, Taro and Spirits, according to the local ghost-investigating team.

Many old pubs across Britain report strange happenings, from ghostly figures appearing at the Red Lion in Avebury to a ghostly dog pulling at drinkers’ trouser legs in the Golden Fleece, York. 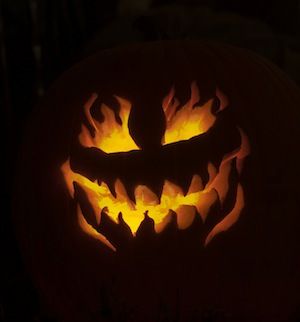 If all these tales leave you with goosebumps, perhaps you’d better stay home on Halloween with the curtains closed and the door firmly locked - just in case!

Fun Things to Do at Halloween

Widely celebrated in the US with fancy dress and "trick or treating" for sweets,

Halloween is a fun festival for youngsters in the UK which is rapidly growing in popularity.

There are plenty of things to do which can entertain youngsters as they prepare for the night: