You are here: Articles -> Seasonal Features -> A Special Day of Remembrance

A Special Day of Remembrance

Never in the field of human conflict has so much been owed by so many to so few - Winston Churchill.

Remembrance Day, also known as Armistice Day, is all about honouring those who made the ultimate sacrifice for their country.

It is an official memorial day to remember those who gave their lives in the line of duty and it is observed throughout the British Commonwealth at the 11th hour on the 11th day of the 11th month.

King George V initiated the first Remembrance Day in 1919 after the official end of World War I. It now pays homage, not only to those who gave their lives in World Wars I and II, but also those who died in more recent conflicts such as the Falklands, Iraq and Afghanistan. 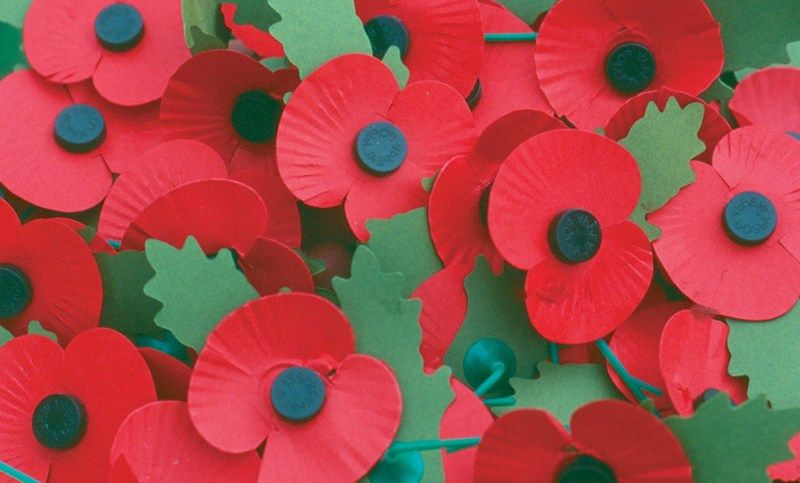 A traditional part of Remembrance Day is the wearing of red paper poppies as a buttonhole or lapel pin.

These are a reminder of the fields of red poppies that transformed the bare earth, blooming around the bodies of fallen soldiers across the battlefields of Flanders in northern France during the First World War. Their brilliant red colour seems to be an appropriate symbol of the blood spilt during that terrible conflict.

Each year in early November, poppies are sold by volunteers on the street, in businesses, banks and shopping centres worldwide. The funds raised go to supporting the welfare work of the Royal British Legion.

Remembrance Day is observed across Britain in small gatherings and larger official ceremonies. Many offices and public buildings observe a two-minute silence at 11am when people stand silent and contemplate the price paid for our freedom today.

More services take place on the nearest Sunday to November 11th, with services held at local war memorials in towns throughout the country, often organized by the Royal British Legion.

The main official ceremony is held in central London and is led by the Queen, wearing mourning black with a scarlet poppy prominently worn on her lapel. She takes up her position in front of the Cenotaph monument in Whitehall, supported by members of the royal family, many in their military uniforms.

Also attending the ceremony are thousands of veterans, although this is becoming an increasingly diminished number from World War II as the years slip quietly by.

On the stroke of 11am from Big Ben, a rifle shot is fired, signalling the start of a two-minute silence. It ends with a massive boom of cannon fire from the King’s Troop Royal Horse Artillery on nearby Horse Guards Parade.

The Queen always lays the first wreath, again of red poppies, and she is followed by the Prime Minister, the leaders of other political parties, the Commonwealth High Commissioners on behalf of various commonwealth nations, the Foreign Secretary and then representatives of all the military services, armed forces, Merchant Navy, Her Majesty’s Coastguards and ex-servicemen’s organizations.

There is a parade of veterans and civilians who march past, saluting the Cenotaph, at the official pace of 100 steps per minute. A band plays tunes associated with patriotism and the wars.

A particular focal point on Remembrance Day is the National Memorial Arboretum which is a peaceful green space of contemplation for visitors with 50, 000 mature trees and over 200 memorials paying tribute to those who currently serve our country and those who have died in conflict.