You are here:  Attractions -> Things to Do in North Yorkshire -> Whitby Abbey 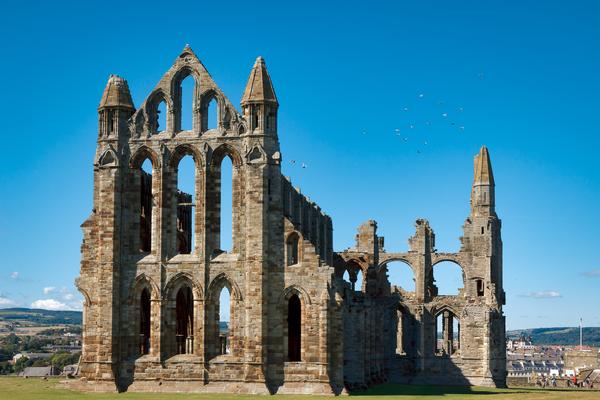 © Shutterstock / Philip Bird LRPS CPAGB
Best known as the setting for Bram Stoker's novel Dracula, the impressive ruins of Whitby Abbey were once the home of a Saxon saint.

The important abbey was also the site of the Synod which gathered in 664AD and decided the date for Easter in Britain, choosing the Roman traditions over the Celtic practices. 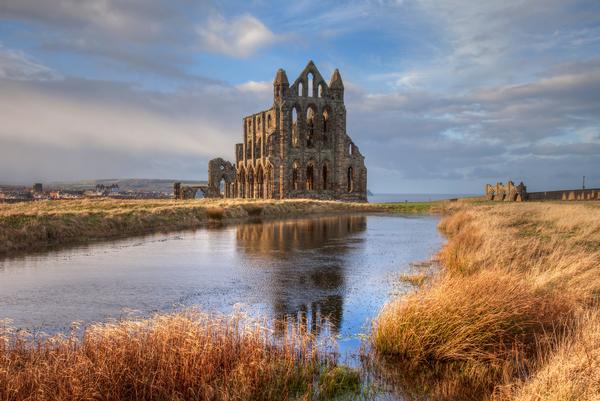 © Shutterstock / Gail Johnson
Whitby Abbey is a most impressive historic and religious ruin, set high on a headland on the outskirts of Whitby, overlooking the wild North Yorkshire coast.

Visitors may choose to approach it by climbing the 199 steep steps from the town or take the gentler walk from the car park to the south of the abbey, passing the abbey pond along the way. 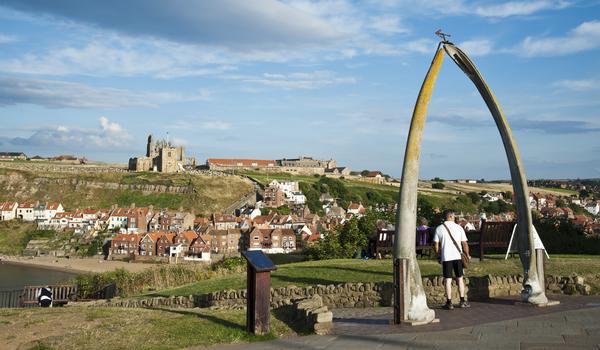 © Shutterstock / David Kenneth Oakes
The original abbey was founded by St Hild in 657. She was a princess, daughter of the King of East Anglia, and she led a secular life for 33 years before feeling called to become an abbess. The venerable Bede wrote of her "mercy, purity and other virtues".

The abbey became a gathering place for both monks and nuns, including the early English-language poet, Caedmon. 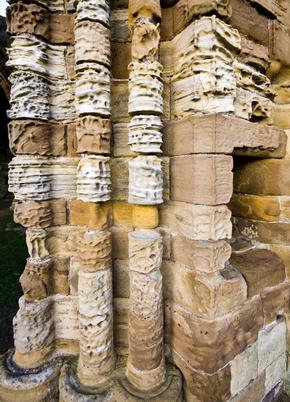 After the death of Hild she was granted sainthood and her relics attracted many pilgrims.

The financial donations from these visitors allowed the abbey to prosper.

When the Vikings invaded the town in 867 the abbey was destroyed.

It was some time before the Benedictine Abbey was refounded by Reinfrid, a knight of William the Conqueror, in the late 1070s.

The Norman Church was quickly outgrown with the pressure of many visiting pilgrims to St Hilda's shrine and in the 1220s building of the larger and grander Abbey began. 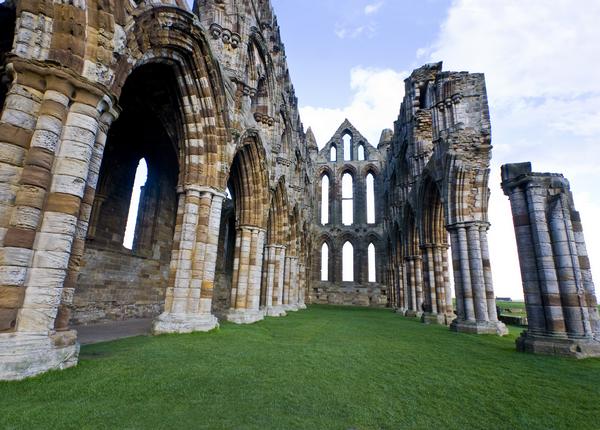 © Shutterstock / Brian Maudsley
No expense was spared in the building of this grand abbey, emulating other ambitious constructions such as the choir at nearby Riveaulx Abbey and the grand transepts of York Minster.

The interior of the choir would have been painted in rich colours and the windows glazed with stained glass. All that remains is the elaborate stone carving on the surviving walls.

Whitby Abbey flourished until Henry VIII's Dissolution of the Monasteries Act and the abbey was left in a state of ruin. However, it was apparently not destroyed as much as other abbeys as it was an important landmark for shipping navigation. 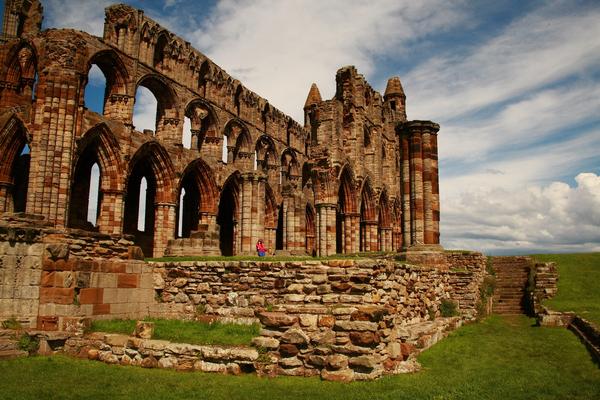 © Shutterstock / Andrzej Sowa
The site was passed to the Cholmley family who used much of the stone to build a mansion nearby, known as Cholmley House, which now houses the excellent Visitor Centre.

In the 18th century Whitby was a popular haunt of artists and engravers. They used the landmark ruins in their work, which in part assured the abbey's continued preservation 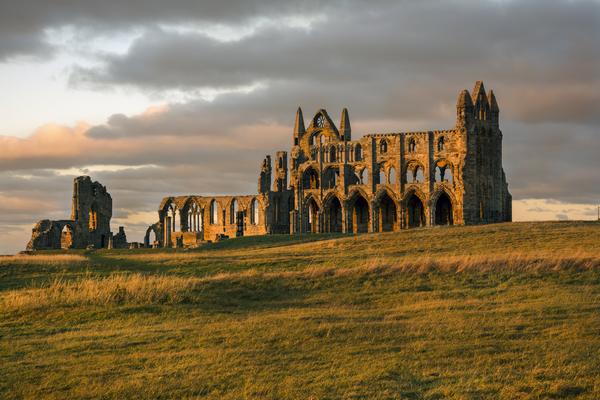 Visitors to Whitby Abbey can appreciate the early Gothic architecture in the roofless nave and soaring south transept. To the east of the abbey are Anglo-Saxon tombstones in a shallow ditch close to the remnants of the early abbey of St Hild.

Enjoy the audio-visual displays of the history of this medieval abbey and the recreation of the grand house and gardens which once graced this site.

Days Out near Whitby Abbey

Places to Visit near Whitby Abbey