You are here:  Attractions -> Things to Do in Northumberland -> Lindisfarne Priory 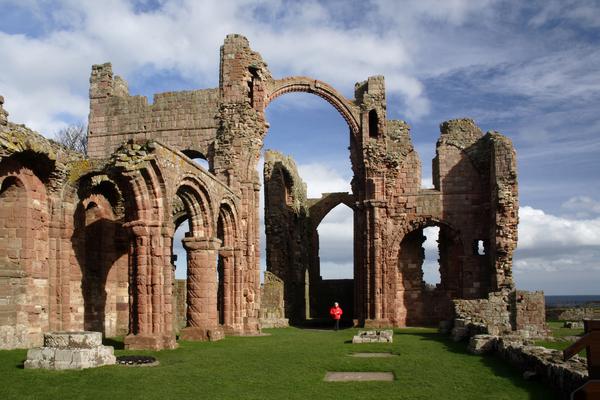 © Shutterstock / Gail Johnson
Home to the Lindisfarne Gospels, a trip to Holy Island and the ruins of Lindisfarne Priory have all the ingredients for a great family day out in Northumberland.

Check the tide tables before visiting, as the causeway linking Lindisfarne to the mainland is submerged at high tide.

The island of Lindisfarne, also known as Holy Island, was an important early centre of Christianity during Anglo-Saxon times. 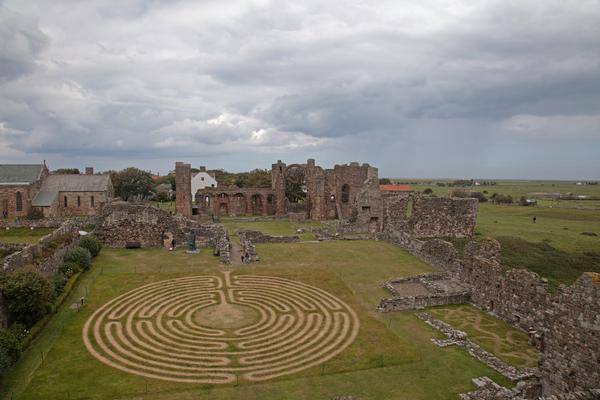 © Shutterstock / Gail Johnson
The Priory was founded by St Aidan in 635AD and would have consisted of a simple wooden church and an austere lifestyle for the small band on monks.

However, all that changed when the corpse of the former bishop, St Cuthbert, was exhumed eleven years after his burial in 687AD, and it was found to be undecayed.

Cuthbert had been regarded as an exceptionally devout and holy man who spent time as a hermit on the Farne Islands where he later died. 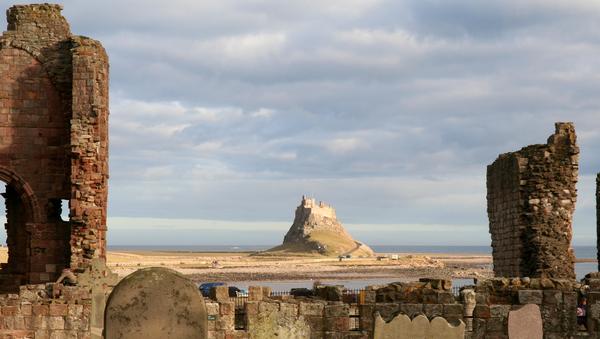 Lindisfarne Castle seen from the priory © Shutterstock / george green
Lindisfarne was established as a place of pilgrimage to the shrine of St Cuthbert and was said to be a place of miracles. His surviving relics are now housed in Durham Cathedral where they were brought in 1104.

Another famous monk who left a valuable legacy was Eadfrith, Bishop of Lindisfarne from 698 to 721AD.

He worked on a beautifully illustrated manuscript of the Gospels of the New Testament using animal, vegetable and minerals dyes to create the beautiful illuminated manuscript. Typically, the first letter on each page had an elaborate and colourful design. 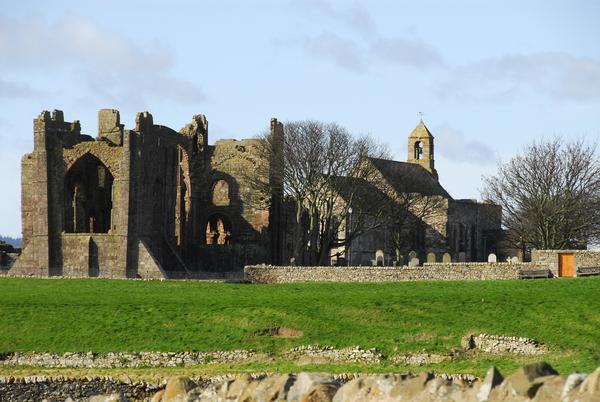 © Shutterstock / Darren Turner
An inscription added to the manuscript in the 10th century credited Eadfrith with the work, "to the glory of God and St Cuthbert". A jewelled leather binding was added by Eadfrith's successor, Ethelwald, to protect the 250 pages of vellum.

The manuscript was written in Latin with a 10th century Anglo-Saxon translation added between the lines. This priceless work is now on display at the British Museum in London.

By the end of the 8th century Lindisfarne had become a wealthy monastery and was a sitting target for the raiding parties of Vikings. 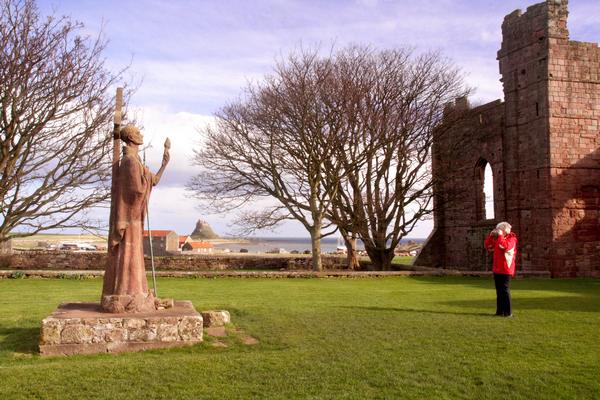 © Shutterstock / Gail Johnson
They were known to have stolen the highly jewelled binding of the Lindisfarne Gospels and a replacement was made.

In 875 the monks fled for their lives, taking St Cuthbert's remains with them, and the islands lay uninhabited for several centuries.

By the 12th century a permanent religious community was re-established on Lindisfarne by the Benedictine monks of Durham. It flourished until 1537 when the Dissolution of Monasteries by Henry VIII caused the monks to disband. 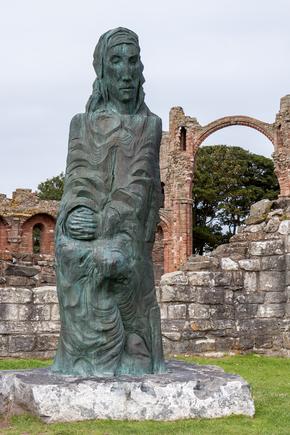 © Shutterstock / Phillip Bird
What remains on Lindisfarne are the extensive ruins of the monastic buildings and a peaceful air of serenity.

The priory ruins still show the ornate and detailed carvings on the arches and doorways.

The fine west front has survived along with the famous Rainbow Arch which is all that remains of the vault-rib ceiling of the crossing tower.

After exploring the island's attractions, visit the award-winning museum in the Visitor Centre to see a host of exhibits including Anglo-Saxon carvings.

The attached gift shop has some unusual souvenirs of your visit to this fascinating historic attraction.

Days Out near Lindisfarne Priory

Places to Visit near Lindisfarne Priory