You are here: Counties -> Wiltshire -> Things to Do in Wiltshire

19 Days Out and Things to Do in Wiltshire

Wiltshire's most famous attraction is of course the world famous megalithic monument of Stonehenge, but there are many other days out in Wiltshire which the whole family will enjoy:

The beautiful and historic Avebury Manor and Garden was built in the 16th Century on the site of a 12th Century Benedictine priory. 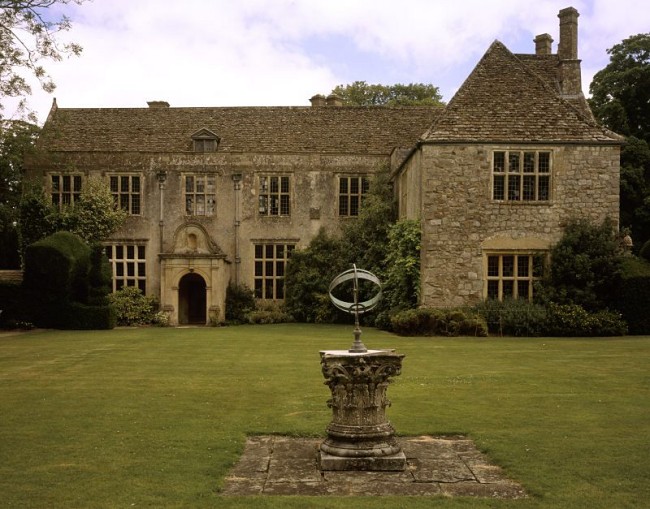 There are lots of interesting rooms to enjoy, including the Chinese Room and the panelled Cavalier Room with intricately carved ceilings. As well as the ancient manor itself, you can explore the gardens which are renowned for their impressive topiary. You can enjoy English high tea at the Manor, or picnic in the grounds.

Although sometimes overlooked by visitors in favour of Stonehenge, Avebury Stone Circle has stood for around 4,500 years, and is one of the world's largest stone circles - it's a quarter of a mile across! 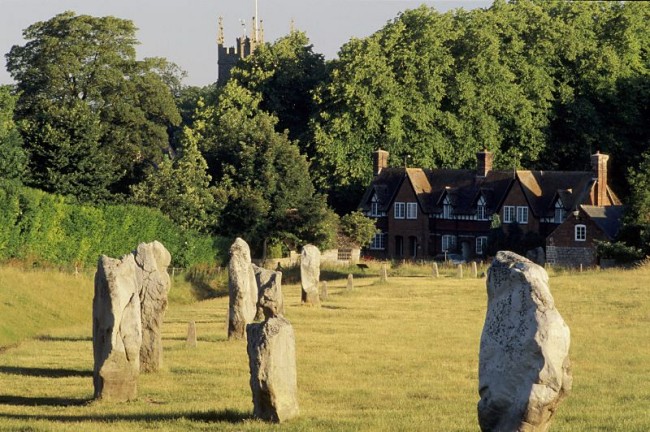 You can also walk among the stones, which makes it a much more intimate experience than Stonehenge which can only be viewed from afar.

Lying in a wonderful parkland setting created by Capability Brown, Bowood House and Gardens and its magnificent contents, including furniture, silver, and ivory from the Indian Raj offer an exceptional day out for lovers of historic houses and gardens. 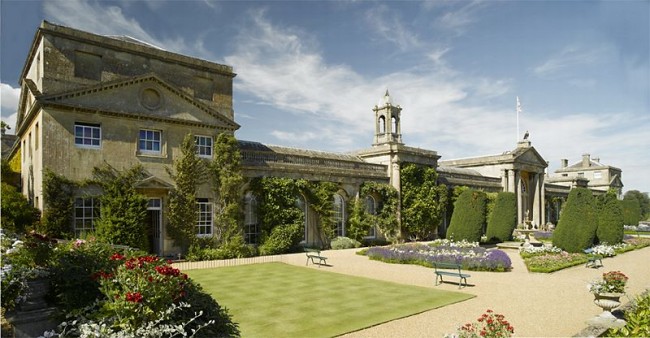 Children will be delighted to visit Bowood too, as it's also home to one of the best adventure playgrounds in Britain, including a life-size pirate ship, Space Dive, rope walks, trampolines and more.

Buscot and Coleshill Estates include two beautiful villages near the Wiltshire - Oxfordshire border.

With more than 60 cottages, a pub, village stores, church and a tea room, there's lots to see in both of these vibrant English villages. As you enjoy a stroll around both villages, you can soak up the atmosphere of a simpler time, and yet see how they are also home to real 21st century working communities.

The county has many historical attractions - but there are plenty of other things to do in Wiltshire for the more action-oriented visitor: Just up the road from the tranquil and picturesque village of Castle Combe, lies Castle Combe Circuit - one of England's classic motor racing circuits, and home to motorsport since 1950. 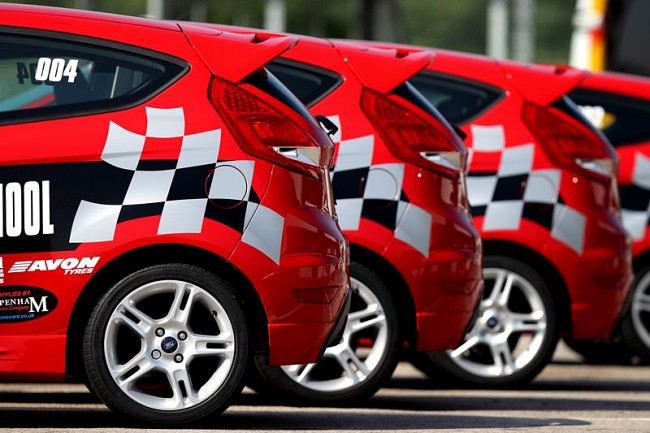 All the greats of British motorsport have raced here, from Stirling Moss to David Coulthard. Castle Combe is an excellent circuit for spectators, with lots of vantage points with a great view of the on-track action. Why not book an experience day and have a go yourself? 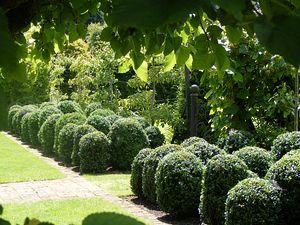 Just yards from the bustling high street in Holt, you'll find a much more tranquil scene - The Courts Garden.

You can enjoy a variety of interesting plants, topiary, ornaments, kitchen garden and more in this beautifully maintained, Gertrude Jekyll inspired garden.

If you were asked to close your eyes and imagine the perfect Medieval Manor House, you probably couldn't dream up anything better than Great Chalfield Manor and Garden. 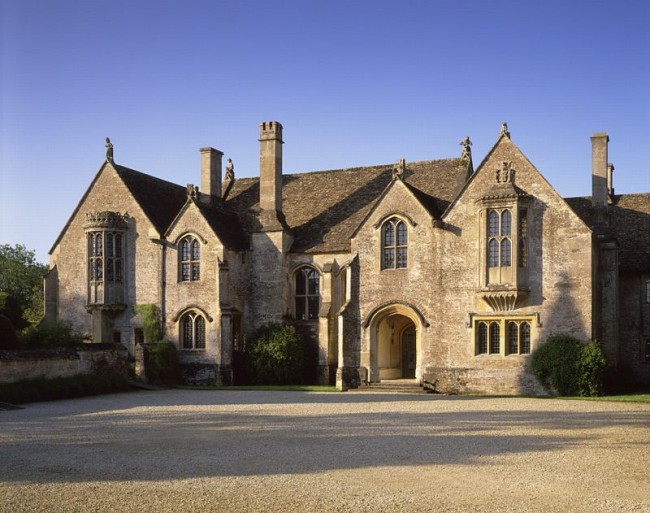 Built in 1470 from honey coloured stone, it sits in seven acres of Arts and Crafts gardens. As well as the gardens, visitors can enjoy several rooms including the Great Hall with its collection of hunting trophies.

If Lacock Abbey looks familiar, it's probably because it's been the location for several popular films including Robin Hood, Pride and Prejudice, Emma, and it's even been used for parts of Hogwarts in the Harry Potter films. 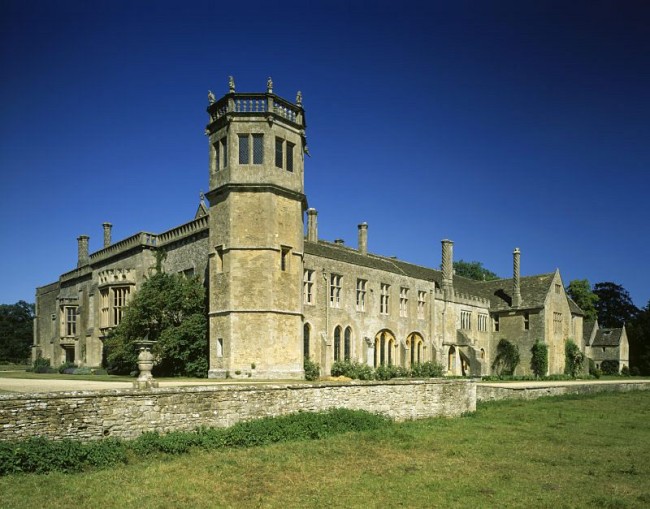 Founded in 1232 by the Countess of Salisbury, visitors will enjoy the original cloisters, the impressive octagonal tower and Lacock's beautiful setting in the water meadows of the River Avon.

There's so much to see and do at Longleat - it's not just one of the best days out in Wiltshire - it's one of Britain's favourite days out. 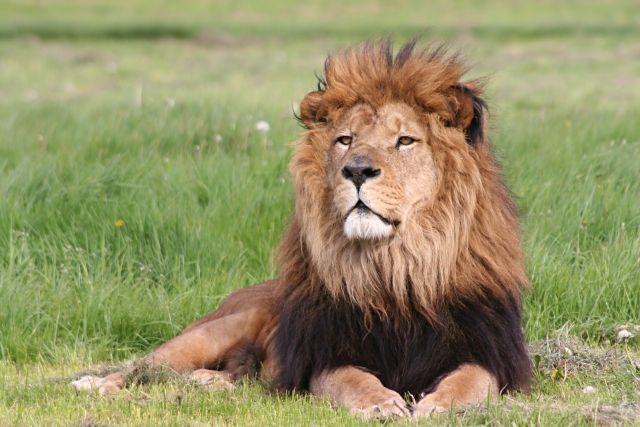 One of the Famous Lions of Longleat

Enjoy seeing a wide range of animals at the Safari Park, including Giraffes, Gorillas and a Monkey Drive-Thru. You can also explore Longleat House itself - one of Britain's most exceptional stately homes and a fine example of Elizabethan architecture.

If you enjoy visiting Stately Homes, you'll love Lydiard House & Park - you can tour the state rooms, enjoy the Georgian walled garden, and enjoy the house's magnificent setting - which offers more than 260 acres of parkland, lawns, lakes and woods to explore. 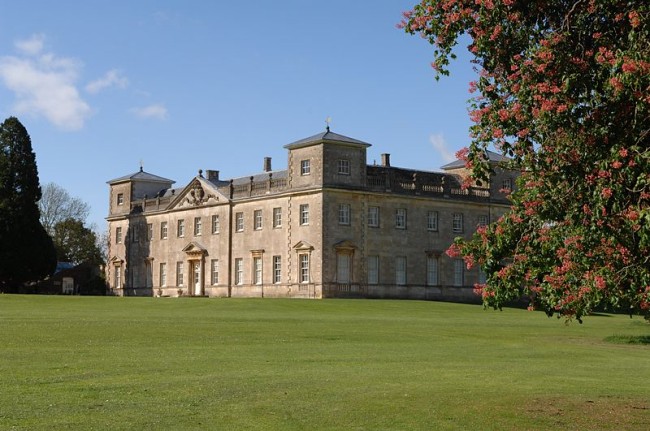 The children's play area is ideal for youngsters with energy to burn off, and there's also a cafe for those all-important refreshments.

If you're visiting Salisbury - don't miss Mompesson House which is conveniently located in the close near the famous cathedral. 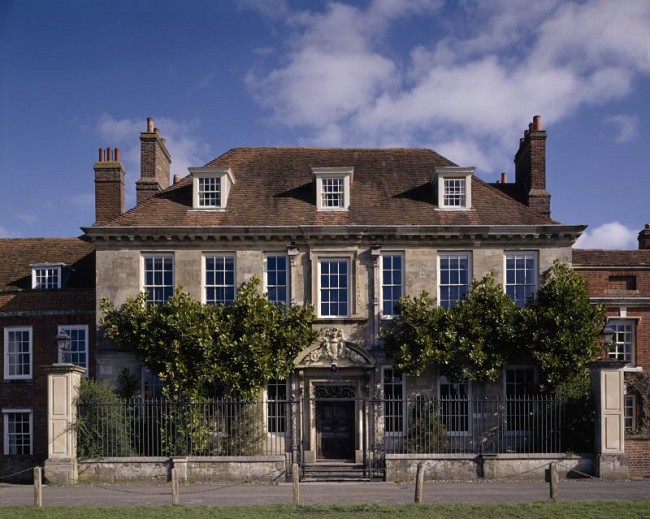 Mompesson was bequeathed to the National Trust in 1975, unfurnished - but has since been decorated and furnished with beautiful antique furniture, which is a joy to see in such a magnificent setting.

The house dates from 1701, the superb plasterwork ceilings were added in the 1740s, and children will enjoy spotting the carved heads throughout the house - there are more than 40 to find in total! 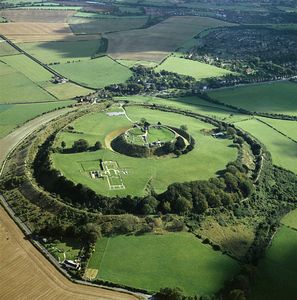 Wiltshire has many ancient historical monuments - and Old Sarum, near Salisbury is one of the finest:

A mighty earthwork built by iron age people in around 500BC, it was later used by the Romans, Saxons and Normans.

As well as the giant earthwork itself, today visitors can see the remains of the Norman palace, cathedral and castle. 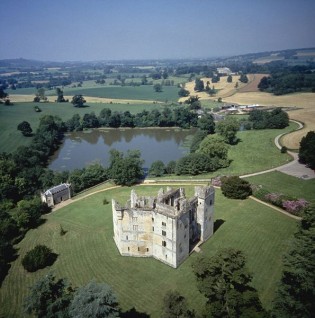 Old Wardour Castle beautifully situated by a lake, is every bit the castle of stories and legends, so it's no wonder it appeared in the hit film Robin Hood Prince of Thieves.

Built in the 14th Century, the castle is now managed by English Heritage, and makes a great day out. 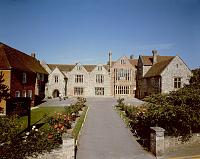 Home to finds from this historical area, including the Stonehenge World Heritage Site, Medieval Salisbury and Old Sarum, Salisbury and South Wiltshire Museum is well worth visiting. Visitors can also enjoy the costume collection, Turner watercolours and more than 600 pieces of Wedgwood. 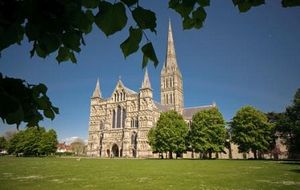 One of the finest Medieval buildings in the UK, Salisbury Cathedral is home to the tallest spire in Britain at more than 400ft.

The cathedral also contains one of only 4 surviving Magna Carta dating from 1215, and the oldest working clock in Europe. Check out the amazing virtual tour on our Salisbury Cathedral page.

One of Britain's oldest and most mysterious structures, Stonehenge is now a World Heritage Site. 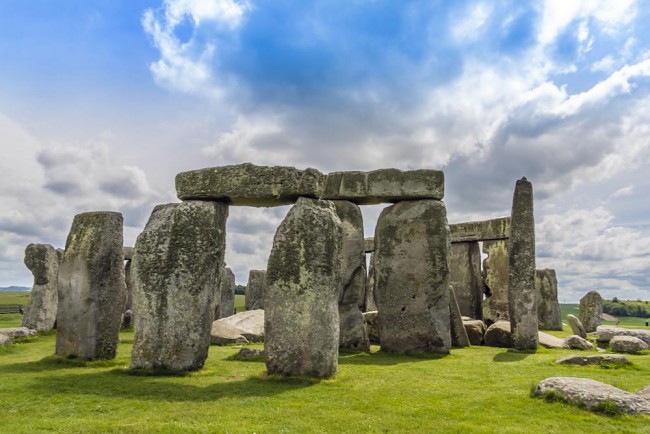 As well as the magnificent, awe-inspiring stones themselves, isolated on the vast Salisbury Plain, visitors to Stonehenge can now see the state-of-the-art visitor centre, which uses the latest technology to interpret and explain what we know about Stonehenge, and some of the theories about why it was constructed.

Although Stourhead is a magnificent historic house, it's particularly notable for its grounds. 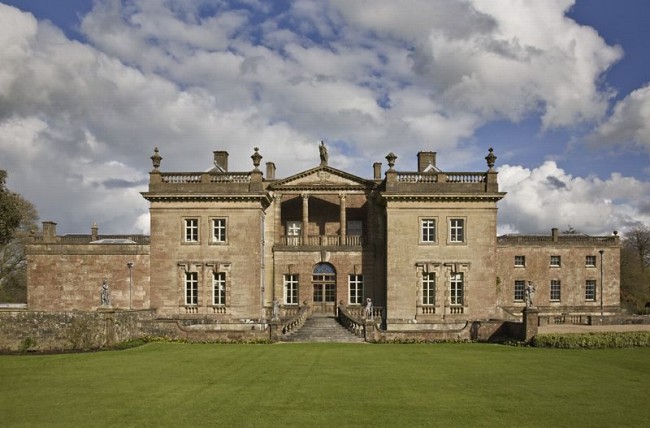 These include miniature versions of the Temple of Apollo and the Pantheon, a beautiful lake, a folly (which you can climb), Gothic ruins and a Palladian bridge. The house itself has an excellent collection of art, as well as furniture commissioned from Thomas Chippendale.

Built by a local farmer in the 15th Century, Westwood Manor is a great place to visit if you're interested in Jacobean and Gothic architecture. 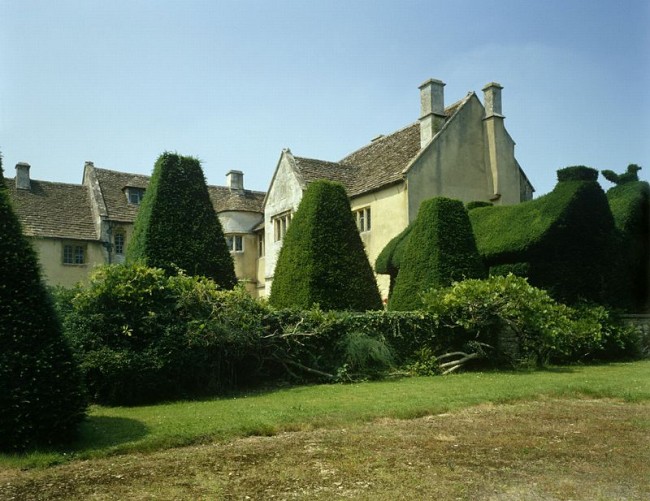 In the centuries since the house was built, many features have been added, including fine plasterwork and panelling, which you can still see today. Westwood is an interesting mix of upper-class home and down-to-earth farm, and is well worth visiting.

Wilton House has starred in many popular films including Mrs Brown, Sense and Sensibility and Young Victoria. It's not hard to see why it was chosen as it boasts both magnificent state rooms and beautiful landscaped parkland. You can also enjoy its superb collection of paintings by Van Dyck.

As you can see, Wiltshire has a lot to offer, with a wide range of tourist attractions, interesting and historic family days out, and things to do.

We hope this article has given you some great ideas for things to do in Wiltshire. As you can see, the county has a lot to offer the visitor - an unrivalled selection of ancient monuments and historical attractions, but also one of the best safari parks in the country, a premier motor racing venue, and much more. Enjoy your days out in Wiltshire!