You are here:  Attractions -> Things to Do in North Yorkshire -> Captain Cook Memorial Museum 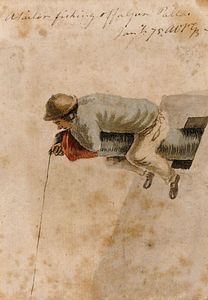 In the attic, lived his 'other family' of seventeen apprentices, lodging there when not actually away learning seagoing skills between Newcastle and London aboard their Master's coal ships - "that best 'nursery' of seamen".

One of these apprentices was the seventeen year old James Cook. The house in Grape Lane was Cook's only known 'landfall' in Whitby and his home is now the museum.

John Walker's house, built in 1688 the year of the Glorious Revolution, had its heyday in the mid 18th century.

A shipowner's house, a slipway led directly from the cellar to the edge of the River Esk. From it Walker's sturdy ships, all Whitby built 'cats', were serviced.

At the very top of the house, in the ship-timbered attic, the young James Cook pursued his winter studies by candlelight, he must often have looked across the river to the shipyards where, later, the ships he would use on his famous voyages - Endeavour, Resolution, Adventure and Discovery would be built.

An old adjoining cottage was restored in 2002 to make a new wing. There are now eleven rooms to visit in the house