You are here:  Towns -> Places to Visit in Somerset -> Watchet

Things to do in Watchet, Somerset

Watchet is one of those places that attract the loyalty, love and devotion of some and the complete indifference of others. It can look pretty one day and pretty bleak the next, it can be bustling with activity or seemingly deserted, a seaside resort one minute and a working port the next. 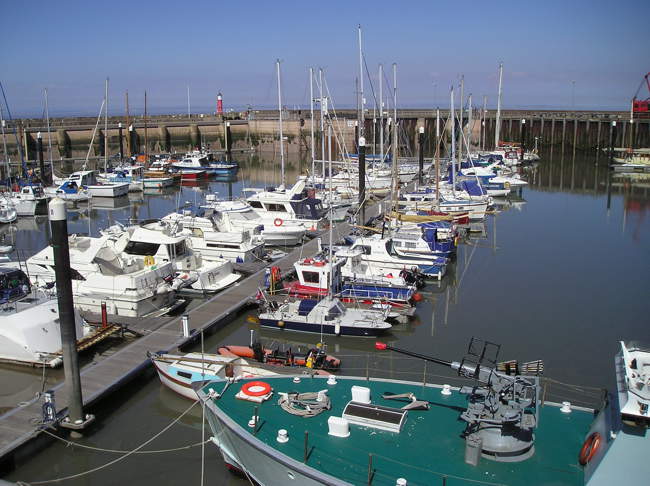 There is nowhere in Somerset quite like it and I confess to being a great fan. It is a town of legends and tales, inspiring poets, artists and musicians with its quirky character, long colourful history and the gritty determination of its people to win a living from the unforgiving Somerset coast.

Man has been in and around Watchet since the dawn of time and an Iron Age fort known as Daw's Castle can be found atop the cliffs on the western fringe of the town.

The Saxons established a Royal Mint here in the time of Alfred the Great, which may be why the Vikings attacked Watchet so frequently - four major incursions in the 10th Century alone. 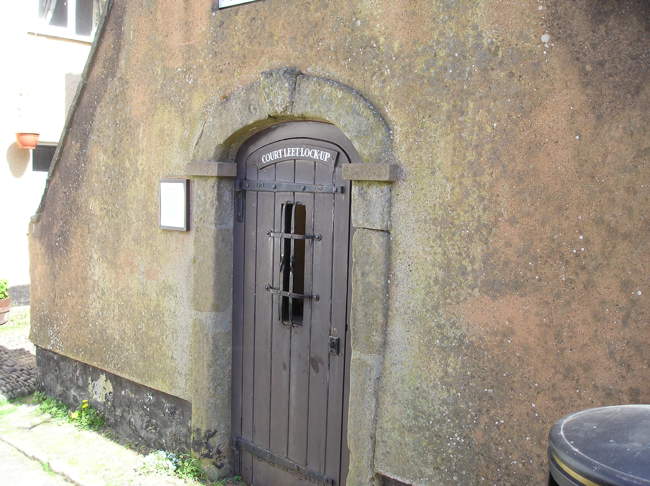 The town was recorded as a Saxon port and stronghold by the name of 'Waecet' in the year 962 AD and was then listed in the Domesday Book as 'Wacet' from the old Celtic words meaning 'Stream under the Wood'.

The Norman families in the area provided two of the Knights who in 1170 were involved in the murder of the Archbishop of Canterbury, Thomas A Becket.

To atone for this atrocity the disgraced Knights commissioned the building of Watchet's uniquely named St Decuman's Church.

The Story of St Decuman

St Decuman it should be pointed out was a Celtic Saint who sailed across the Severn Sea and into Watchet on a raft with only a cow to keep him company.

Legend has it that pagans murdered the Saint in his cell and at the site of the murder a great spring of water appeared, which is running to this day.

Folklore relates that the villains cut off the Saint's head after which St Decuman carried his own head to the well where he washed it, placed it back on his shoulders and carried on with his sacred work! 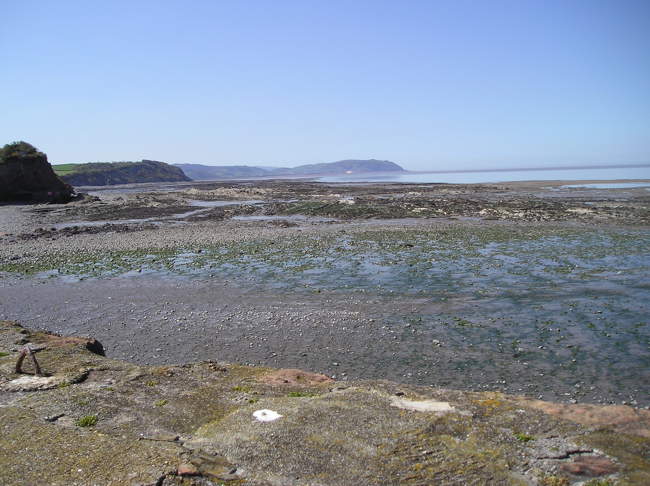 The holy well is to be found just below the church, where the water comes out between great stones set on end, having a third forming a roof on the top of them.

The North aisle of the church is actually known as the Wyndham Chapel and contains many monuments to members of the family going back to medieval times.

The Spooky Tale of Florence Wyndham

Florence Wyndham is the best known due to the fascinating story surrounding her death in the mid 16th Century.

Legend has it that she died a comparatively young woman, whilst in the later stages of pregnancy and was laid to rest in the family vault.

The greedy Church Sexton had overseen the internment and he returned that night to rob Florence's corpse of her gold rings. To his horror, as he tried to pull a ring from her finger, he felt resistance and then she sat up!

A few weeks after being restored to life Florence gave birth to a son, John, who was later knighted. History does not relate what happened to the Sexton!

Watchet's maritime history is long and colourful and the town has not one but two museums to tell the story. One of the most unusual events to take place off the Watchet coast came in the civil war during the siege of Dunster Castle by the Parliamentary forces in 1646.

The Royalists sent a ship full of troops in an attempt to assist Colonel Wyndham who commanded the Castle's defenders. Unfortunately, the vessel grounded in the shallows off Watchet and a detachment of Roundheads rode out and took the ship's surrender.

This is the only known incident in British history of cavalry capturing a Man of War! 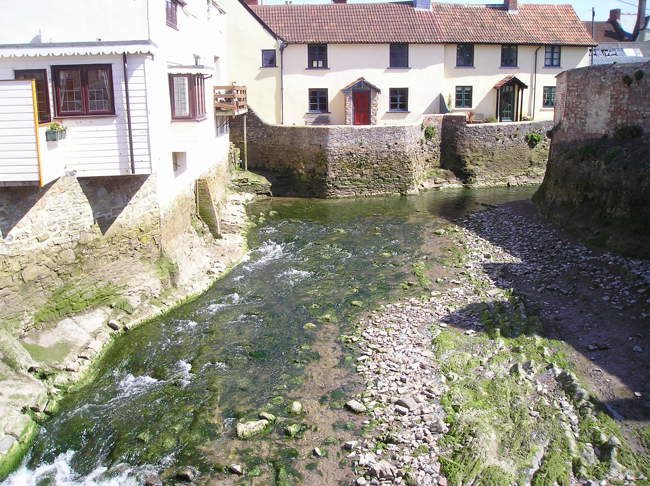 The Seventeenth Century also saw a rise in smuggling and King Charles II had his Surveyor-General make a tour of the Somerset Coast to report his findings. The part of the submission relating to Watchet made for dismal reading:

'At Watchet it was found that several small vessels had no other business but that of running goods, and that the collector of customs there usually sat drinking with the masters of ships while gangs of men were unloading them.'

The Collector of Customs in question was one William Dashwood who could usually be found in the Blue Anchor or The Ships Tavern drinking with 'the Gentlemen' otherwise known as smugglers. Dashwood was sacked and his deputy, Mr Perry, was put in his place becoming, instantly, the most hated man on the Somerset coast!

The Esplanade at Watchet is blessed with two fine bronze statues by the sculptor Alan Herriot that bear further testament to the little port's long maritime traditions.

The first is of the poet Samuel Coleridge's ill-fated character 'The Ancient Mariner'. It was on a walking visit to Watchet that Coleridge witnessed a vessel setting out for foreign shores and was inspired to write the epic 'Rime' telling of the misfortunes of a ship after one of it's crew killed a great wandering albatross in the Southern Ocean.

The second statue is of a real-life seafarer and 'chantyman', John Short, otherwise known affectionately as 'Yankee Jack', who died in 1933 at the age of 94. The nickname came from his exploits as a young sailor in the 1860s when he served in British merchant vessels engaged in running the blockade to supply the Confederacy during the American Civil War.

Yankee Jack knew over 60 sea-chanties and sang them all to Cecil Sharp, the founding father of the Folk-song Society. The writer Arthur Mee records that more than a dozen songs would have been completely lost had it not been for this collaboration.

In the 18th Century a paper mill was established at Snail Holt Farm using an apple crushing machine and Watchet has been producing high-quality paper ever since. All ports need a hinterland providing goods to export and an efficient transport network if it is to prosper.

The greatest boost to Watchet's prosperity came in 1862 with the arrival of the railway when the town became the terminus of the West Somerset Railway. A dozen years later the line was extended to Minehead, but Watchet's railway station remains at a right-angle to the line as a reminder that it used to be at journey's end. 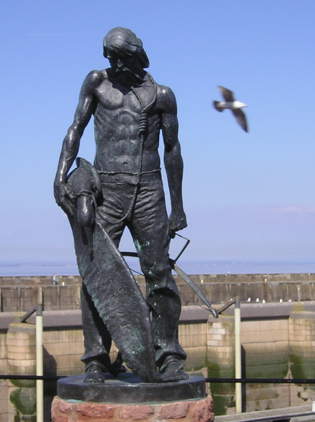 The railway was closed in 1971 but reopened as a private venture in 1976 to the delight of train buffs up and down the land. There is no finer view of the Quantock and Brendon Hills than that to be had from the window of a Pullman carriage and a quick visit to West Somerset Railway website is a good place to start.

In the mid 19th Century the West Somerset Mineral Railway line was built from Watchet to the Brendon Hills to bring iron ore from a newly sunk mine close to the Ralegh Cross Inn.

To reach the mine head a massive three quarters of a mile Inclined Railway had to be constructed with a gradient of 1 in 4 and rising some 800 feet in height. A fine-scale model of this railway is on display at the town's museum which is located in the Old Market House close to the Harbour.

Watchet today is a town with attitude and the residents are fiercely proud of their long and chequered history. Swain Street has shops, pubs and cafes aplenty and there is always something going on.

With abundant car parking space and lots to see I strongly recommend that you get along to the coast and walk in Coleridge's footsteps at the home port of the Ancient Mariner... and if you see an albatross, best leave it be! 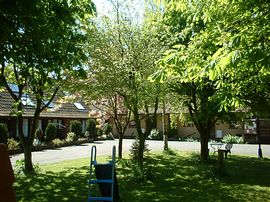 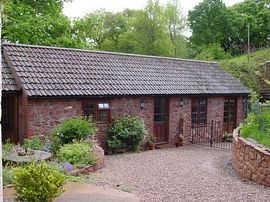 more self catering near Watchet...

Days Out in Watchet

Places to Visit near Watchet