You are here:  Towns -> Places to Visit in Oxfordshire -> Wallingford

Things to do in Wallingford, Oxfordshire

In 1066 William the Conqueror came to Wallingford and ordered the building of the castle which must have been impressive; it was to dominate the town for the next 600 years. 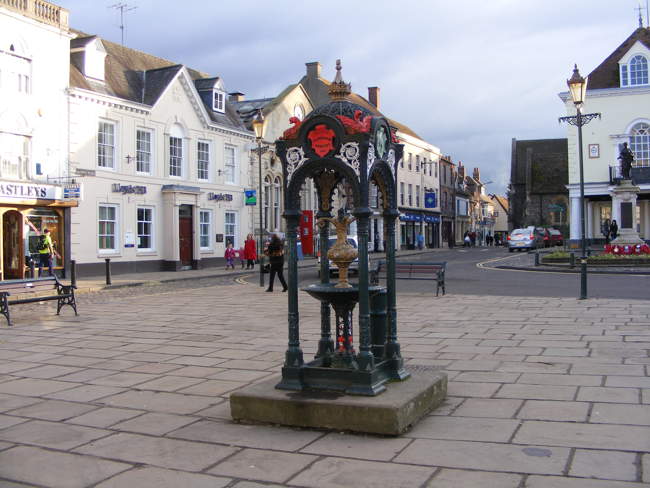 Wallingford certainly has a great deal of history and is a gem for the local history buff.

A trip to the museum, housed in the medieval oak beamed Flint House is a delight.

It narrates the story of Wallingford, including details of being the Saxon King of Wessex Alfred's largest fortified town. 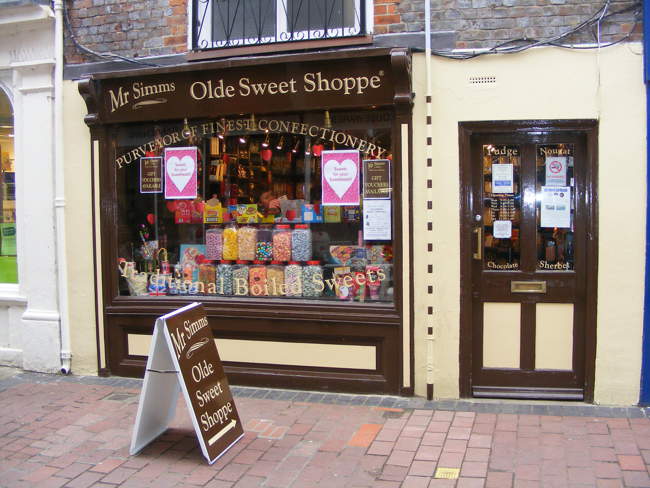 He ordered the building of the Saxon banks that would have enclosed and protected the whole town and the remains can be seen around the Kinecroft.

The narrow lanes of the older part of Wallingford follow the outline of the original Saxon roads which once echoed to the tread of other famous feet now consigned to history including writers, brigands and military leaders.

Agatha Christie lived on the outskirts of the town and is now laid to rest at Cholsey. 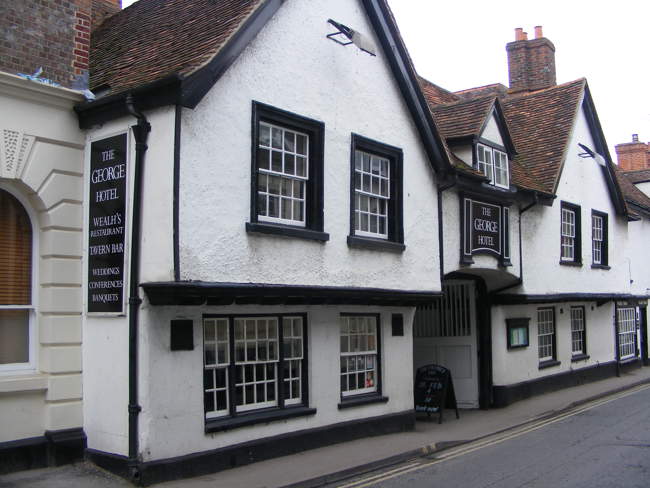 Dick Turpin is said to have holed up in one of the oldest buildings along the High Street, the George Hotel.

During the civil war, under the charge of Colonel Blagge, Wallingford remained faithful to the King until he and his battalion, besieged by Sir Thomas Fairfax, were eventually forced out.

Shopping and Entertainment in Wallingford

The centre of this Oxfordshire market town is an eclectic mix of old and new with traditional and charming shops mingling with the ultra modern. 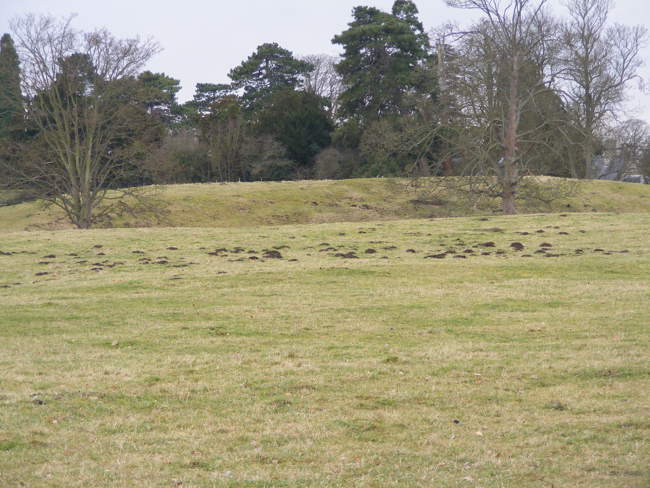 If the visitor is in pursuit of antiques then Wallingford is the place to come.

The impressive Lamb Arcade, once a coaching inn, is packed full of curios and also has a lovely tea room.

The market centre is dominated by the Town Hall, built in 1670, where Judge Sir William Blackstone presided as Recorder of Wallingford and wrote ‘Commentaries on the Laws of England'. 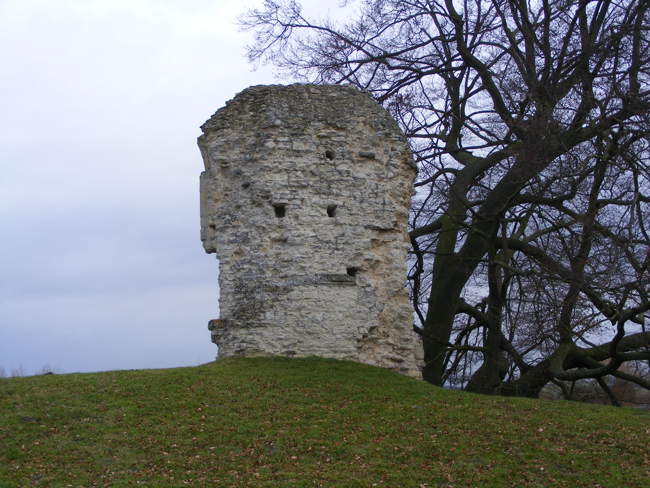 Sir William Blackstone is buried in Saint Peter's Church with its dominant spire.

Unfortunately, this interesting looking church is now closed and a plaque outside confirms that it is "no longer used for worship but it remains a consecrated building and part of England's history".

Near to the Town Hall is the old Corn Exchange, built in 1856.

This Grade II listed building had been abandoned and deteriorated badly until it was rescued by the Sinodun Players in the 70's. 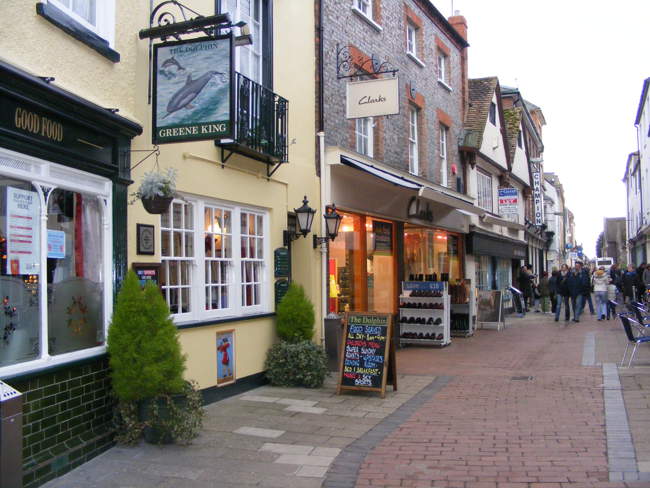 They have done a fantastic job of transforming it into a distinctive venue providing a unique atmosphere for a visit to the theatre or cinema.

Being so close to the Thames there are a lot of water activities.

A visitor in July may witness the Royal Swan Upping when the Queen's Swan Marker makes the annual census of the Queen's swans who live on the Thames. 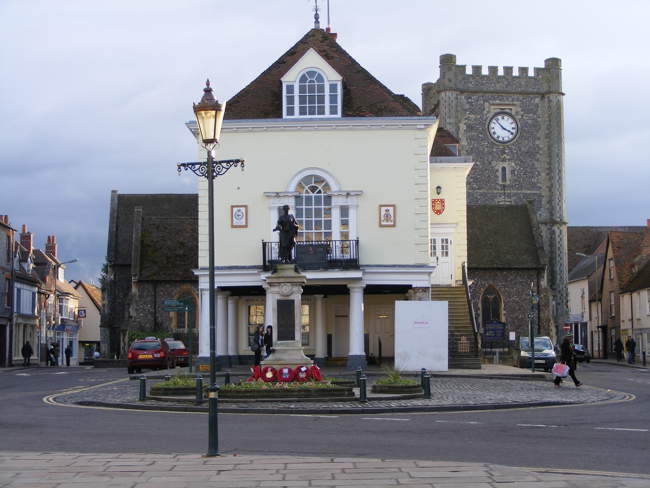 The Swans are counted, measure and ringed after the new cygnets have fledged.

Wallingford's steam railway heritage is preserved at the nearby Cholsey and Wallingford Steam Railway for those with a passion for old steam trains. 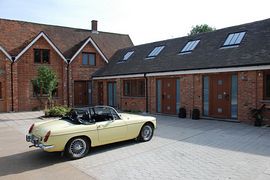 more self catering near Wallingford...

Days Out in Wallingford

Places to Visit near Wallingford