You are here:  Attractions -> Things to Do in Oxfordshire -> Greys Court 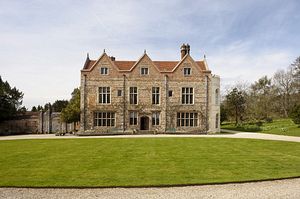 Greys Court is a picturesque and intriguing house, originally 14th century, with a beautiful courtyard and a tower surviving from 1347. It is situated 3 miles from Henley-on-Thames in Oxfordshire.

The house has been continuously occupied for over 600 years, with many extensions and additions over that time.

The house was once owned by Sir Francis Knollys who was treasurer to Elizabeth I and the jailer of Mary, Queen of Scots. Sir Francis carried out a large bulding program during his ownership, and some of the present house forms part of his work.

This building program was continued by his son, William, who became Earl of Banbury in 1626.

The house has outstanding examples of 18th century plasterwork, 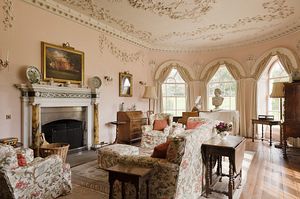 and is still furnished as it was when it was a family home, with a well-stocked kitchen and welcoming living rooms. It stands in the western part of the medieval courtyard and faces the Great Tower which was built and crenellated by John de Grey in mid 1300s.

The beautiful courtyard and gardens include walled gardens featuring old-fashioned roses and wisteria, a maze, an ornamental vegetable garden, a 19th Century ice house and a rare Tudor wheelhouse, where a donkey was used to operate a treadmill to haul water from a well.

It is said that when the lawns dry out due to a hot summer the outline of the foundations of walls and two gate-houses can be seen in the dry parched grass.

This property was donated to the National Trust in 1969 by Sir Felix Brunner and Lady Elizabeth Brunner (who was the grand-daughter of the Victorian actor-manager Henry Irving).

Facilities provided at this property include: tea-room, shop, baby changing facilities, braille guide, free parking and designated parking for disabled visitors. There is a drop off point and manual wheelchair available (please contact custodian in advance).

There is a programme of open-air events and garden days, and also there are family activities available including explorer packs and garden and house trails.

Dogs on leads and only in car park and on footpaths. 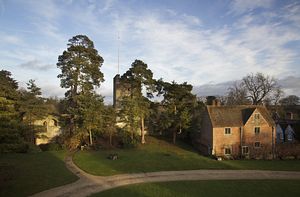 Days Out near Greys Court

Places to Visit near Greys Court