You are here:  Towns -> Places to Visit in Oxfordshire -> Henley-on-Thames

Things to do in Henley-on-Thames, Oxfordshire 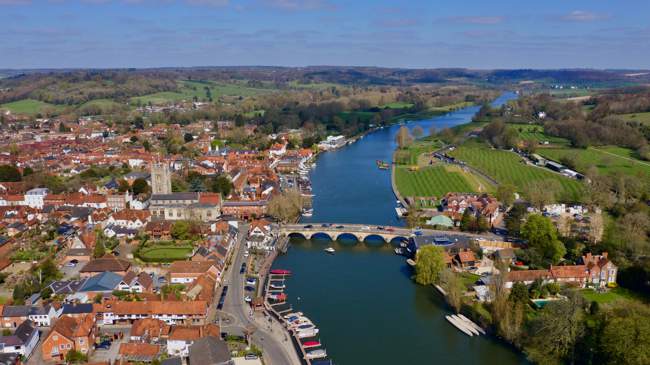 Henley-on-Thames is the epitome of a perfect English town, located on the north side of the scenic River Thames. 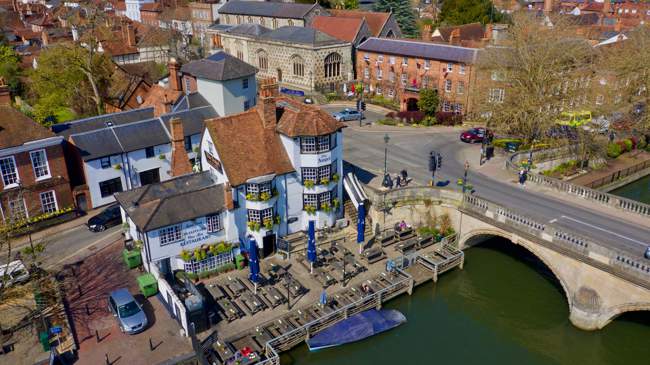 It is often called the jewel in Oxfordshire's crown.

The town is a frequent winner of the Britain in Bloom Competition, providing a superb display of colourful blooms throughout the town.

This picturesque and delightful community is also on the edge of the Chilterns, a beautiful area in its own right. 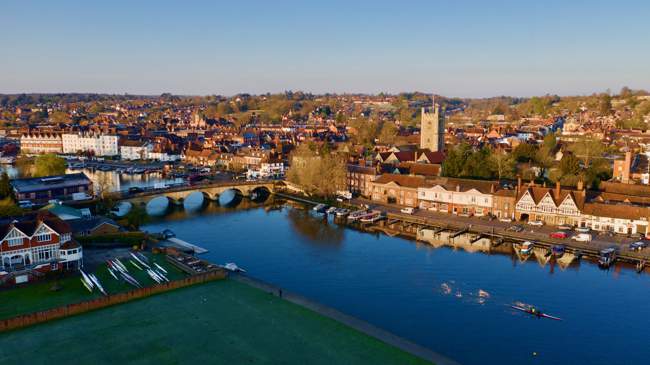 Henley-on-Thames was founded in the 12th century as a port and river crossing on the main route to London. Much of the town's activities are still river based.

The Henley Royal Regatta is held in early July each year and draws many competing world-class rowers along with thousands of spectators of this colourful even.

Strawberries and cream, striped blazers and straw boaters (hats) and glasses of Pimm's are all an integral part of the 5-day event. 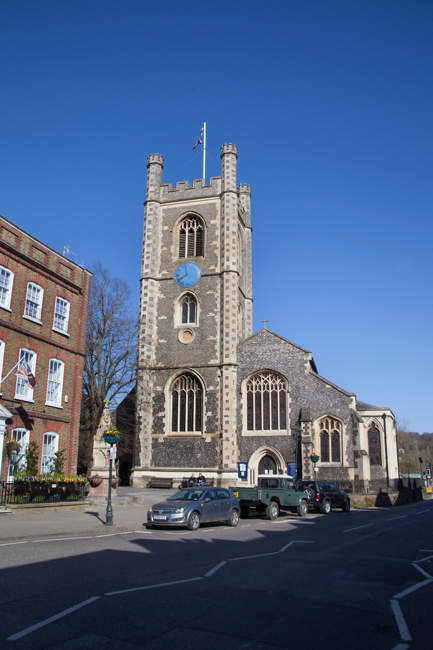 The heart of this Georgian town is the town hall, the historic Church of St Mary with its 16th century tower, and the market square which still does a brisk trade on market days.

There are a host of small cafes, restaurants and tea rooms providing all types of refreshment and a resting place after exploring the town's attractions. 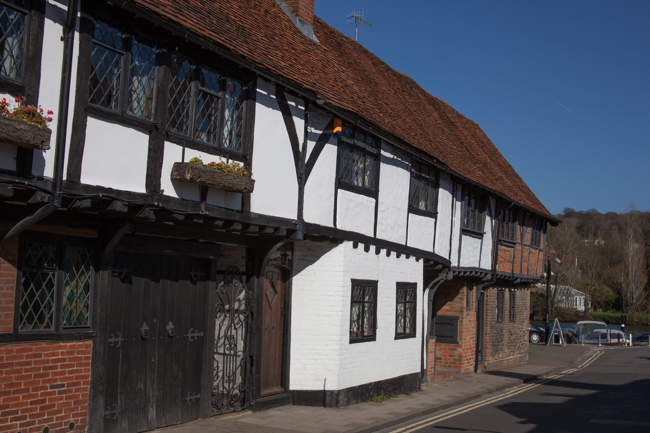 The town has hundreds of buildings listed for their special architectural or historical interest.

There is a local theatre, the Speaker's House and many historic inns.

The Red Lion has, in its time, given lodging to Charles I, Boswell and George III. It continues to offer excellent food and drinks from its riverside location. 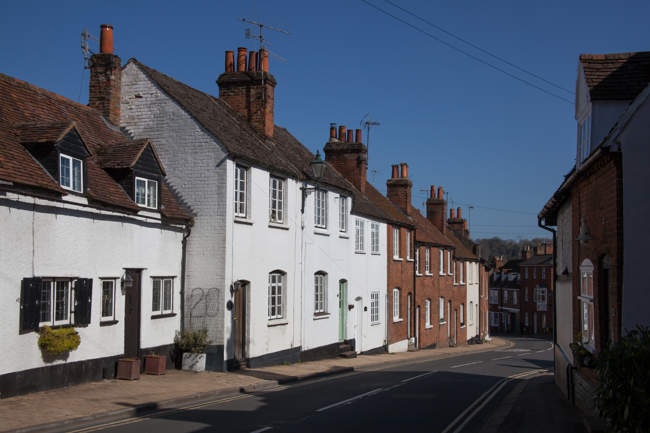 Other good places to dine are the Angel on the Bridge, the Bird in Hand and the Catherine Wheel inns.

Real ale aficionados will enjoy a tour of the Henley Brewery before sampling the local ale. 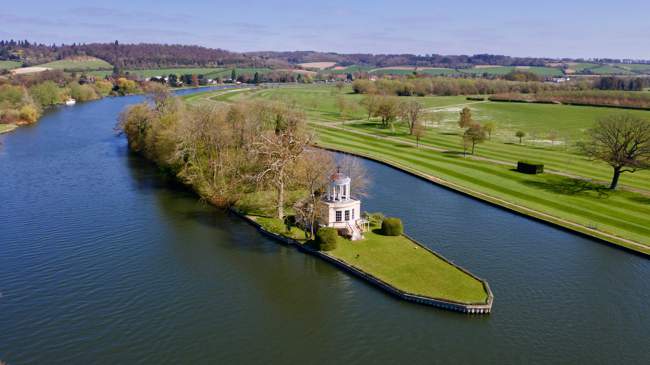 Keen boatmen will be interested in the River and Rowing Museum in the town.

Look closely at the 18th century five-span bridge and you will see carvings of Father Thames and the water goddess, Isis. 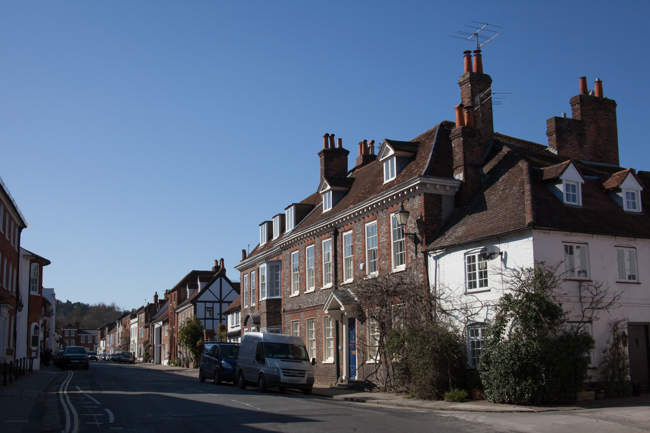 There is also a 14th century Chantry House, the Mill Meadows and Gabriel Machin's Shop, where the butcher still "smokes" salmon on the premises.

Away from the town centre the area is surrounded by lush woodland and offers peaceful walks, particularly along the river. 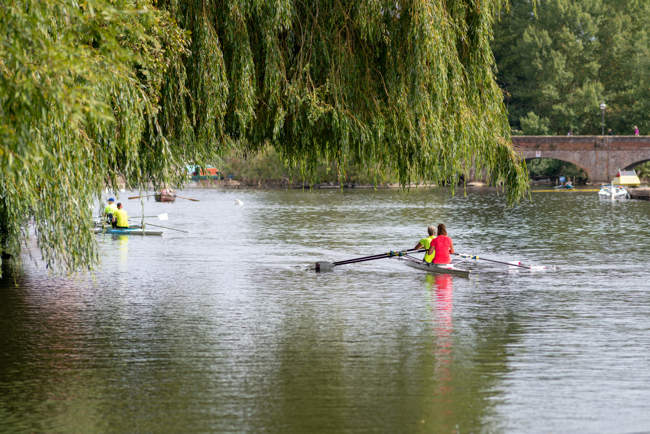 Strolls along the Thames River Path and boat trips are the most popular ways to enjoy this charming area.

The surrounding hills and woodlands offer a choice of circular walks, usually ending with refreshments at a waterfront cafe. 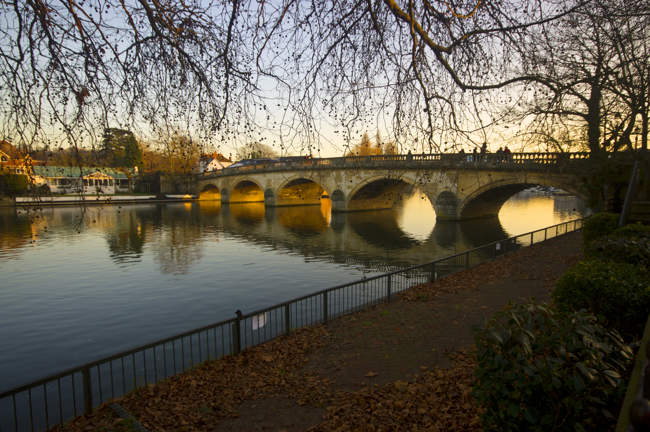 Days out from Henley-on-Thames can include a visit to Cliveden, home of Lady Astor and a day at Stonor House and Park.

Fawley Court and the Jacobean Greys Court are close by on the outskirts of Henley-on-Thames. 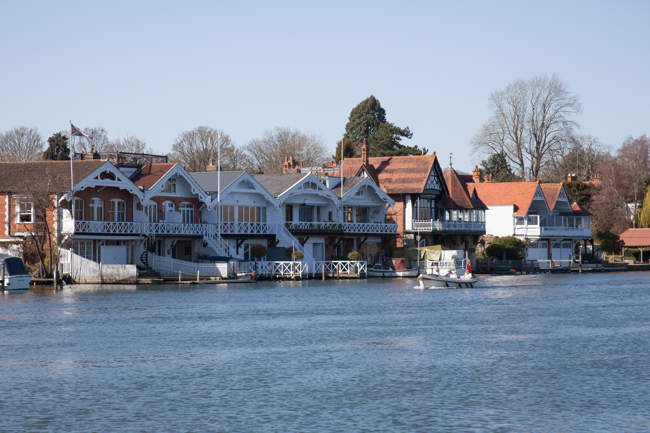 The graceful Mapledurham House and Watermill are about 6 miles away, further up the Thames, giving the opportunity to discover more scenic villages and beautiful countryside along the way. 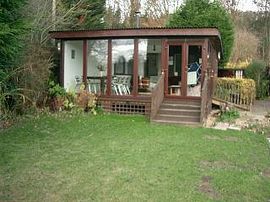 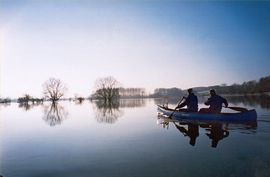 more self catering near Henley-on-Thames...

Days Out in Henley-on-Thames

Places to Visit near Henley-on-Thames