You are here:  Towns -> Places to Visit in Northamptonshire -> Silverstone

Things to do in Silverstone, Northamptonshire

Silverstone is a highly desirable village in Northamptonshire, best known as the location of the Silverstone Racing Circuit and home of the British Grand Prix.

The racing circuit actually covers a larger area than the village itself!

Silverstone (minus its racing circuit!) was recorded in the Domesday Book as "Silson" and during the Middle Ages it was a busy royal hunting lodge.

Historically, the main local business was in timber sourced from the nearby Whittlewood Forest and there are still some wood and timber yards in the locality today.

Other historic points of interest around Silverstone are the sites of mediaeval fish ponds which can still be seen near the local parish church of St Michael.

The current Gothic Revival building, completed quite recently in 1884, replaces a much earlier church building that dates back to the 13th century.

Silverstone is conveniently located within easy reach of the M40 and M1 motorways.

It has a population of just under 2,000 residents and is large enough to support a post office, a well-stocked village shop, church and a local pub, the White Horse.

The village also has its own Infant and Junior school.

The cottages and houses are clustered along the traditional meandering High Street, and the village is skirted by the main A43 to Towcester.

Village housing is made up of historic cottages with some newer housing which is in keeping with the character of the village.

The friendly local community has plenty of village groups and social events including music groups, singing and yoga classes in the Pavilion.

Things to do in Silverstone

Silverstone Circuit is about ½ mile from the village and is actually on the site of RAF Silverstone where Wellington Bomber crews were trained during World War II.

The annual highlight at the race track is the British Grand Prix, part of the Formula 1 World Championship which attracts up to 100,000 spectators in early July.

On non-race days visitors can sign up for expert driving tuition and racetrack experiences.

The Abbey bend on the circuit was where an old abbey was once situated and some of the outbuildings such as the stables and chantry remain, now converted into comfortable homes.

The surrounding countryside is rolling hills and farmland and is the ideal area for country walks along public footpaths or cycling and horse riding in the country lanes.

Golf is also available at the Whittlebury Park Golf and Country Club, just a short distance from the centre of Silverstone.

Other local sporting events which are not to be missed include racing at the Towcester Racecourse, just down the road.

This historic racecourse and conference centre offers free admission to all the race meetings before Easter to encourage new fans to experience the excitement of jump racing.

Altogether the racecourse hosts 19 National Hunt races between October and May each year.

Further afield, the privately-owned Sulgrave Manor, home of George Washington's ancestors, is an interesting place to visit nearby. 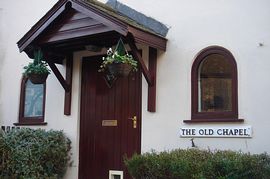 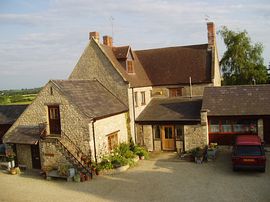 more self catering near Silverstone...

Days Out in Silverstone

Places to Visit near Silverstone