You are here:  Attractions -> Things to Do in Buckinghamshire -> Bletchley Park

If you're interested in the Second World War, computers and technology or codes and codebreaking, you’ll love visiting Bletchley Park. 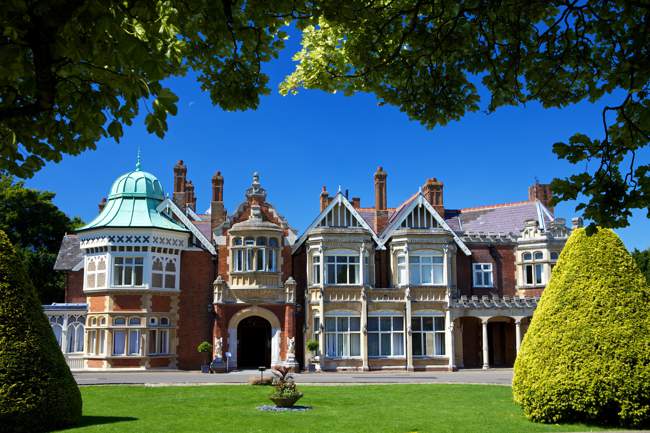 Bletchley Park was the home of Britain's secret codebreaking centre during World War II, where an unlikely group of mathematicians, crossword puzzle fanatics, chess masters and others achieved what seemed impossible:

Breaking the fiendishly complex Enigma code used by the Germans, and so shortening the war by at least two years, and saving millions of lives.

For decades their work was all but forgotten - shrouded in secrecy and never discussed by the few who knew. But in recent years this amazing story has begun to be told, in books, documentaries and Hollywood films. 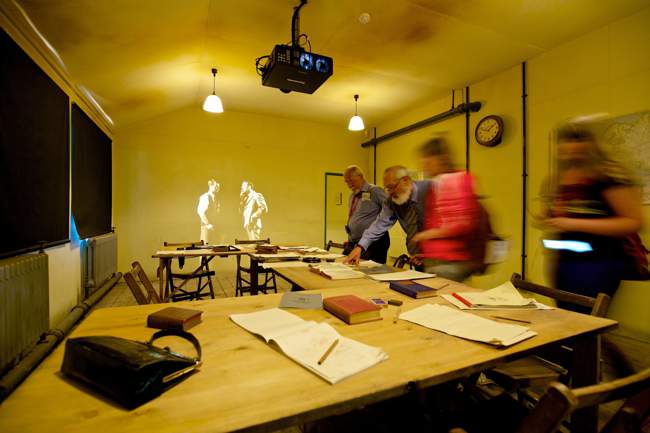 Bletchley Park itself which had been allowed to decay since the war has been re-developed into a fascinating visitor attraction which tells the fascinating story of what some of Britain’s finest minds, with thousands of dedicated personnel helping to put their vision into practice, achieved during the war.

Here are some of the highlights of a visit to Bletchley Park:

Your first stop is the Visitor Centre where you seem to step out of a railway carriage onto the platform at rural Bletchley Station in wartime.

Enjoy a short video presentation that sets the scene, then find out more about the German codes and the process used to break them with the help of large interactive touch-screen displays. 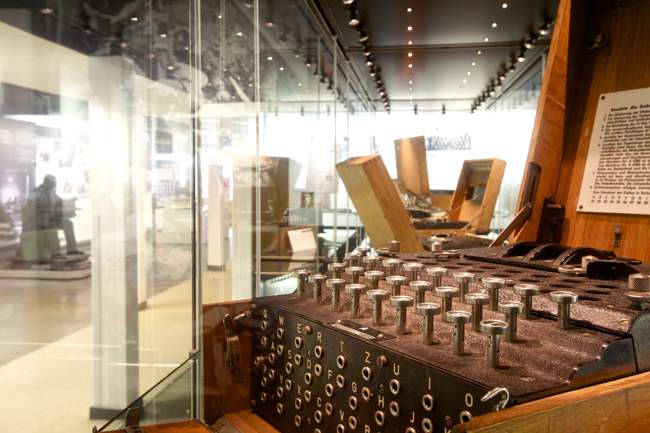 You can listen to morse code, try working a virtual German Enigma machine, and a British Typex machine. There's a real Enigma machine on display too.

Before you leave the visitor centre, make sure you pick up one of the multimedia guides - it's included in the admission price:

The multimedia guide used at Bletchley is a real step up from the usual audio guide used by many other attractions. It’s based around an iPod, so it has easy to use touch-screen navigation - and you can choose what you want to see and hear. 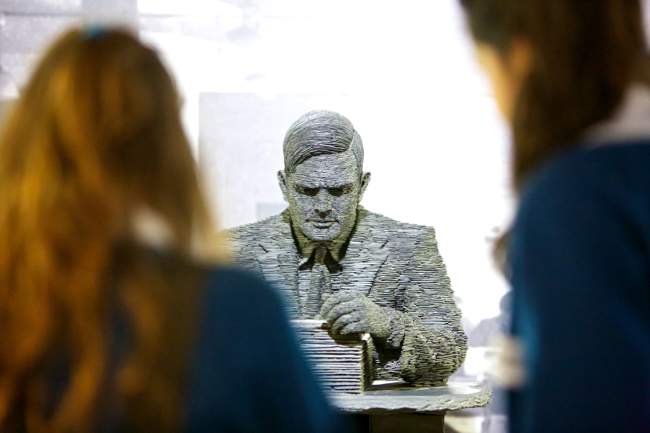 There are some interactive sections, and video interviews, although these are quite dark, and can be hard to see on sunny days.

The guide also has a family version available to keep younger members of your group entertained and engaged.

On our visit a member of staff recommended that we start by visiting Block B first - as this is home to the reconstructed bombe - the code breaking machine created by the genius of Alan Turing and Gordon Welchman, that was instrumental to cracking the Enigma code. 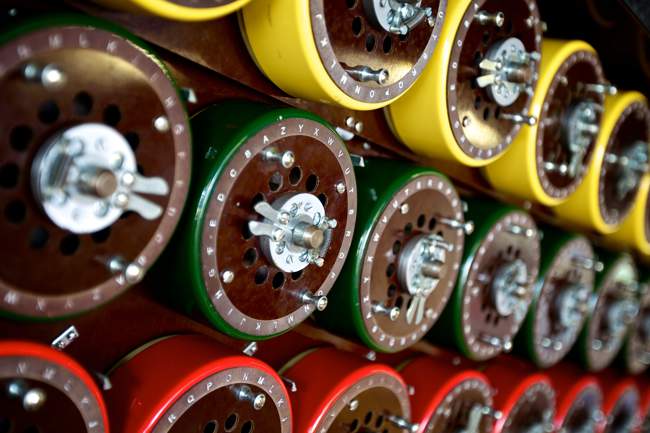 The bombe is demonstrated regularly each day (except Tuesdays), and it's well worthwhile seeing one of these excellent demos. Not only is the machine itself very impressive, but you'll understand a lot more about how the codebreaking process worked once it’s been explained and demonstrated.

Block B is also home to the Life and Works of Alan Turing exhibition, the world's largest collection of Enigma machines and an exhibition about Hitler’s “unbreakable” cipher Lorenz. Yes, they broke that too!

Visit the Mansion to enjoy the striking Victorian architecture, and an exhibition about the property and how it came to be the home of Britain’s codebreaking efforts. 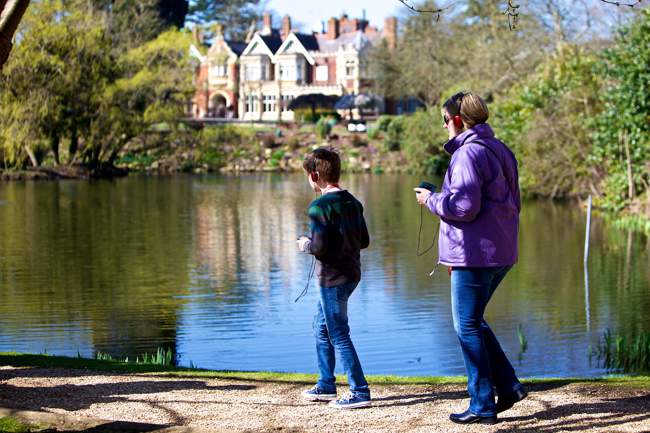 Alan Turing's enormous contribution to the allied war effort is now well known - but in the mansion you can find out more about Gordon Welchman and Bill Tutte, whose work was vital to the success of Bletchley Park.

The Mansion also has several reconstructions of office rooms and the library as they would have appeared during the war.

You can also enjoy an exhibition about what life was like at Bletchley Park, and the various events - social, musical and dramatic which were organised for entertainment and to boost morale.

If you hear unexplained sounds from the 1940s as you walk around the site, don't worry, Bletchley isn't haunted - periodically there are wartime sound effects played to enhance the atmosphere.

This is really effective because it's quite subtle - you're not subjected to a constant soundtrack of wartime songs!

Listen out for the occasional dispatch rider rushing important intelligence to London, or you might hear a game in progress on the tennis court.

As Bletchley Park had to grow fast to do its vital wartime work, time and resources were limited, so prefab huts were constructed to house all the new machines and personnel working on the site.

Several of these huts have now been opened to the public:

This hut has lots of interactive exhibits explaining some of the maths behind codebreaking in a fun and accessible way.

Hut 8 is also home to Alan Turing's office which has been faithfully reconstructed.

These are the codebreakers huts, and the rooms have been reconstructed to give some idea of the working conditions staff had to endure.

They are very dim, as they would have been during the blackout - and there was little proper heating so the codebreakers would have been very cold and uncomfortable in winter. 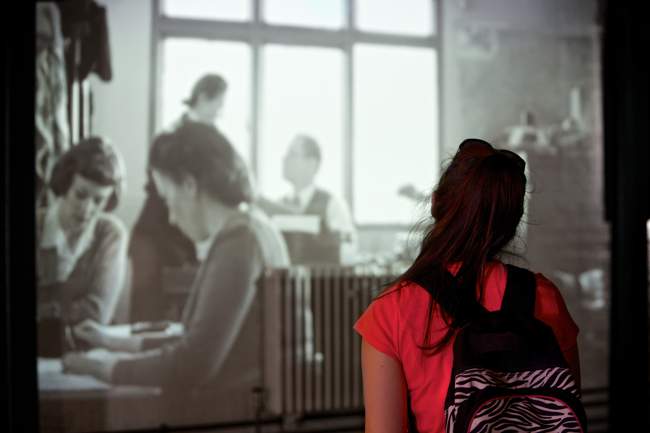 There are video projections in many of the rooms, bringing wartime Bletchley Park back to life through the stories of the people who worked there.

Situated next to the Mansion House, Hut 4 was home to the translation and analysis of the Naval Enigma codes decoded by Hut 8 - but today it's home to the cafe, with a great range of hot and cold food.

Just outside there's a Children's Play Area where the kids can get rid of some excess energy while the grown-ups enjoy a coffee in Hut 4.

The Bletchley Park site is also home to the National Museum of Computing. This is fitting, since it was at Bletchley that Colossus, the world's first electronic computer was created.

The National Museum of Computing is a separate attraction to Bletchley Park with a separate entry fee.

Those are the highlights of our visit to Bletchley Park - but there's more to see. In fact we ran out of time to see everything, and we'll have to go back!

Luckily that's easy because when you buy your tickets you can choose to convert them into an annual pass which will allow you to return any time within 12 months to see anything you might have missed.

Days Out near Bletchley Park

Places to Visit near Bletchley Park