You are here:  Towns -> Places to Visit in East Sussex -> Rye

Things to do in Rye, East Sussex 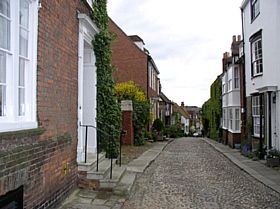 The historic small town of Rye stands on the edge of Romney Marsh in East Sussex. It is at the confluence of the Brede, Tillingham and Rother rivers.

It was first developed as a safe harbour probably in Roman times and became a key place for storing and transporting iron ore produced at nearby Wealden.

Rye was given by King Ethelred to the Benedictine Abbey at Fecampe and it remained in Norman ownership until 1247.

As one of the mediaeval Cinque Ports which were important for trade, Ypres Tower was built in 1249 and was known as Baddings Tower. It is now part of Rye Castle and houses the local museum.

As the river silted up and ships became larger, Rye lost its importance as a port. The town became known for its smuggling in the 18th century and 19th century and for providing ships and sailors to the Crown at times of war.

The town has many old passageways and historic inns such as the Mermaid Inn, built in 1156, which was the rendezvous of the Hawkhurst Gang. They were notorious for their smuggling and when they lost a shipment to the revenue officers, they brazenly raided the custom house at Poole to steal back their loot!

Since World War II, Rye has become well known for its pottery and ceramics. It still operates a fishing fleet and thrives on tourism.

Rye is a relatively small town with just 4,000 residents, known as Ryers. It has plenty of old cottages and buildings which are used as art galleries, small hotels, cafés, antique shops and restaurants catering to the many tourists.

The oldest parts of Rye are on the original rocky heights and include St Mary's Parish Church, Rye Castle, Lamb House and the houses along Watchbell Street, Mermaid Street and Church Square.

There are many secret tunnels in the town including those to the Olde Bell Inn and The Mermaid Inn. The colourful history of the town is part of its charm.

As well as local shops, Rye has a Farmers' Market every Wednesday on Strand Quay and a general market on Thursdays.

It has railway connections to Ashford and from there the Eurostar runs to London or to Paris Gare du Nord.

Things to Do Around Rye

Visitors can explore the well preserved site of Ypres Tower and Rye Castle. It is now part of Rye Museum. Blue guide tours are an excellent way to explore the town's historic sites.

Walkers can enjoy the many footpaths in the area. The Saxon Shore Way is a long distance footpath which passes through Rye en route to Hastings. The 1066 Country Walk and the High Weald Landscape Trail are popular. The Royal Military Canal Path also provides a pleasant trail along the waterway to Hythe.

The Rye Harbour Nature Reserve is part of the area's Site of Special Scientific Interest. For keen birdwatchers there is an RSPB Reserve at Dungeness and a Bird Observatory at the Old Lighthouse. 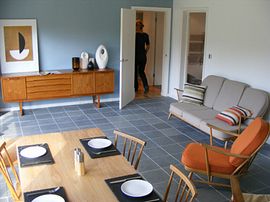 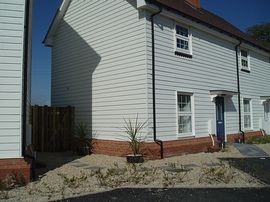 more self catering near Rye...

Days Out in Rye

Places to Visit near Rye