You are here:  Towns -> Places to Visit in Northamptonshire -> Rushden

Things to do in Rushden, Northamptonshire 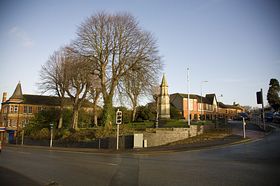 Rushden, called Risedene in the Doomsday Book, apparently takes its name from the stream or brook that can be seen in Rushden Hall Park before it disappears under the modern Duck Street.

For much of its life it was an agricultural community until Victorian times, when it became noted for its footwear. The redbrick terraces and period factory buildings still to be seen in the town stand testament to this. The former John White shoe factory on the Higham Road, now converted into flats, is a good example of buildings generated by the footwear industry, in a bygone era.

Rushden's population remained static for over a century, but has now increased considerably due to the large tracks of new houses. It does however; boast a number of interesting architectural gems. St Mary's Church dates from the 13th century and the historic Rushden Hall dates from the 14th.

The former coach station on the Higham Road was built in the 1930s and is a wonderful piece of period architecture that many would describe as "Art Deco". Another survivor from this period is the Ritz cinema on College Street.

The former Midland Railway station, on the disused Wellingborough to Higham line, has been preserved by a transport preservation trust, it contains many artefacts of 20th century railway life.

Rushden is, a bustling town with the usual high street shops, it is now bypassed by the A6, providing good links to the M1 and A14 via the A45.

A short drive away is Higham Ferrers with its delightful market square and a number of fine historic buildings. 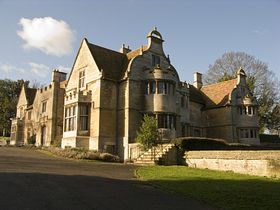 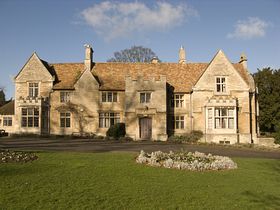 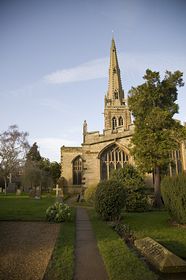 more self catering near Rushden...

Days Out in Rushden

Places to Visit near Rushden