You are here:  Towns -> Places to Visit in Northamptonshire -> Higham Ferrers

Things to do in Higham Ferrers, Northamptonshire 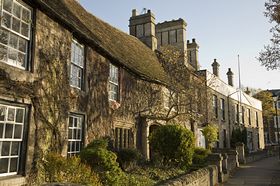 The town of Higham Ferrers is one of the gems of Northamptonshire. It contains a number of historic buildings and has a scenic market place.

Its most famous son, Henry Chichele became Archbishop of Canterbury and adviser to Henry V, in the 13th century. He was instrumental in the founding of Chichele College in the town, and the Bede House and Chantry Chapel, both of which stand next to the splendid parish church of St Mary the Virgin.

There are a number of other historic and industrial relics sited off Midland Road including the site of William Peverel's old castle, a manor house and buildings of architectural note relating to the footwear industry. A tour guide is displayed on an information board in the Market Square.

Now bypassed by the A6, Higham once stood on this major road north and has a number of old coaching inns. The town has a number of shops, and its close neighbour Rushden has many well-known High Street retailers.

Higham has shared in the house-building boom of the last two decades and has expanded considerably. Its close proximity to the A45 and A6 give it excellent links to the M1 and A14, putting the major towns of Northampton (approx: 20 miles and Kettering (approx: 10 miles) in easy reach.

In spite of its recent expansion, Higham Ferrers is still essentially a bustling small rural town, sitting to the south of the shallow Nene Valley. 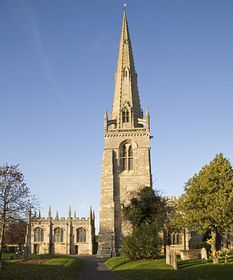 more self catering near Higham Ferrers...

Days Out in Higham Ferrers

Places to Visit near Higham Ferrers