You are here:  Towns -> Places to Visit in Northumberland -> Otterburn

Things to do in Otterburn, Northumberland

Otterburn is a small Northumberland village situated on the banks of the River Rede where it merges with the Otter Burn, which gave the village its name. 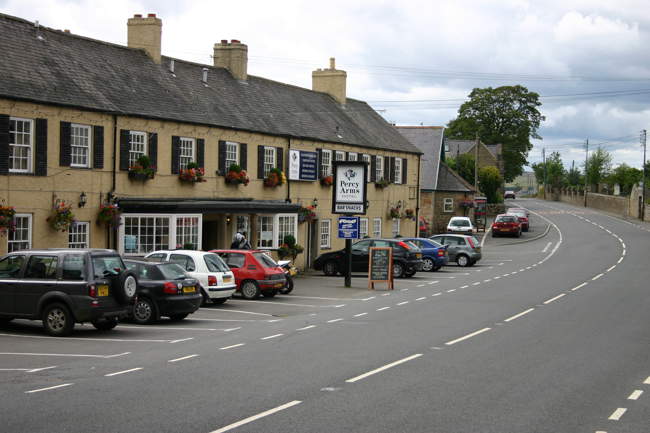 Situated in Redesdale in the Cheviot Hills, the village of 500 residents is 26 km (16 miles) from the Scottish border and 50km (31 miles) from Northumberland.

Surrounded by natural beauty, the small village of Otterburn is in the Northumberland National Park.

Once a staging post en route to Scotland, Otterburn continues the tradition with the 17th century Percy Arms, a former coaching inn, located on the main road (A696) which runs from Newcastle to Edinburgh.

The road running through Otterburn remains a busy and important route joining England and Scotland.

Local landmarks include Otterburn Hall which was rebuilt as a stately home in 1869. Otterburn Tower is also easily spotted.

It was originally a Pele Tower first recorded in the area in 1245 and since then has been altered and extended.

The tower was said to have been founded in 1086 by a cousin of William the Conqueror and is now the Otterburn Tower Hotel.

The crenellated battlements along the roofline are in keeping with it being built as a small fortified keep, one of many along the border with Scotland at that time.

The village has its own church, dedicated to St John the Evangelist, which has a small clock tower and spire. The remainder of the community is scattered around the fields and farmland of this rural area.

Things to do in Otterburn

The area around Otterburn is ideal for walking and rambling, pony trekking, golf, cycling and fishing and leisurely outings of sightseeing around the many castles and country houses in the area.

Located beside the River Rede, Otterburn Mill was once driven by waterpower to produce its famous woollen tweed fabrics. Today it can be visited as an interesting shop and local Visitor Centre. 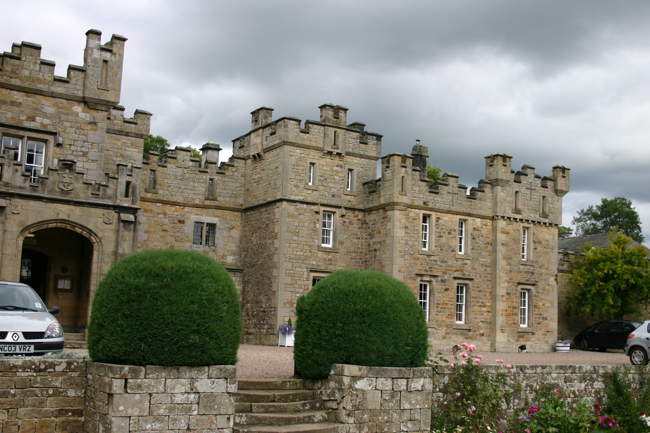 The Northumberland National Park offers some beautiful undulating countryside which is ideal for scenic walks, mountain biking or driving tours around this lovely area.

Those who enjoy outdoor pursuits should head for the Great Kielder Forest and Reservoir which offers many sports opportunities just 10 miles away.

Hadrian's Wall runs nearby and Holy Island, Wallington Hall and Cragside are all within easy reach of Otterburn.

Visit the Otterburn battlefield, see the memorial and read the full account of the battle of the information boards at the battlefield site.

Historically Otterburn is best known for the battle in 1388 between the Scottish and English armies. The battle is immortalized in the ballad Chevy Chase and the Scottish ballad simply called Otterburn. 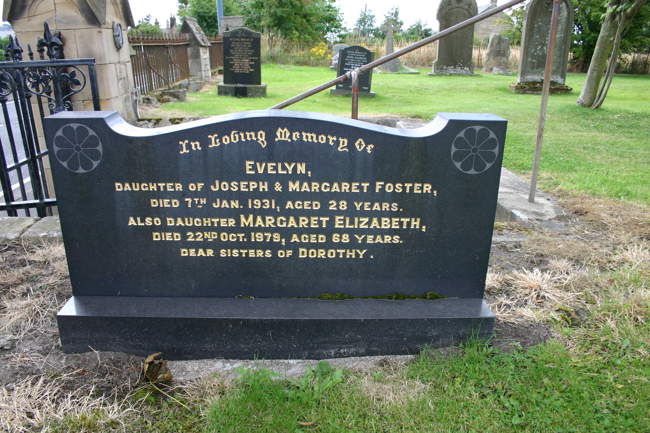 The stone column known as the Percy Cross marks the spot where the battle took place, now a peaceful and remote spot in the middle of a small plantation.

The English army numbered 8,000 men against the Scots, led by James Douglas, the 2nd Earl. The English were defeated, the Earl of Douglas was killed and Sir Henry Percy, leader of the English army, was captured.

Over 1,000 English soldiers lay dead and were later buried at Elsdon church. Perhaps the atmosphere of the battle lingers on as one of the largest army training camps and firing ranges is located close by at Redesdale, just outside the village of Otterburn.

Days Out in Otterburn

Places to Visit near Otterburn