You are here:  Towns -> Places to Visit in Northumberland -> Alnwick

Things to do in Alnwick, Northumberland 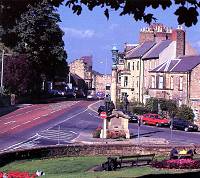 Alnwick is the historic county town of Northumberland. Cobbled streets, narrow alleys and fine buildings combine to make Alnwick one of the most picturesque market towns, it is situated in the very heart of Northumberland. This medieval market town is dominated by Alnwick Castle, family home to the Duke of Northumberland. Rising magnificently from the banks of the River Aln, it is considered to be one of the finest castles in England, it is known as 'the Windsor of the North'.

Although years of conflict with the Scots restricted the town's growth, the subsequent development of the stage coach ensured the economic prosperity of the town. Alnwick became an important staging post, only a days ride from Berwick upon Tweed in the north and Newcastle upon Tyne in the South. 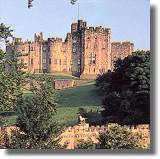 As a result in 1860 the number of inns in the town exceeded 50. A few of those still remain, including the White Swan Hotel, within which is the 'Olympic Suite' taken from the Olympic, sister ship of the Titanic.

Today the town has a number of fine listed buildings, which house a variety of small local specialist shops unique to the area. The centre piece of the town is the recently refurbished Market Square dominated by the Market Cross. Here the weekly Saturday and Thursday market is held and a Monthly Farmers' Market. The town's two major annual events are also held here; the week long costumed Fair in June and the International Music Festival in August provide entertainment for all the family in a safe and welcoming environment.

Days Out in Alnwick

Places to Visit near Alnwick