You are here:  Towns -> Places to Visit in Northumberland -> Greenhead

Things to do in Greenhead, Northumberland 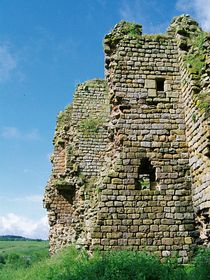 The small community of Greenhead has been at the centre of human activity for thousands of years. It stands on the Tipalt Burn, a tributary of the River South Tyne as well as straddling the Carlisle to Newcastle Railway and the former main road between the two cities.

The village stands in an area of rugged beauty on the edge of the Northumberland National Park and provides an ideal centre for those visiting Hadrian's Wall and the North Pennines.

Passing through the village is the Stanegate; before Hadrian built his wall Julius Agricola had built the Stanegate a road, from east to west to allow the quick movement of troops.

Then there is the wall itself built by Hadrian's Army in the second century AD it stretches from Wallsend to Bowness on Solway and passes within half a mile of the village centre. The Roman fort of Carvoran lies on the edge of the village and the Crags at Walltown provide a spectacular appreciation of what life on the wall was like in all the weathers that the Pennines can produce.

Just where the Tipalt Burn breaks through the ridge on which the Wall sits is Thirlwall Castle. Built in the early years of the fourteenth century the castle was almost entirely built from materials robbed from the Wall and other Roman structures. Its ruin now stands as a stark reminder of the troubled times through which the Border Lands have lived.

Greenhead is at the centre of a network of footpaths and two National Trails pass through. The Pennine Way and the Hadrian's Wall Path share the route for some miles after joining just north of the village; also the Sustrans National Route 72 passes through the village making it a perfect centre for cyclists.

Greenhead is still a vibrant village community with a hotel, camp site, tea rooms and plenty of accommodation including a youth hostel which was formally the Methodist Hall, built to satisfy the religious fervour of the miners. St Cuthbert's Church acts as a focus for the community and a regular Farmer's Market based at the village hall all add to life in Greenhead. 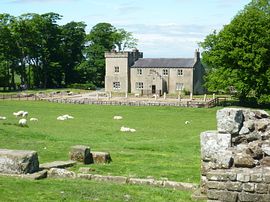 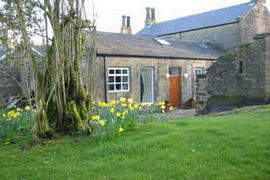 more self catering near Greenhead...

Days Out in Greenhead

Places to Visit near Greenhead