You are here:  Towns -> Places to Visit in Lincolnshire -> North Elkington

Things to do in North Elkington, Lincolnshire

North Elkington is a Hamlet on top of the Lincolnshire Wolds, above the well known market town of Louth (with its famous Spire and Georgian architecture).

The hamlet itself consists of a mere dozen properties on two roads - the main public highway of North Elkington Lane, and the unpaved bridle path (becoming right of way footpath), of Church Lane. Where the bridle path enters the field on the second bend (with its own galvanised gate), one can look north to Grange Farm. The deep riven cleft in the field that runs toward the farm was once known as Main street, North Elkington!

The cottages along the lane were Grange Farm Cottages (even if the other farm is closer - something that may have more to do with the machinations of landowners over the centuries). The buildings down the lane appear on maps from 1815.

A closer look at the grass fields on either side of Church Lane reveals some hints of its' older past. One can see the remnants of the foundations of buildings and village ponds, left over from the previous occupants who died in the bubonic plague.

North Elkington is mentioned in the Doomsday Book. The Church (masked behind a screen of trees and private dwelling now) of St. Helen's is the third ecclesiastical building to occupy the site since the 11th century (or earlier).

When one walks the length of the footpath, over the stile and skirting the hedge, you walk along the continuation of what was obviously the medieval track that leads down the valley in the direction of the coast.

I have no real evidence for the following, it's pure reasoned speculation. Having dug up a small bottle which appears to me to be Roman glass (the Romans were in nearby Lincoln for centuries), noting the high vantage point of the village (there's virtually no-place higher with a roof on it in the county) which commands wonderful views of the coast) and the presence of a significant farm building. I have wondered if North Elkington began its life as a vantage point for early British tribes, then was adopted/ expanded by the Lincoln Roman garrison, and used by the dark age Britons before the black death. Greater minds than mine will no doubt have the means to discover it - but when standing in one's garden and thinking of these things, it's an easy leap of imagination! 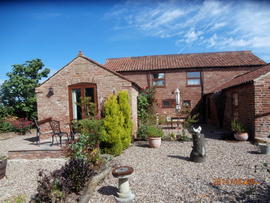 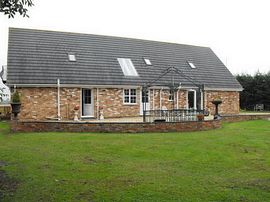 more self catering near North Elkington...

Days Out in North Elkington

Places to Visit near North Elkington