You are here:  Towns -> Places to Visit in Dumfries and Galloway -> Moffat

Things to do in Moffat, Dumfries and Galloway 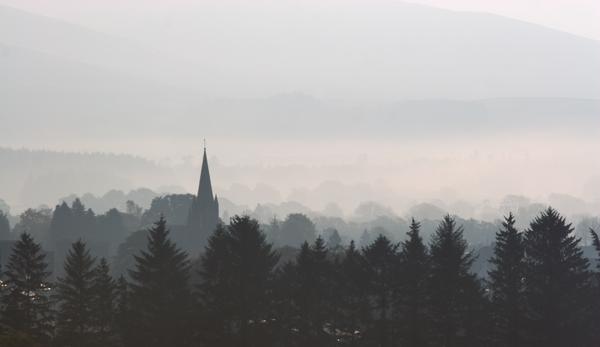 Frequent winner of the Scotland in Bloom Award, Moffat is a gem in the heart of southern Scotland. It is a small and charming town on the River Annan, 24 miles north of Dumfries.

The town is the ancestral home of the Clan Moffat and the Auldton was the site of a 12th century church.

On the south west rim of the crater known as the Devil's Beef Tub is a monument to John Hunter. He was a Covenanter, shot dead by dragoons as he tried to run up the steep slope of the Beef Tub.

In 1633 a mineral spring was discovered and Moffat developed as Scotland's first spa town. Sulphurous spring waters were piped down from the old well to a bath house in the town, now used as the Town Hall. 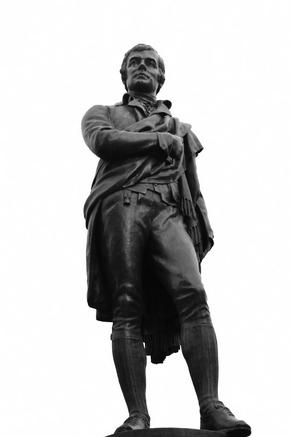 With the rising popularity of health spas for all manner of ailments, hotels sprang up in Moffat to cater to the many visitors in the 1870s. One of the largest was the Moffat Hydropathic Hotel which was destroyed by fire in 1921.

Famous visitors to Moffat include poet Robert Burns, who came for the waters and frequented most of the local bars.

Grave robber and murderer, William Hare, stayed at the Black Bull Hotel after turning King's Evidence against his partner in crime, William Burke. Together they murdered 17 people and sold the corpses to Dr. Robert Knox for dissection.

A murder trial at Moffat was the first time in history that forensic evidence was used to make a conviction. Dr Buck Ruxton, the Lancaster murderer, was found guilty of throwing a body from the Moffat bridge into the stream. The area is still known as "Ruxton's Dump".

Moffat is a delightful small town to stroll around. The town is filled with small shops, cafés and several award-winning restaurants around the green.

The Moffat House Hotel is a local landmark and was designed by John Adam. The Star Hotel is another noteworthy building, due to it being just 20 feet wide. It was listed in the Guinness Book of Records as the narrowest hotel in the world!

Moffat is famous for its toffee which is sold in many local shops. It is handmade in small batches and over 700 pounds of toffee is sold every week. It resembles a boiled sweet with a tangy centre, rather than a soft toffee.

In the centre of the town is a wonderful ram sculpture. It was commissioned from William Brodie, Associate of the Royal Scottish Academy, by William Colvin, a local businessman to celebrate the town's main commercial industry - wool.

Things to Do Around Moffat 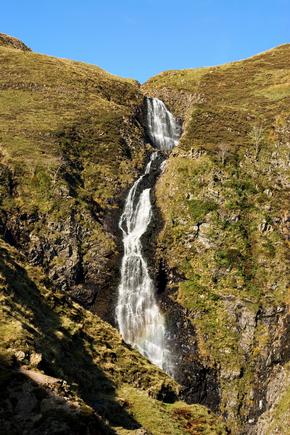 Visit the Devil's Beef Tub, a deep hollow in the hills just outside Moffat.

It was used by the Border Reivers to hide rustled cattle; the Reivers were nicknamed "devils".

The old sulphur well can be visited in Tank Wood off Haywood Road. It has sulphur deposits on the walls and has a strong smell.

Walkers can join the Sir Walter Scott Way near the town and the popular Southern Upland Way runs nearby.

Gallow Hill, named after the hangings which took place there, is also popular with walkers.

The Grey Mare's Tail is a local attraction with its 200 foot high waterfall and a nature reserve. 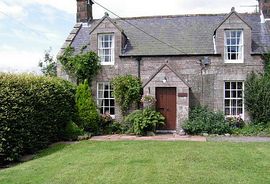 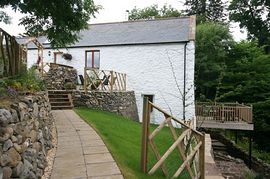 more self catering near Moffat...

Days Out in Moffat

Places to Visit near Moffat