You are here:  Towns -> Places to Visit in Highland -> Inverness

Things to do in Inverness, Highland 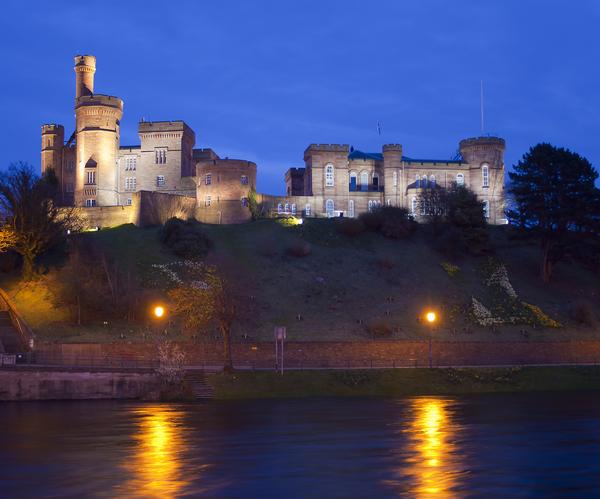 In the year 2000, Inverness was granted city status, one of the three Millennium Cities in Britain and Scotland's fifth city. Inverness, the capital of the Highlands, is Scotland's most northerly city situated at the head of the Great Glen, at the mouth of the River Ness, on the shores of the Moray Firth. 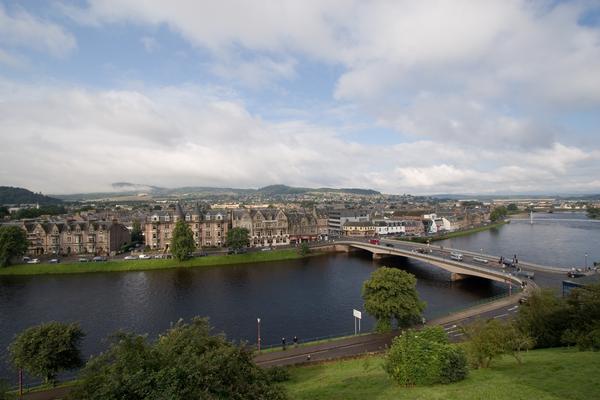 Inverness is an attractive and historic city, at the busy crossroads of the highland region. Thriving and prosperous, the city is popular with both locals and visitors. Its situation makes it the ideal place from which to tour the highlands, or explore the area around Loch Ness and along the coast of the Moray Firth. 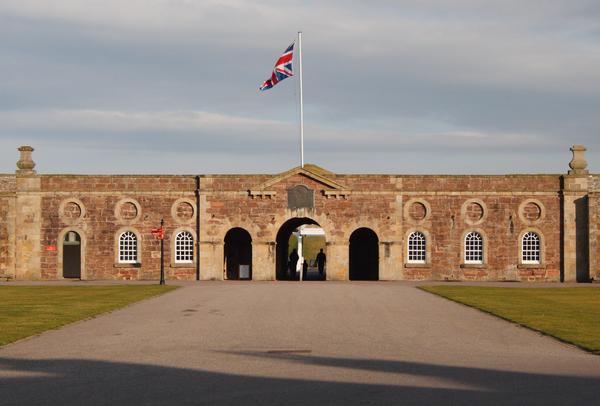 Historic Cawdor Castle, Fort George and the famous Battle Ground of Culloden Moor are all within easy reach.

It is believed that in 565 A.D. St Columba visited King Brude, converting the community to Christianity. You can still see the remains of the Pictish King's fort on Craig Phadrig. 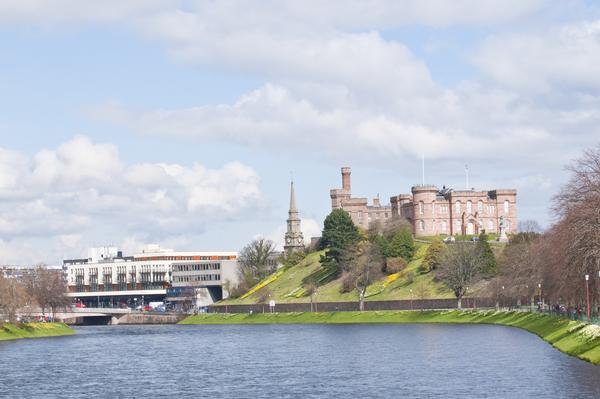 A City of Three Castles!

Inverness has had three castles throughout its history, in the mid 12th century King David built the first stone castle, which was destroyed in the Wars of Independence. Mary Queen of Scots was refused entry to the second castle in 1562, she had its governor hanged from its ramparts for his temerity. This castle was blown up by the Jacobites to save it falling into the hands of the English. 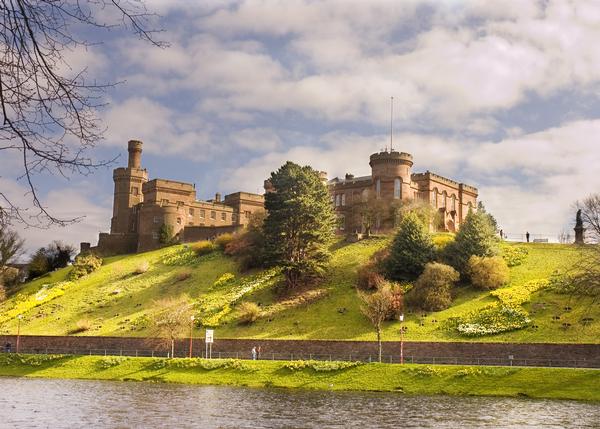 Today the red sand-stone castle, set on its low cliff overlooking the peaceful River Ness, dates from the 1830's, it is home to the Sheriff Court and in summer you can enjoy the Castle Garrison display, showing life in the 18th century Hanoverian Army.

The centre of Inverness contains some fine old buildings like the Town House, dating from 1878-82, where the first Cabinet meeting outside London was held; called in 1921 by Lloyd George (who was in Scotland on holiday), to deal with the Irish crisis of the time. 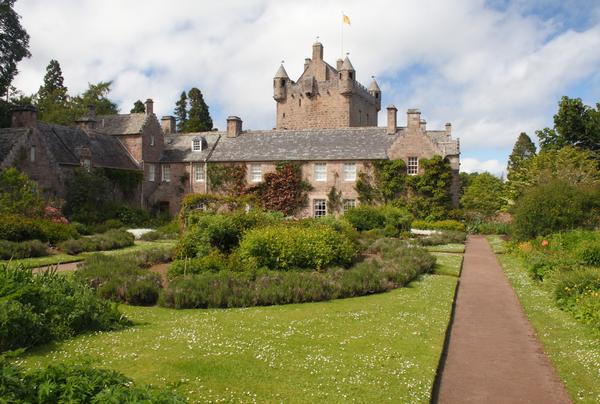 The Cathedral of St. Andrew, the Old High Church and the Town Steeple are all worthy of note as is the interesting Mercat Cross.

Below the cross is the old "stone of tubs", or in the Gaelic, clach-na-cudainn. Women returning from the river paused here for a rest, balancing their wash tub on this stone. Local legend tells that as long as the stone remains in its place Inverness will continue to prosper. 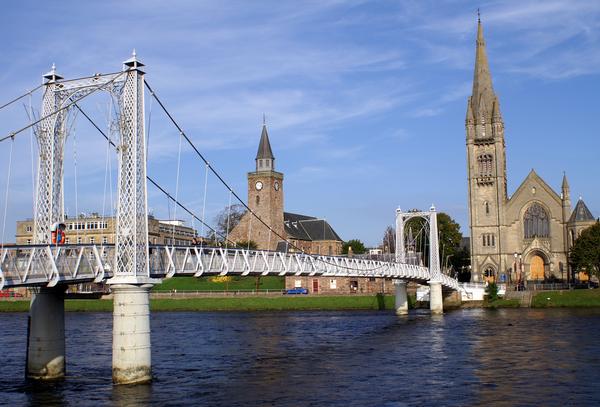 Inverness is a place of beauty and culture, the city has various galleries showing the work of local artists. The Museum and Art Gallery tells the story of the highland region. Across the suspension bridge, the Georgian Balnain House is dedicated to the music and instruments of the highlands. An interactive exhibition traces the development of Scottish music from prehistoric times to the present, and you can even try to play the bagpipes or clarsach. 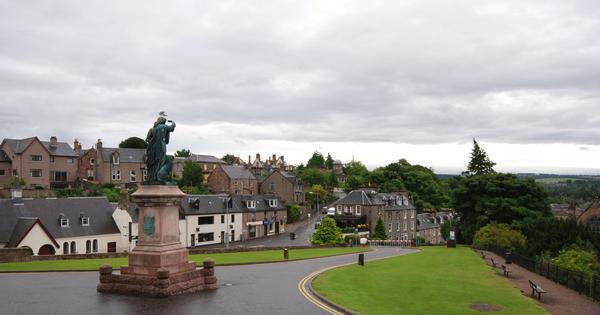 There are several large, well known high street names in the city, but perhaps more interesting are the local specialist shops where you can buy a wide variety of goods, including locally made kilts, tartans and woollens.

Inverness has three golf courses, a Sports Centre and the popular Aquadome. A Cinema and the Eden Court Theatre, which is a focal point of cultural life in the highlands.

The city boasts a good choice of hotels and restaurants, serving both local dishes and multicultural cuisine. 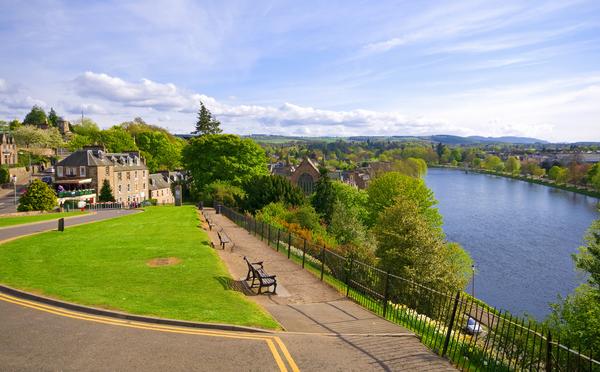 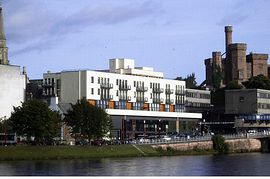 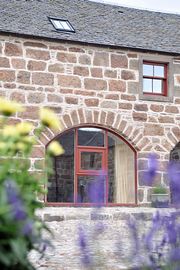 The Dairy at Daviot - 3 Miles

more self catering near Inverness...

Days Out in Inverness

Places to Visit near Inverness